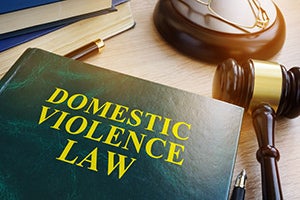 If convicted of domestic violence in Los Angeles, the court could impose a wide range on penalties depending on the details of the case.

There have been many high-profile domestic violence incidents in California over the years which have brought close scrutiny to the very dangerous nature of these type of cases.

Domestic violence is the one of the most commonly reported crimes in Los Angeles County.

Under California law, there are a lot domestic violence “wobbler” offenses, which means the prosecutor has the discretion to file the case as either a misdemeanor or felony crime.

If you are convicted of domestic violence, there are usually many penalties imposed by the judge, but there are also many collateral consequences that could affect you for life.

There are a wide range of penalties for charges related to a domestic violence, some misdemeanor cases carry up to one year in county jail, while felony convictions carry more extensive penalties, including a potential “strike” under California's Three Strikes law.

There are also a wide range of domestic violence related charges, including:

To give readers a better understanding of sentencing in Los Angeles domestic violence cases, our law firm is providing an overview below.

If convicted of a domestic violence related incident, there many terms and conditions of probation you will be required to follow.

You might be required to serve some jail time as a condition of probation.

The judge will normally order you to complete anger management or domestic violence counseling, and if you fail to successfully complete the classes in a timely fashion, you could be facing a probation violation.

If you are placed on probation by the court, you might be ordered to complete a 52 week batterers' program known as the Batterers' Intervention Program (BIP).

The terms and condition of probation for a domestic violence offense are covered under California Penal Code 1203.097.

The one-year program will require you attend a two-hour class once per week and must be completed within 18 months.

Attendance in the classes is crucial as you are only allowed 3 absences, which must be for good cause.

You will be required to pay fees for the program, which could be modified based on ability to pay.

The primary goal of the classes is to help you gain a better understanding of the issues causing your domestic violence incident and to prevent abuse in the future.

The judge could also order you to complete community service or even community labor hours as a condition of probation.

You might also be ordered to pay court fines along with well as victim restitution for any damages incurred due to your conduct.

Normally, the judge will also issue a protective order that will prohibit you from contacting the victim, but the judge has the discretion to modify the order for peaceful contact if it's requested by the victim.

This means they can still communicate, but you will be ordered to not annoy, molest, strike, or harass the other spouse.

However, there are some judges who will require a full protective orders even in a situation where the victim is requesting contact.

A protective order is issued by the court to protect the victim in domestic violence cases.

Clearly, a full protective order can have a huge effect on a family who seeks to keep their relationship together and wants to work their disagreements.

The terms of protective orders can vary and the judge has discretion over exactly which conditions are imposed and which persons are protected by the order.

If you are found to be in violation of the protective order, you could be facing a probation violation along with new charges under California Penal Code 273.6.

If you are convicted of a misdemeanor domestic violence crime, such as domestic battery described under California Penal Code 243(e)(1), you will normally be placed on probation for a certain amount of time.

The probation can be supervised or unsupervised and will require you to successfully complete all the terms of probation.

Penalties will increase if you are convicted of domestic violence charge within seven years of a prior conviction.

A domestic violence conviction could also be considered a “strike” under California's Three Strikes Law.

In addition to the all the penalties discussed above that can be imposed by a Los Angeles criminal court judge, there are many collateral consequences that are directly connected to a domestic violence conviction.

For example, you will lose your right to own or possess a firearm.

You could lose your custodial or visitation rights with your children.

Also, if you are an undocumented immigrant, domestic violence is considered a crime involving moral turpitude, meaning the consequences could include removal, deportation, exclusion from admission to the United States or denial of naturalization.

A domestic violence conviction might put your professional license in jeopardy and the conviction will also appear on background checks conducted by potential employers.

We are former prosecutors and understand effective defense strategies to the best chance at a favorable outcome.

We are skilled courtroom negotiators and might be able to get your domestic violence charges reduced or dismissed.