What is a Writ of Habeas Corpus?

Habeas corpus refers to the principle of freedom from unlawful detention. While it has existed in legal systems for centuries and is also addressed in federal law, California has laws addressing habeas corpus petitions via Penal Code 1473 PC.

Habeas Corpus petitions are filed in a California court by inmates or, more specifically, their attorneys, claiming they have been unlawfully detained or imprisoned. It is considered a last legal resort after other legal remedies and appeals have been exhausted. 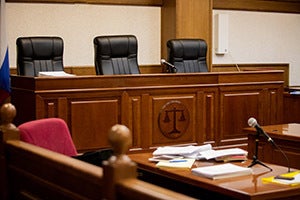 A writ of habeas corpus in California is where an inmate challenges their conviction or sentencing.

A writ of habeas corpus is a legal petition presented to judges in criminal cases by inmates in custody where they are challenging their conviction or sentencing conditions. Essentially, it is a prisoner's legal strategy to challenge their criminal conviction or sentence after filing all potential appeals in their case.

However, some requirements must be satisfied before someone can file a habeas corpus writ. These include they must be currently in custody, have exhausted all other possible appeals, and an appeals court did not already resolve the issue in their petition.

Typical examples where a court has granted a habeas corpus petition include claims of new evidence discovered in the case, ineffective assistance of counsel, prosecutorial misconduct, incompetence to stand trial, and challenging conditions of confinement.

If the court decides to grant the inmate's petition, they could be released from custody, reduce their charges, or modify their sentence or conditions. In this article by our Los Angeles criminal defense lawyers, we will discuss this subject further below.

The term "habeas corpus" is Latin for "you should have the body." It is a legal mechanism that enables prisoners and detainees to challenge the conditions of their conviction, sentencing, or detainment—effectively stating that they have been wrongfully imprisoned or detained. It's designed to be an extraordinary remedy used only in unusual circumstances.

When an attorney brings a habeas corpus petition before the court, a writ of habeas corpus is issued by the court to the government official in question, such as a prison warden, to produce the prisoner in court so that the court can determine whether or not the detention is lawful.

If the prisoner prevails in the court and determines they are illegally detained, the court will either release the prisoner or modify the terms of sentencing to comply with the law.

It's the last method a convict has to challenge their conviction or sentence after all appellate options have been pursued. In other words, it's considered the last remaining hope for people who are wrongly incarcerated.

What Are the Requirements?

California law only allows prisoners or defendants to file a writ of habeas corpus if their case meets the following criteria:

What Are the Common Reasons for Granting a Habeas Corpus Petition?

Suppose you file a petition for habeas corpus. To be successful, you must demonstrate that in some way, your rights were denied or violated in the process of detaining you, meaning you have been detained illegally. Common arguments for granting a habeas corpus petition include:

What Is the Habeas Corpus Process?

A habeas corpus petition proceeds through the courts in a particular manner. The process moves as described below.

The petitioner, typically through an attorney, files a writ of habeas corpus to the relevant court, usually the California Superior Court, and the arguments as to why the petitioner has been illegally detained. 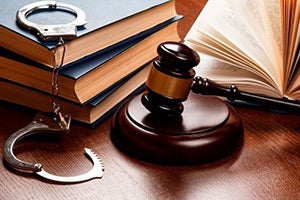 The petitioner's lawyer files a writ of habeas corpus to explain why they have been illegally detained.

The court will order the party responsible for detaining the petitioner to deliver them to court at an appointed date/time, at which point the attorney will present arguments.

Suppose the court finds one or more of the assertions in the petition to be true. In that case, the court will submit an order to show cause to the government holding the prisoner to explain their actions and why they believe the prisoner is being detained by the law.

The petitioner will have an opportunity to rebut the government's arguments. The court may hold another hearing to consider the evidence and arguments further. As noted, a petitioner must be “in custody.” This means confinement in county jail or prison, out on bail, probation, or parole, and released on their own recognizance while charges are pending.

What if Your Petition for Habeas Corpus is Granted?

If the court finds that you are being held illegally, the court will order the government holding you in custody to do one of three things:

Readers should note that there are typically several steps before the court decides on a habeas corpus petition. For instance, if they determine the alleged information in the petition is accurate, they will issue an order to show cause which gives the government a chance to file a response (return) to the petition.

What If the Petition is Denied?

Readers should note that there is a one-year deadline for filing a writ of habeas corpus under federal law, but it could be extended for a good cause. 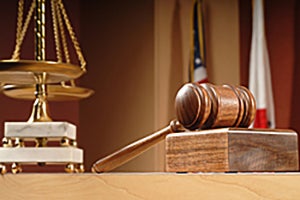 Contact our law firm to review the details of your case.

Suppose you are seeking to file a habeas corpus petition. In that case, you will need legal assistance from a qualified criminal lawyer who might be able to can locate any relevant case law that could increase your chances of success.

Experienced legal counsel can also examine lower court records to determine the issues that might support your habeas corpus petition.

Eisner Gorin LLP is a top-rated criminal defense law firm based in Los Angeles County that serves people throughout Southern California. For an initial consultation, call us at (310) 328-3776, or you can fill out our contact form.