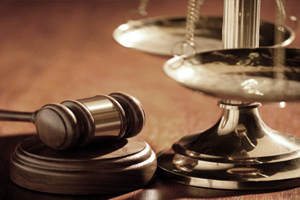 In Los Angeles, if your driving with a blood alcohol concentration (BAC) of .08% or above, or driving under the influence of drugs, you can be charged with DUI.

Drunk driving can be charged as a misdemeanor or felony offense. Our law firm specializes in aggressive defense of any type of drunk driving charge in Los Angeles County.

Our criminal defense firm has been recognized as a Top 5% U.S Law Firm year after year, receiving a "Preeminent" rating from Martindale-Hubbell, a nationally-recognized lawyers' review company.

We understand that evena first DUI arrest may produce a devastating impact on you life and work aggressively to dismiss or reduce your charges.

The law requires that, in order to convict a defendant of a crime, the prosecution must prove each element of each alleged crime beyond a reasonable doubt. If the prosecution fails to prove even one element, then the defendant must be found not guilty.

A person arrested for DUI is often charged with two offenses in the Criminal Complaint:

To be convicted of Driving Under the Influence, the prosecution must prove that the defendant was driving and that, as a result of consuming alcohol, he was unable to drive with the caution of a sober driver.

This can be shown through driving patterns, the fact of an accident, the performance of the field sobriety tests, and the results of the blood alcohol chemical test.

In any criminal case, including DUIs, the first step is attacking the right of the police to have contact with the defendant in the first place.

For most DUIs, this means attacking the right of the police to pull the defendant over as part of a traffic stop.

In order to effect a traffic stop, the officer must have reasonable suspicion that the driver has committed some kind of violation.

The next step is attacking the officer's right to detain the defendant for longer than necessary to right a ticket for the traffic violation, in order to investigate him for DUI. In order to extend the detention, the officer must have reasonable suspicion that the driver is under the influence.

The next step is attacking the officer's right to arrest the defendant. In order to place a person under arrest, the police must have probable cause to believe that person committed a crime.

An experienced criminal defense attorney will make sure to obtain any audio or video that may exist, including dashboard-mounted camera video, in an effort to discredit the officer's version of events and support a Motion to Suppress.

A Motion to Suppress is essentially a formal request that the Judge suppress certain evidence because it was obtained illegally and in violation of the defendant's Constitutional rights, either because the officer lacked reasonable suspicion to effect the traffic stop, lacked reasonable suspicion to conduct the DUI investigation, or lacked probable cause to arrest the defendant.

A successful Motion to Suppress can result in the case being dismissed entirely.

Occasionally, a defendant's statements to police will also be suppressed because the officer did not read the defendant his Miranda rights after placing him under arrest and questioning him.

Although, in the typical DUI case, a violation of the defendant's Miranda rights rarely leads to a complete dismissal of the charges.

The next step in a DUI case is attacking the chemical test that yielded the Blood Alcohol Content result. Chemical testing is governed by Title 17 of the California Code of Regulations.

Title 17 details specific guidelines for the conduct of chemical tests. Title 17 requires, among other things, that a defendant be observed continuously for 15 minutes prior to performing a Breathalyzer Test and that the machines used to test a defendant's breath or blood be calibrated properly such that the margin of error is .01% or less.

The law also states that, if a BAC test is performed more than three hours after a person is first stopped by police, the test is not presumed to be an accurate indication of the defendant's BAC at the time of driving.

In those cases, the prosecution must offer the testimony of an expert witness to form an opinion about the defendant's BAC at the time of driving.

In order to do so, the expert must take into account additional evidence above and beyond the actual BAC result, including breath tests performed as part of the Field Sobriety Tests and/or statements made by the defendant regarding his drinking pattern. Without that information, the expert is unable to form an opinion.

Where the defendant provided a blood sample for the chemical test, the experienced criminal defense attorney will also arrange to have a portion of that blood sample independently tested by a third-party laboratory.

An example of a successful DUI dismissal following a Motion to Suppress Defendant's Statements: While driving, our client was stopped for playing his music too loudly.

The police did not observe any driving pattern, however, that indicated that our client was intoxicated.

During the traffic stop, they developed reasonable suspicion that he was under the influence. Because they were not experienced in DUI investigations, they called another officer to assist them and then handcuffed our client and placed him in the back of the patrol car while they waited for the other officer to arrive.

When the officer arrived, he uncuffed our client, asked him several questions about his drinking pattern, and then performed the Field Sobriety Tests.

The officer, however, did not test our client's breath in the field. After his investigation, he placed our client under formal arrest and took him to the hospital to have his blood drawn. Ultimately, the blood was drawn 3 hours and 20 minutes after our client was first stopped by police.

Under Title 17, because the blood was drawn more than 3 hours after he was stopped, an expert witness was required to establish his BAC.

The expert witness could only make that determination with the assistance of his statements regarding his drinking pattern.

Without those statements, the expert witness did not have enough information to form an opinion.

When the case went to court, we filed a Motion to Suppress the statements. We argued that, because he was handcuffed and in the back of the car before he was questioned, he was legally under arrest and the law required that the officer advise him of his Miranda rights before asking him questions.

What sets our law firm apart is that we give each and every client personal and professional attention.

When you call our office for a consultation, you will speak directly with an experienced DUI defense lawyer. Our experienced trial attorneys will litigate your case in court, rather than a new or contract lawyer whom you never personally meet.

We are always available, 24/7, for a free immediate response.

Our attorneys and professional staff speak Spanish, Russian, and Armenian. We have offices in Van Nuys and Century City. Call a DUI attorney at (877) 781-1570 for more information.