The Crime of Drug Possession in California - HS 11350 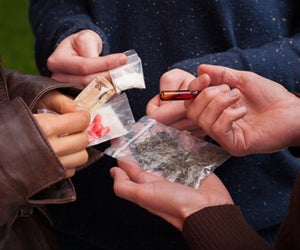 California drug possession laws are defined under Health and Safety Code 11350 and penalties will depend on type and quantity of drugs.

Have you been accused of a drug possession in Los Angeles? You may have been charged with possession of an illegal drug, such as marijuana, ecstasy, heroin, cocaine, or methamphetamines.

Even the possession of a small amount of an illegal drug could result in a simple drug possession charge.

A conviction for a drug crime is a serious issue that could impact your future opportunities for many years. It's critical that you take any possible action to prevent a conviction on a drug crime charge or to reduce the charge to minimize the impact.

If you are facing a drug possession charge, you need to consult with a Los Angeles drug crime lawyer at Eisner Gorin LLP immediately.

California drug possession laws are contained in the Health and Safety Code 11350 through 11356.

The level of a drug possession charge will depend on the type and quantity of drugs allegedly in your possession.

California Health and Safety Code 11377(a) defines the crime of possession of methamphetamine.

If you were in possession of an operable firearm, you could be charged with possession of a controlled substance while armed under California Health and Safety Code 11370.1

An arrest for a drug crime is far different than a conviction. You are innocent until proven guilty. Our drug crime attorneys have extensive experience defending individuals facing drug possession charges.

As former prosecutors, we know how the prosecutor will attempt to build a case against you. We will closely review the evidence and seek to exploit errors or weaknesses, including:

Another way to attack a charge of drug possession case is to challenge the elements of the offense, primarily by demonstrating that the drug did not belong to you. Further, our drug attorneys can argue that the illegal drugs were seized in violation of your Fourth Amendment and such evidence must be suppressed.

For some drug offenses, you may be eligible to avoid a criminal conviction with deferred entry of judgment (DEJ). With DEJ, an individual would plead guilty, but the court would not enter judgment, so an actual conviction is not final.

After a period of time determined by the court, if all requirements are met and no new offenses have been committed, the case will be dismissed without any conviction having been entered.

However, with DEJ you have already pleaded guilty, so if you don't successfully complete the program, you can't then decide to go back and enter a not guilty plea and take your case to trial.

Keep in mind that only certain offenses qualify for DEJ and you must meet eligibility qualifications, including having:

Proposition 36 is a criminal sentencing initiative passed by California voters in 2000. If eligible, non-violent drug offenders would serve their time in a drug treatment program instead of in jail or prison.

Non-violent drug possession offenses includes using or being under the influence of a controlled substance or possession ot transportation of narcotics for personal use. The drugs include cocaine, ecstasy, methamphetamine, marijuana, heroin, among others.

The laws regulating eligibility for this alternative sentencing program can be complex. There are several factors that may disqualify you from eligibility, including:

Our skilled criminal defense attorneys have a record of success defending individuals charged with any type of drug possession charges. For certain types of drug offenses, it's possible to avoid a jail or prison sentence.

We are highly experienced in negotiating alternative sentences (such as a drug treatment program) rather than receiving jail time. Give our law firm an opportunity to explain your legal options and provide a strong defense. We will determine whether you are eligible for a California drug court.

Get Legal Advice from a Drug Possession Attorney

If you are facing a drug possession charge in Los Angeles area, it's vital to your future to retain the services of an experienced criminal defense lawyer.

At Eisner Gorin LLP, we have over 50 years of combined legal experience in all LA County Courtrooms. Allow our skilled legal professionals to review the specific details of your situation in order to determine the best legal steps to protect your future.

Aggressive legal defense representation may help you to avoid formal filing of criminal charges in the first place or a conviction that will give you a criminal record for life.

For a free immediate response with one of our Los Angeles drug possession attorneys, call a drug lawyer at 877-781-1570. We are available 24/7.