What Are the Defenses for Codeine Charges? 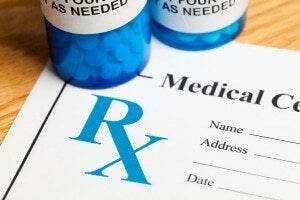 It's illegal to possess, sell, transport, or distribute codeine under various California laws.

Depending on the details of your arrest, prosecutors might file additional criminal charges to your original charge of codeine possession.

You could face harsh penalties if convicted of a felony, but simple possession of codeine and driving under the influence are misdemeanors with limited punishments.

If convicted of possessing codeine for sale or transporting codeine to sell it, you will likely be charged with a felony crime.  Many people who abuse codeine started using it for legitimate medical reasons but became addicted to its pain-killing solid ability.

Some people abuse codeine for pleasure because they like the side effects, such as the feeling of euphoria.

Codeine is a “controlled substance,” a drug regulated by the federal government. Our California criminal defense lawyers will review the laws below.

What Drugs Laws Are Related to Codeine in California?

The following California statutes are related to controlled substances:

Possession of a Controlled Substance – HS 11350

Health and Safety Code 11350(a) HS makes it a misdemeanor for anyone to possess a controlled substance, such as codeine, without a valid prescription. 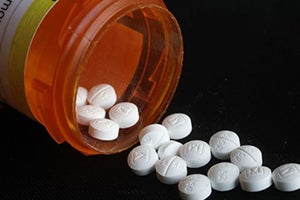 Possession of codeine is a misdemeanor crime.

What is codeine? It's a narcotic drug used to help someone suffering from pain, but a highly addictive opioid.

Codeine is a type of opiate known as a narcotic derived from the opium poppy plant that can dull the senses of pain.

High doses of codeine can result in slurred speech and slow reflexes.  It's primarily a pain killer and is highly prescribed by doctors and medical professionals.

To be convicted of possessing codeine or another substance illegally, the prosecution has to prove all the elements of the crime, such as the defendant:

Perhaps we can use some of the common legal defenses if you were charged with unlawful codeine possession:

Most codeine possession charges are prosecuted as misdemeanors which carry up to one year of county jail time and a fine of up to $1,000.

If a controlled substance impacts your nervous system, brain function, mental state, or physical abilities, you are deemed “under the influence.”

Perhaps we can use some common defense if you are charged with violating this law, such as:

If convicted of violating HS 11550, it's a misdemeanor that carries up to 180 days or one year of county jail time, but you could receive probation instead of jail.

What Are the Defenses for Driving Intoxicated by Drugs?

There would be some legal defenses if you were charged with driving under the influence of drugs, such as:

Most convictions for driving intoxicated by drugs are a misdemeanor that carries up to one year of county jail time. Still, you could be ordered to attend drug counseling and rehabilitation instead of jail time.

If you or a family member were charged with any codeine offense, contact us to review legal options. There are some common strategies to challenge the charges:

To be convicted, the prosecutor must be able to prove all the elements of the crime beyond any reasonable doubt.

Maybe we can argue that you were not aware of the codeine found in your control, such as in the car. Perhaps you are the victim of police entrapment where they convinced you to commit a crime you would not have otherwise committed. 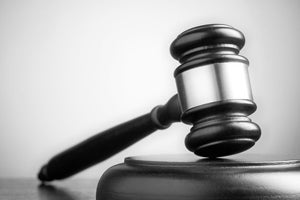 Contact our law firm to review the legal options.

Perhaps the police searched you without a valid search warrant, or they lacked probable cause, and we can file a motion to suppress evidence. If the motion is granted, the evidence can't be used against you, and the case could be dropped.

Maybe you were improperly accused, wrongfully arrested, or there is not enough evidence to convict you beyond any reasonable doubt.

Maybe we can negotiate with the prosecutor for lesser charges or a dismissal. Perhaps we can persuade the prosecution not to file formal charges in the first place. Eisner Gorin LLP is located in Los Angeles, California, and you can reach us for a case review via phone or the contact form.