Dissuading or Intimidating a Witness in California - Penal Code 136.1 PC 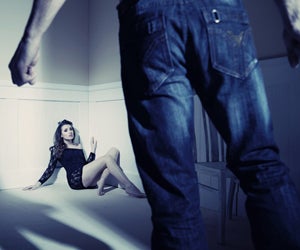 California Penal Code 136.1 PC makes it a crime is to intimidate a witness and commonly known as "witness tampering."

Witness intimidation is covered under California Penal Code 136.1. It's a criminal offense in Los Angeles to knowingly and maliciously prevent a victim or witness from providing testimony at trial.

By law, it makes no difference if a defendant was actually successful in preventing testimony. Just the attempt to intimidate a victim or witness is sufficient for a defendant to be criminally charged with witness intimidation.

Furthermore, it makes no difference if a victim or witness was injured or intimidated as a result of the attempts to prevent them from cooperating with Los Angeles police or LA County prosecutors. In simple terms, it is illegal to:

Raising your voice, screaming, yelling, throwing or breaking items in the house could be deemed to be forms of intimidation and domestic violence.

Intimidating a partner is a criminal offense and the charges could be filed against any individual who shares a household.

This includes a husband and wife, boyfriend and girlfriend, divorced spouses, among others.

The types of illegal intimidation can include threats to prevent a partner from communicating with police detectives, filing a police report, or giving testimony in a court trial.

If you have been charged with witness intimidation in a domestic violence case, you need to immediately consult with an experienced Los Angeles domestic violence attorney at our law firm to review the details of your case and discuss legal options and a defense strategy.

Do not make any statements to Los Angeles police detectives. It's critical to remain silent.

The charges of intimidating a witness can be filed as a misdemeanor or felony case in Los Angeles. A criminal charge of intimidation is sometimes related to other domestic violence charges, such as:

Accusations of intimidation can be disputed and sometimes false. These types of criminal cases are often difficult for a jury to evaluate. It's not uncommon for the case to come down to which person is believed. Speak to a Los Angeles witness intimidation defense attorney for more information about your case.

If a defendant is convicted of a misdemeanor witness intimidation case in Los Angeles, they could face:

If convicted of a felony offense, they could face:

In a domestic violence case, angry spouses can sometimes falsely accuse their partner for a variety of reasons.

Verbal communication can get out of hand in a marriage or other relationships. It is an unfortunate consequence that a fight can escalate to the point where police get involved and criminal charges are filed.

It's possible the abused partner may file false charges in an attempt to get the upper hand in a domestic violence dispute or child custody case.

Since an alleged victim of a domestic violence case can typically claim they have been abused without any physical evidence, it's an easy method for them to have the alleged abuser spend some time in jail.

A skilled Los Angeles domestic violence lawyer may be able to prove the prosecutor does not have sufficient corroborating evidence, such as something in writing, text, or voice recording.

If you are facing charges of witness intimidation in a domestic violence case in Los Angeles County, it's a very serious legal issue.

A conviction could have a dramatic impact on your life.

At the criminal law firm of Eisner Gorin LLP, a Los Angeles domestic violence attorney at our law firm will take immediate action to protect your legal rights and freedom.

Early intervention into your case by one of our experienced attorneys is critical to the outcome of your witness intimidation case.

Our law firm has decades of experienced defending clients against any type of domestic violence accusation and have a track record of success.