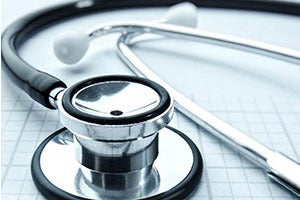 Medi-Cal fraud is described as submitting claims for reimbursement from the program for health benefits which were never delivered.

Medi-Cal is a health insurance program administered by the California state government for the benefit of low-income, elderly, and disabled residents of California.

The program is designed to help people, but it's often clouded in allegations of fraud from patients or healthcare providers. Medi-Cal is a state-run program that helps people get access to affordable medical care.

It is somewhat analogous to the federal Medi-Care program which primarily benefits retirees.

Given the tremendous amount of resources expended by the state government to provide this government health insurance to California residents, fraud prosecutions related to provision of healthcare and receipt of benefits under Medi-Cal is very common.

Medi-Cal fraud, as the name implies, is a form of fraud under California's criminal laws which is often prosecuted as a felony.

Conduct by individuals that can result in Medi-Cal fraud charges often include:

Conduct by health care providers that can result in Medi-Cal fraud charges often include presenting a fraudulent claim, submitting false information for more compensation, executing a scheme to defraud the Medi-Cal program, and soliciting, receiving, offering a kickback in return for referrals for services or purchasing of goods.

This article discusses the white collar crime of Medi-Cal fraud and its implications for defendants and their family members. Our California criminal defense lawyers are providing a review below.

California Penal Code 550 covers the various forms of Medi-Cal fraud which can be alleged.

One common version of Medi-Cal fraud is the submission of claims for reimbursement from the Medi-Cal program for health benefits which were never actually delivered.

This version of Medi-Cal fraud is often alleged against healthcare providers such as clinics and doctor's offices.

In essence, this is the crime of:

Imagine the following scenario. A doctor bills Medi-Cal for procedures he claims he provided to twenty patients over the course of the month.

In fact, the doctor knows that five of these patients cancelled their appointments prior to coming in to the office and no procedures were performed as to those patients.

A related, but distinct, form of Medi-Cal fraud involves submitting fraudulent claims for reimbursement for procedures which are unnecessary or are “up-coded,” which means a less expensive procedure was performed but then billed as a more expensive procedure.

Like all forms of fraud, Medi-Cal fraud requires the intent to defraud (CALCRIM 2000).

The intent to defraud exists when:

In short, the defendant in a Medi-Cal fraud case must be shown to have intentionally defrauded Medi-Cal.

Simply making an accounting error or engaging in shoddy bookkeeping is not sufficient to prosecute a defendant under Penal Code Section 550.

Penalties for Medi-Cal Fraud in California

Medi-Cal fraud under Penal Code Section 550 is a “wobbler,” under California law, meaning that it can be prosecuted as either a felony or a misdemeanor-level offense.

As with many theft or fraud-related crimes, the statutory distinction between felony and misdemeanor PC 550 conduct is the dollar amount of the loss.

In cases where Medi-Cal lost over $950 due to the defendant's fraud, the case may be prosecuted as a felony.

Where the loss amount is under $950, Penal Code 550 is a misdemeanor and the penalties include:

If convicted of felony Medi-Cal fraud under Penal Code 550, the defendant is facing:

Even in cases where the loss amount is greater than $950, the prosecution may be persuaded to plea bargain a Medi-Cal fraud case down to a misdemeanor.

In these cases however, the maximum jail commitment time is one year rather than six months.

The primary defense in a Medi-Cal fraud case is that the defendant lacked the intent to defraud.

In these prosecutions, the government will seek to establish, either through medical records, interviews with patients, or sting operations, that the procedures being performed at the clinic or doctor's office were different than those for which Medi-Cal reimbursement was sought.

Even if this is true, the government must prove the additional element of the intent to defraud. Again, simply being negligent in record keeping is not fraud, though it may give rise to civil penalties or other forms of liability.

Another potential defense is to make an argument there is insufficient evidence you committed Medi-Cal fraud.

These type of cases normally involve complicated facts and circumstances, including technical information about conflicting medical diagnoses. This means having a defense lawyer who understands the technical issues in these type of prosecutions is crucial to the outcome.

If you or a family member is accused of, has been arrested for, or is being charged with the serious California criminal offense of Medi-Cal fraud under Penal Code Section 550, contact our team of experienced Los Angeles criminal defense attorneys for an initial consultation.