Motion for a New Trial in California - Penal Code 1181 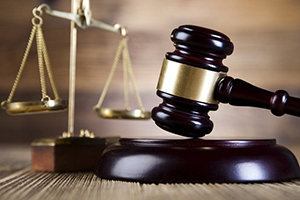 A Penal Code 1181 PC motion for a new trial is a request for another examination of your criminal case.

California criminal procedure provides a mechanism for defendants to move to set aside their convictions and obtain a new trial even after a jury has found them guilty of a criminal offense following a jury trial. This is known as a Motion for New Trial and described under California Penal Code 1181. This motion is a statutory legal remedy allowing you to request another examination of your criminal case after a guilty verdict.

In your motion for new trial, you have make an allegation of some type of prosecutorial misconduct or a legal error that substantially interfered with your constitutional right to a fair and impartial trial. This type of motion is an important part of the criminal case process in California.

In order for the motion to be successful, you have to be able to show the outcome of your case would have been more favorable had the misconduct not occurred. If the motion for a new trial granted, the judge will set aside the verdict and order a new trial that give you another opportunity to prove your innocence.

It's worth noting that a motion for a new trial is typically difficult to obtain. In order to increase your chances of success, you need to retain an experienced criminal defense lawyer. This motion is an important part of effective advocacy both in the trial court and to set the stage for an effective appeal should the defendant decide to pursue remedies in the appellate court system.

This article discusses the benefits of filing a motion for new trial and the arguments typically raised by defendants who have been convicted following a jury trial and now seek a new trial.

Timing of a PC 1181 Motion for New Trial

The first caveat which is important to understand is that a defendant who took a plea deal after settlement negotiations with the prosecution cannot file a motion for new trial. The appropriate procedure for a defendant who did not understand the terms of the plea they agreed to or were otherwise prejudiced in a way which renders their plea deal invalid is a motion to set aside the plea. These motions are rarely granted.

A motion for new trial, on the other hand, is the appropriate remedy post-trial but pre-sentencing for defendants who suffer convictions. Timing is important.

The motion for new trial can only be heard under the Penal Code's procedural provisions before the court passes sentence. Other appellate remedies may be available after sentencing has occurred, but the opportunity to move for a new trial will be lost if not taken before this time.

Grounds for Requesting a Motion for New Trial

In the first category, these arguments fall under the rubric of insufficient evidence. Even though a jury is tasked with fact finding at a trial and weighing the credibility of witness testimony, there are cases in which the evidence is grossly insufficient that no reasonable jury having heard the facts presented by the government could have convicted the defendant beyond a reasonable doubt.

In these cases, the evidence presented was legally insufficient to support a conviction, and the defendant must be granted a new trial. This is a very high bar as all reasonable inferences will be drawn to support the validity of the jury's verdict of guilty.

The other category of arguments consists of purely legal arguments about the procedural and substantive legal determinations made by the court during the pretrial stage and the trial itself. If these legal ruling were erroneous and prejudiced the defendant substantially, they can be grounds for a new trial.

Another example is when the court prevents the defendant from effectively defending themselves by precluding the use of relevant expert defense testimony.

Error of Law by The Court

Another frequent source of legal error raised in motions for new trial is the provision of erroneous instructions to the jury by the judge. The jury is ordered during the trial to follow the judge's instructions, including those which set forth the applicable law.

The jury are usually lay people and in any event are ordered to apply the judge's instructions concerning the elements of the crime, the burden of proof, how to interpret evidence, etc.

If the judge provides legally incorrect instructions to the jury, the confidence in the accuracy of their verdict is undermined and a new trial should be ordered.

In summary, there are several legal grounds that can be the basis for a PC 1181 motion for a new trial in California, including:

As stated above, if you want to make a motion for a new trial, you will need it in a timely manner or your ability to assert that right will be waived. You have to submit your motion for new trial after the guilty verdict was announced, but before the sentencing hearing.

As described under California Penal Code 1191, the judge has to rule on your motion for a new trial within 20 days after the guilty verdict or within 30 days if more time is needed to collect evidence in support of your claim.

Motions for new trial are important documents in a post-conviction case even if they are denied in the first instance. These motions often form the basis for post-conviction appellate remedies such as direct appeals or petitions for habeas corpus.

As such, effective presentation and litigation of a motion for new trial is a critical component of defense advocacy following a guilty verdict to preserve the rights of the defendant.

If you or a family member has suffered a conviction following a jury trial and wish to bring a motion for new trial before sentencing, contact our team of experienced Los Angeles criminal defense attorneys for an initial consultation. Eisner Gorin LLP is a criminal defense law firm with a long history of success and decades of combined legal experience.