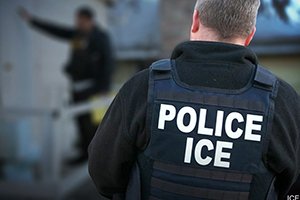 An undocumented immigrant who is convicted of certain California domestic violence crimes could face deportation.

California is home to many undocumented citizens from every part of the world. In situations where noncitizens are facing criminal prosecution, it will often lead to harsh immigration consequences.

For example, a conviction for domestic violence will subject a noncitizen to deportation and make them inadmissible to re-enter the United States and ineligible for citizenship or a green card.

Our criminal defense lawyers might be able to help you avoid a conviction or negotiate with the prosecutor for a favorable plea-bargain to an offense that would not lead to deportation.

To give readers a better understanding of a domestic violence conviction on immigration, our California criminal defense attorneys are providing an overview below.

The U.S. Immigration and Nationality Act describes undocumented citizens who are subject to optional or mandatory removal from the United States. Once an undocumented citizen is in custody, the Department of Homeland Security (DHS) is notified and an immigration hold could be issued to prevent release from custody.

While these holds are not always honored in California jails, they are telling them not to release the undocumented citizen after they have served their sentence. Rather, DHS will place them in federal custody and start removal proceedings.

The crime of domestic violence is described as any crime of violence that was committed against a current or former spouse, romantic partner, another person with whom the defendant has a child.

In context with immigration law, it's considered a crime of violence if there was attempted use of violence or threats of physical force, or the offense was a felony because it involved a substantial risk that physical force will be used to commit the crime.

The United States Citizenship and Immigration Services (USCIS) provides a list of certain criminal convictions that would make an undocumented citizens deportable from the United States.

It should be noted that any crime in California that could lead to a sentence of up to one year or longer can be considered a crime of moral turpitude for purposes of immigration.

This is important as almost all domestic violence convictions, even misdemeanors, has a potential sentence of up to one year in the county jail. Therefore, by law, any conviction involving domestic violence can lead to deportation and make a undocumented citizen inadmissible to the United States.

Crimes of domestic violence that are also California crimes involving moral turpitude include the following:

If you are a lawful permanent resident, known as a “green card” holder,” or in the United States on a visa, you have the legal right to a formal hearing in before an immigration judge before you can be removed from the country. In addition, you also hold the legal right to an appeal an unfavorable decision to the Board of Immigration Appeals.

If you are in the United States unlawfully, you don't have a legal right to this formal hearing and can be deported removed from the country by U.S. Immigration and Customs Enforcement (ICE) due to the fact you are here illegally.

How to Avoid Deportation for Domestic Violence

Avoiding a domestic violence conviction is the best way to avoid deportation from the United States. In other words, if you are not convicted of a charge that makes you edible for removal under immigration law, you won't face deportation.

One way to avoid a domestic violence conviction is to accept a plea bargain for a lesser offense. However, it's critical to note you must plead guilty to a California charge that doesn't carry adverse immigration consequences if you are unlawfully in the United States, including:

It should be noted it might be possible to accept a plea offer that does not carry any immigration consequences, or pleas that minimize any risk to immigration. This is why it's critical to consult with our criminal defense lawyers to closely review any plea offers.

There are also situations where even if you are convicted, we might be able to assist you with post-conviction relief (writ of habeas corpus) or have your conviction reduced to a misdemeanor offense.

It's important to note that even a conviction for misdemeanor domestic violence can still result in removal proceedings. This means you need to understand that if you have been charged with domestic violence, you are facing a real chance at deportation from the United States. In addition, if deported, a conviction could lead to denial of an application for citizenship.

We need to first closely review all the specific details of your case in order to determine an effective strategy for best possible outcome. We have a track record of success and may be able to help you avoid deportation.