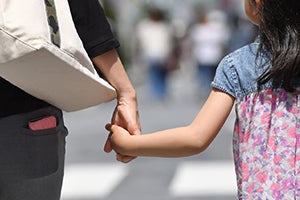 California Penal Code 278 PC defines the crime of child abduction that can be charged as a misdemeanor or felony offense.

Kidnapping is a crime against the person who is taken or moved a substantial distance by means of force, fear, or fraud. Kidnapping is a very aggravated felony under California law.

Under normal circumstances, defendants convicted of kidnapping face up to 8 years in state prison. In a “child” kidnapping, meaning of a victim under the age of 14 or the kidnapping is accompanied by a ransom demand, the defendant can receive a potential life sentence.

A Penal Code 278 violation, conversely, is a crime against the parent or legal guardian of a child, not against the child him or herself.

This statute defines child abduction and makes it a crime for a someone with no right of custody over a child to maliciously take them away from the parent or legal guardian.

PC 278 states: “Any person, not having a right to custody, who maliciously takes, entices away, keeps, withholds, or conceals any child with the intent to detain or conceal that child from a lawful custodian.”

The term “maliciously” means you had intent to commit a wrongful act.

“Entices” means that you allure or lead the child away using hope or desire, but does not mean force was used.

“Detain” means you prevented the child's return back to their parent or legal guardian. A “right of custody” means a legal means a legal right to have care, custody, and control of the child by a court order.

To give readers a better understanding of child abduction laws, our Los Angeles criminal lawyers are providing a detailed review below.

A prosecution under PC 278 requires the government to prove beyond a reasonable doubt that the defendant maliciously took, kept, enticed away, or concealed a child under the age of 18 where the defendant did not have a legal right to custody of the child and acted specifically with the intent to detain or conceal the child from their legal guardian.

In order to obtain a conviction for Penal Code 278, the prosecutor must prove all the elements of the crime, that a defendant:

As you can imagine, this section is most often prosecuted in the case of domestic violence or a custody dispute between two parents or legal guardians.

When one of these parties decides to withhold the child or conceal his or her whereabouts to frustrate the other party's custodial rights, a potential violation of Penal Code 278 has occurred.

Penal Code Section 278 is a “wobbler” under California law, meaning the prosecuting agency has discretion to pursue the charge as either a misdemeanor or a felony level offense.

Which election the prosecution makes ultimately has a substantial impact over the potential consequences faced by the defendant should he or she be convicted of child abduction.

If convicted of misdemeanor child abduction, the defendant can be sentenced to up to a year in county jail, a $1,000 fine, or both.

If convicted of a felony level child abduction, the defendant faces two, three, or four years in the California state prison and a maximum fine of $10,000.

As you can see, child abduction under Penal Code Section 278 is potentially a serious felony offense which carries prison time.

However, the penalties are nowhere near as severe as those associated with a kidnapping, much less an aggravated kidnapping charge which potentially carries a life sentence. These charges are not mutually exclusive.

As noted above, the victim for legal purposes of a PC 278 offense is the parent or legal guardian of the child who is abducted.

In a kidnapping prosecution, conversely, the child him or herself is the victim.

Therefore, the prosecution in an appropriate case could elect to file both kidnapping or aggravated kidnapping, depending on the age of the child, and child abduction charges simultaneously.

It should be noted that depending on the circumstances of the case, these related offenses above could be charged along with, or instead of, California PC 278 child abduction charges.

Several defenses are commonly asserted by defendants who are charged in criminal court with violations of Penal Code Section 278.

Second, the defendant can argue that they lacked malicious intent. If there was simply confusion about the terms of a custody order or an emergency prevented the parent or guardian from exchanging custody of the child at the appointed time and place, the party who violated the custody arrangement may nevertheless have a defense to child abduction.

Further, the defendant can argue that they lacked intent to detain or conceal the child from the legal guardian.

This may arguably be the case in situations where the defendant is acting to protect the child from imminent harm such as child abuse at the hands of the legal guardian.

Another defense includes a situation where defendant had a good faith and reasonable belief when abducting, the child would suffer immediate bodily injury or emotional harm if left with the other person.

Federal law also provides a comprehensive framework for dealing with alleged child abduction situations in which the accused individual has fled the state jurisdiction in which the child typically resides with the child in their custody.

The Hague Convention on the Civil Aspects of International Child Abduction, to which numerous countries including the United States are signatories, provides a legal framework for prompt return of children to the United States, or whichever country the child habitually resides in, so that the home country may adjudicate a child custody dispute.

The Fugitive Felon Act, located at 18 U.S.C. § 1073, allows local state prosecutors to secure federal arrest warrants for individuals who have committed a child abduction felony in the local jurisdiction only to flee across state lines where the prosecutor would typically no longer have jurisdiction to file a case.

The International Parental Kidnapping Crime Act of 1993, found at 18 U.S.C. § 1204, establishes a separate federal crime of removing a child under the age of 16 from the United States with the intent of interfering with the parent or legal guardian's custody rights over the child.

Finally, the Extradition Treaties Interpretation Act of 1998, 18 U.S.C. § 3181, clarifies that the federal definition of “kidnapping,” includes international kidnapping in a child abduction scenario for purposes of any extradition treaty between the United States and another sovereign power.

Taken together, these provisions provide tools under federal law to criminalize and prosecute the same child abduction offenses which California targets under Penal Code Section 278 where the offenses cross state lines or international borders.

If you or a family member is being investigated for, has been arrested for, or has been charged with the California crime of child abduction pursuant to Penal Code Section 278 or with child abduction in violation of federal law under The Hague Convention, contact our experienced criminal defense attorneys for an initial consultation.

Our Los Angeles criminal defense law firm of represented a mother in a high-profile child abduction case. After she failed to return to Los Angeles with her children from Europe, she became the target of an international manhunt.

Our law firm partner, Dmitry Gorin, was able to negotiate with the prosecutor for a favorable plea bargain where she didn't have to serve any jail time.

Rather, she pled guilty to just one count of child deprivation and received probation. was only sentenced to 3 years of probation and pay restitution.

If you have been accused of PC 278 child abduction, we might be able to get the charges reduced or dropped through prefiling intervention.

Even once a case is filed, competent representation is crucial to protect your rights and put you in the best position to achieve the best possible outcome in your case.