Fake ID by a Minor

Possession or presenting a fake ID by a minor is a crime that could result in harsh consequences, including a loss of their driving privileges. Under California Business and Professions Code 25661 BPC, minors possessing or presenting false identification could be charged with a misdemeanor crime. 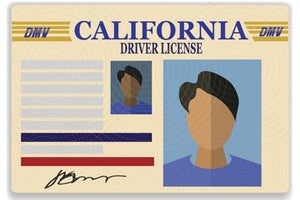 In California, it's a crime for a minor to have possession of a fake identification card.

Simply put, under California law, it is a crime for a minor to have a false identification card. This law applies to anyone under 21 years old, and there are a couple of different ways to violate this statute, such as presenting a fake ID to a business to buy alcohol or simply possessing a fake ID.

A fake ID could be a false identification card or a real ID card of someone else. In most cases, violating this law means the perpetrator was caught with the fake ID in their hand or within their control.

Usually, the person accused of this offense was allegedly attempting to use the fake ID to do an activity requiring a minimum age of 21.

Anyone charged with a first-time possession of a fake ID by a minor can be fined up to $250, and the judge orders them to complete up to 32 hours of community service.

There are several examples of behavior that would violate this law. A juvenile could be face charged with possessing a fake ID under any of the following circumstances:

You could be charged with a minor with a fake ID charge if caught in any of the above examples or similar acts.  For “possession.” most violators of this statute include physical possession where the minor had the fake ID in their hand or within their immediate control. Our California criminal defense attorneys will cover this topic in more detail below.

What are the Possible Penalties?

Carrying or using a fake ID is a misdemeanor in California, which could include up to one year in county jail as a possible punishment but would never include prison time because that would require felony charges. If you are convicted of violating this law, the most likely penalties will include:

In most cases, violators won't face jail unless other related charges carry incarceration as part of the sentence.

There are several related crimes for Business and Professions Code 25661 BPC minor with fake ID charges that are discussed below:

Allowing a minor inside a place where alcohol is consumed is described under BPC 256655. This statute makes it a crime for any minors to be on the property of an establishment that sells alcohol to consume on-site. 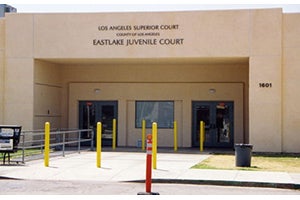 Purchase of alcohol by anyone under 21 under BPC 25658(b) is a closely related crime.

The owner and the minor could face criminal penalties and even be charged with a misdemeanor, which includes punishments for the owner of up to six months in jail and a fine of $1,000. The minor usually faces a maximum fine of $200 but no jail time.

Minor in possession of alcohol described under BPC 25662 is the California law prohibiting minors from possessing alcohol in a public place, which is any place always open to the general public, like a park or shopping mall.

Solicitation of the sale of alcohol, described under BPC 25657(a), prohibits the employment of someone to solicit the purchase of alcoholic drinks or pay them a commission to sell them. Some other related offenses are:

What Are the Most Common Defenses?

If you have been accused of a minor with a fake ID charge, some possible legal defenses can be used on your behalf, such as the following:

If any of the above defenses apply, you have a good chance of avoiding a conviction for a minor fake ID charge.

If Constitutional violations are proven, the judge might decide to dismiss the case after filing a motion to suppress evidence. 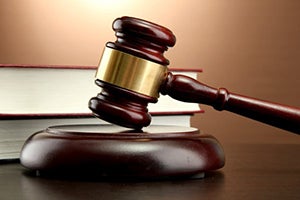 Call our law firm to discuss the legal options.

Suppose the judge determines that law enforcement seized the fake ID during a search that violated the Fourth Amendment. In that case, the evidence could be excluded from being used against you, usually resulting in the dismissal of the charges.

Also, BPC 25661 only applies to minors. If it can be proven you were 21 or older when the alleged offense occurred, you can't face a conviction under this statute but could potentially face other related charges.

If you are a family member who has been accused of violating Business and Professions Code 25661 fake ID by a minor or a related offense, contact our firm to review legal options moving forward.

Eisner Gorin LLP is based in Los Angeles, California. We can be reached for an initial case review via phone or contact form.