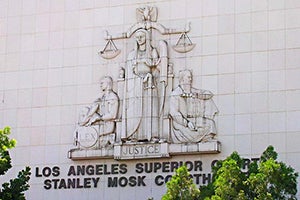 Penal Code 206 torture is defined as intentionally inflicting great bodily injury on someone to cause extreme pain or suffering.

The crime of torture is covered under California Penal Code Section 206. It's described as intentionally inflicting great bodily injury on another person to cause extreme pain and suffering for revenge, extortion, or even a sadistic purpose.

While torture is similar to mayhem under Penal Code Section 203 and other violent crime offenses, the main difference is the critical “element of the crime” of motivation.

Under the PC 206 legal definition, it states a person commits a torture offense if they are:

This means without the motivation or intent to cause serious pain and suffering, you can't be convicted of torture.

It's important to note here that just the “intent” to cause pain and suffering is sufficient to be convicted.

Actually inflicting pain on the victim is not a necessary element of the crime the prosecutor has to prove.

In Los Angeles County, the crime of torture is one of the most serious crimes you could be charged with. Thus, you should expect the prosecutor to aggressively pursue a conviction and they will typically seek a substantial prison sentence.

Torture is always a felony crime and potentially carries a life prison sentence. While the crime of torture is not frequently seen, there have been cases filed. An example of torture could include a situation of an armed robbery at liquor store.

After the clerk hands over all the cash from the register, the robber notices a safe under the counter. He demands the safe to be opened, but the clerk refuses.

The suspect then starts cutting the clerk with a knife until he agrees to open the safe. In this example, the robber could be charged with PC 206 torture, along with robbery under Penal Code Section 211.

If you are facing the serious violent crime of torture, you need to consult with a skilled Los Angeles criminal defense lawyer at Eisner Gorin LLP immediately. We have decades of experience defending clients against serious felony cases.

Now that we have covered a general overview of the crime of torture, let's dive deeper into the legal definition, penalties, and legal defense strategies below.

Under California law, “great bodily injury” is described as a significant or substantial physical injury. This means the injury has to be more than minor harm.

For example, broken bones, concussion, cut needing stitches, serious bruising or abrasions could qualify as a great bodily injury. It's important to note the injury doesn't have to be permanent or disabling to be considered a GBI.

Under PC 206 definition above, criminal intent is the primary key element of the crime. As you can see in the wording, you must have had intent to cause cruel or extreme pain on the victim.

Again, it's very important to note it simply doesn't matter whether the victim really experienced pain. The main focus of the torture law is the actual “intent,” not any pain a victim may have experienced.

However, this critical intent element works both ways. If our criminal defense lawyers can show you didn't intend to cause a victim extreme suffering, even though they may have suffered a serious injury, you can't be guilty of torture under the legal definition.

Additionally, the definition of torture requires the purpose of revenge, extortion, persuasion or sadism. A person can act for the purpose of extortion if they intend to obtain something from someone else using force, or threat of force or fear.

While rarely charged, someone can behave with a sadistic purpose if they intend to inflict serious pain on another person to experience pleasure, but does not have to be sexual related.

Finally, if you killed someone unintentionally while committing torture, you could be charged with murder under California Penal Code Section 187 and the felony murder rule.

Elements of the Crime for PC 206 Torture

In order for the Los Angeles County prosecutor to secure a conviction for torture under California Penal Code Section 206, they must be able to prove, beyond any reasonable doubt, all the critical “elements of the crime” below:

As you can clearly see above, the main element to be proven is your state of mind.

In other words, the prosecutor will attempt to focus on your intent as to why you were acting in this manner. Without being able prove intent, it would be difficult to prove their torture case against you.

If you are convicted of torture in violation of California Penal Code 206, you are guilty of a felony crime.

The legal penalties include the following:

It should be noted that while you could receive a life sentence, it comes with the possibility of parole. Typically, you come before the parole board after serving seven years.

A torture conviction would also count as a “strike” under California's three strike law.

A life sentence can be given to anyone who is found guilty of aiding and abetting in the act of torture. In other words, if you assisted someone else, but were not the main person committing torture, you could face the same legal penalties.

As you can see, a conviction is a serious and life-altering event.

Our Los Angeles criminal defense lawyers can use a wide variety of strategies to defend you against charges of torture in violation of California Penal Code Section 206.

It's important to understand that every case of torture will have unique facts and circumstances.

This means our experienced team will need to thoroughly review all the specific details and evidence in order to develop an effective defense foe the best possible outcome. However, the most common defenses against torture charges include the following:

Lack of Intent: As we have discussed extensively above, the most critical element of the crime to prove torture is that you had intent to inflict extreme pain and suffering.

Obviously, our goal is to challenge the prosecutor by showing you lacked the intent to inflict cruel or extreme pain, even in cases where the victim may have sustained great bodily injuries. In some torture cases, intent can be difficult to prove beyond any reasonable doubt.

Lack of Motivation: Likewise, our lawyers might be able to successfully argue you were not motivated by revenge, extortion, persuasion, or sadistic purposes. Remember, in the legal definition of torture, you had to have motivation to cause cruel or extreme pain and inflicting great bodily injury for these purposes.

If we can cast some reasonable doubt by showing there was a lack of motivation for a specific purpose, then you have a good chance of avoiding a conviction.

Self-Defense: If the Los Angeles County prosecutor is not able prove you were acting with one of the specific purposes listed above, we might be able to make a self-defense argument. Perhaps even a defense of others claim.

In some cases, if you caused extreme pain or inflicted great bodily harm in an effort to reasonably defend yourself, you could avoid a torture conviction. It's important to note that any strategy against a torture accusation would defend circumstances of your case.

A conviction for torture under California Penal Code Section 206 will impact your personal and professional life.

These type of serious felony crimes will always depend on what and how it happened. In other words, the specific details matter – a lot.

We serve clients throughout LA County and the San Fernando Valley.