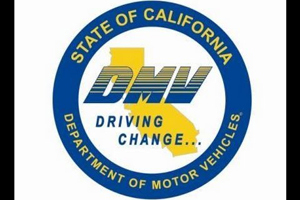 The DMV can impose an administrative suspension on the license of anyone found to have been driving with a BAC of .08% or higher.

In any DUI arrest, the DMV will attempt to take action against the driver's license through an administrative process known as the Administrative Per Se Hearing.

This action is separate and apart from the criminal court process.

The DMV has the authority to impose a suspension as part of the administrative process even if no criminal charges are ever filed against the driver or if they are ultimately dismissed.

The California Vehicle Code authorizes the DMV to impose an administrative suspension on the license of any driver found to have been driving with a BAC of .08% or higher.

A driver arrested for DUI has a right to have a hearing before the suspension is imposed. However, a formal request for a hearing must be made within 10 days of the driver's arrest.

The only way to request that hearing is by contacting the appropriate Driver Safety Office.

It is not enough to report to your local DMV licensing office and inform a desk agent.

If the driver fails to properly request the hearing within 10 days of his arrest, the administrative suspension will automatically go into effect 30 days after his arrest.

Although the request for a hearing must be made within 10 days of a driver's arrest, the hearing itself will not likely occur for four to six weeks.

During that period of time, the driver is entitled to a stay of the suspension.

This means that the administrative suspension, which is automatically set to begin 30 days after a driver's arrest, will be postponed until a full and fair determination is made following the hearing.

In order to impose an administrative suspension following an Administrative Per Se hearing, the DMV must find that there is probable cause to believe that the driver was driving with a BAC of .08% or higher.

These two factors alone result in the vast majority of drivers arrested for DUI having their licenses suspended.

However, a skilled criminal defense attorney will identify the issues which could result in the suspension being set aside and make sure they are presented during the hearing.

See related blog: Driving on a Suspended License in California.

In the event that the DMV does impose the administrative suspension, the driver will first have to wait out a 30-day hard suspension period, where he is prohibited from driving altogether.

Thereafter, he will be eligible to obtain a restricted license, which will allow him to drive to and from work and alcohol education classes.

A skilled criminal defense attorney will be able to guide his client through the process of obtaining a restricted license.

Get Help by Calling a Los Angeles DMV Hearing Lawyer

The DMV hearing is an excellent opportunity for a Los Angeles DUI lawyer to obtain discovery on your case.

This hearing before the California Department of Motor Vehicles typically occurs several months before your trial on the DUI charges.

Separate from the issue on your legal right to drive in Los Angeles County, this hearing provides your DUI attorney with their first chance to commit police to their story under oath.

An experienced DUI lawyer will be able to use any inconsistencies between their testimony during the DMV hearing and their testimony at trial, which can provide sufficient grounds for impeachment.

A Los Angeles DMV hearing lawyer at our law firm will file the necessary paperwork to protect your right to drive a vehicle pending the hearing before the California Department of Motor Vehicles.

During this hearing, the State will be represented by experienced professionals who are intent on taking away your driving privileges.

When you retain a Los Angeles DUI attorney at our law firm, you will not be alone. Our attorneys will aggressively fight for your legal rights.