As with every other state, incest is a serious crime in the State of California. The primary reason is that inbreeding between people who are too closely related genetically may result in birth defects.

That said, each state has different parameters as to what constitutes an incestuous relationship. In California, the crime of incest is embodied in Penal Code 285 PC. If convicted of this crime, you could face up to 3 years in prison and fines of up to $10,000. 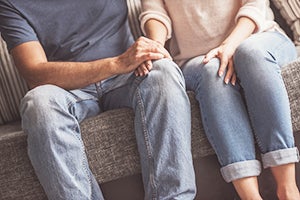 PC 285 incest laws make it a crime to have sexual intercourse with certain relatives.

Further, an incest conviction will carry a requirement to register as a California sex offender as defined in Penal Code 290 PC under a three-tier registration system created by Senate Bill 384.

PC 285 says, “Persons being within the degrees of consanguinity within which marriages are declared by law to be incestuous and void, who intermarry with each other, or who being 14 years of age or older, commit fornication or adultery with each other, are punishable by imprisonment in the state prison.”

Simply put, under this law, marriage or sexual relations between close relatives are a felony crime. Of note is that a lack of consent is NOT an element of the crime to be found guilty of violating this statute.

In other words, even if both parties consented to the sexual relationship, they can still be found guilty.

The relatives who can't legally marry or have sex with each other include parents and children, brothers and sisters, half-siblings, grandparents and grandchildren, uncles, aunts, nieces, and nephews. Let's review this state-level law in greater detail below.

What Constitutes Incest in California?

In simplest terms, California defines incest as either marrying or having sexual intercourse with a family member. The specific elements of incest that prosecutors must prove include the following:

Other things to know about this law:

Which Relationships Are Considered Incestuous?

Each state has different parameters for what constitutes an incestuous relationship based on factors such as morality, genetic similarity, etc.

The State of California is primarily concerned with sexual relations between people who are closely related genetically. For that reason, state law identifies sex between any of the following relatives to be incestuous:

Which Relationships are NOT Considered Incestuous?

What Are the Penalties for Incest?

Incest is a felony offense in California. If convicted, you could face the following:

While being charged with incest in California is a serious matter, there are still legal defenses that a good defense attorney can employ to combat the charges. These are discussed below.

Perhaps we can argue that you did not know you were related. While rare, it sometimes happens that two people engage in an incestuous relationship without knowing they are related to the other person.

For example, suppose spouses separate, remarry, lose touch, and have other children in their subsequent marriages. In that case, you could inadvertently marry someone who turns out to be your half-brother or half-sister.

If your attorney can demonstrate a lack of knowledge that you were related to, you might be able to have the charge of incest dropped.

Perhaps we can argue that you were under the age of 18 at the time the relationship began, and the other person was an adult.

Perhaps we can argue that you were falsely accused. It's not uncommon for estranged spouses, family members, or others to accuse their ex-partner of having incest with another family member, typically out of spite or revenge.

Fortunately, these false accusations can often be defended against because there's usually no supporting evidence—only a he-said-she-said scenario—so a good attorney can generally cast reasonable doubt on those accusations.

Contact our California criminal defense lawyers by phone for a case evaluation, or use the contact form. Eisner Gorin LLP is based in Los Angeles, CA.