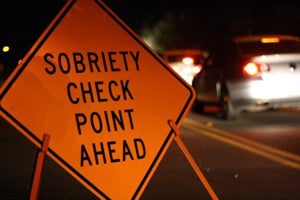 Our DUI lawyers help people avoid the most serious consequences of a first-offense DUI charge.

If you have been arrested for drunk driving for the first time in your life, you are probably scared, confused, and worried about your future.

These feelings are justified, as a conviction under California's driving under the Influence laws can result in serious consequences.

Some first-time offenders will panic when they see the flashing lights of a police car behind them because they know they have had a couple of drinks.

In some cases, they will attempt to lie to the police officer about their true name or provide false statements, making their situation worse.

Fortunately, there is a significant difference between an arrest and a conviction, and the assistance of a lawyer can often help people who are facing a first-time DUI offense avoid the most serious consequences that could be imposed.

In fact, in some cases, an attorney may even have a DUI case completely dropped by the prosecutor or dismissed by the judge, meaning that you may be able to go on with your life as if the incident had never occurred in the first place.

Even a First DUI Offense Can Result in Serious Consequences

When you are facing a first-time DUI, it is critical to understand that you may be subject to extremely harsh legal penalties if you are convicted or plead guilty.

Too many people make the mistake of thinking that a first-time DUI is “no big deal” and believe that they are making a wise financial decision by not hiring an attorney.

Some of the consequences that a court can impose after a first-time DUI in California include the following:

While these consequences are certainly serious, perhaps even more troubling are the long-term issues that can be caused by a DUI conviction appearing on your permanent record.

Because a criminal record check has become a standard part of many job applications, a DUI conviction could make it much more difficult for you to get find employment.

Similarly, landlords often request that potential tenants undergo a background check and may be hesitant to rent to people who have a criminal record related to drug or alcohol use.

These are two of the many ways that a DUI conviction could affect you years after your court-ordered sentence has been completed, and there are countless others.

For this reason, it is critical for you to protect your rights by retaining a skilled attorney as soon as you can.

If you have recently gone through a DUI arrest and provided a breath, blood, or urine sample that indicated that you were driving with a BAC above the legal limit, you may feel like there is no way that you can avoid a conviction.

This is inaccurate, and there are often many ways that a skilled lawyer can defend against allegations of drunk driving, including the following:

While it is certainly possible that your case will go to trial, the vast majority of criminal cases are settled through the plea bargaining process.

In a plea bargain, the defendant agrees to plead guilty to a lesser offense that results in less severe legal penalties.

In California, many first-time DUI cases are pled down to a “wet reckless,” which means that the defendant will be convicted of reckless driving but the record will note that alcohol or drugs were involved in your arrest.

Some of the benefits of a wet reckless include lower fines, no mandatory drivers' license suspension, and less potential time in jail.

It is important to note, however, that a wet reckless conviction will be treated as a prior DUI offense if you are ever accused of drunk driving again and that many insurance companies treat DUI and wet reckless the same way.

Call Us to Speak with an Los Angeles DUI Lawyer

A drunk driving conviction can cost you a significant amount of money and affect nearly every aspect of your life for years to come.

As a result, if you are facing a first-time DUI case, you should retain an experienced attorney who is familiar with California DUI law and has a track-record of helping clients avoid convictions.

For a free immediate response with one of our experienced lawyers, call Eisner Gorin LLP today at 877-781-1570 or send us an email through our contact form.

Related Blog: Were Your Rights Violated During a Traffic Stop?