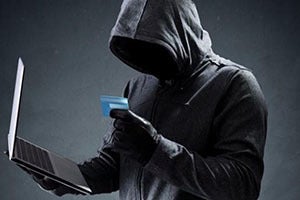 Penal Code 529 PC false impersonation law makes it a crime to impersonate someone in an effort to unlawfully gain a benefit or cause harm to them.

California Penal Code 529 describes “false Impersonation” which makes it illegal to impersonate someone, by using their name, in an effort to unlawfully gain a benefit or cause harm to that person.

The term "impersonate" means to falsely pretend to be someone else and Penal Code 529 makes it a crime to conduct an act that could cause them to be criminally or civilly liable, make them obligated to pay money, or an act where you gain some type of benefit from impersonating them.

An example of PC 529 includes posting bail for someone using another person's name.

Another example is to verify, publish, or prove a document in the name of someone else to make it appear valid, such as pretending to be another person to cash a check that is in their name.

Yet another example includes giving a police officer the name of you friend after you were pulled over and arrested for driving under the influence.

It should be noted that Penal Code Section 529 PC requires that you to commit an additional act beyond just falsely impersonating someone else.

This additional act could be forging their name or having police booking photos taken after an arrest. In California, PC 529 is “wobbler,” which means the prosecutor can file the case as either a misdemeanor a felony crime.

To give our readers use information about Penal Code 529 false impersonation, our California criminal defense attorneys are providing an overview below.

Anyone who falsely personates another in either their private or official capacity, and in their assumed character, commits the following acts:

In order to be convicted of PC 529 false impersonation, the prosecutor must be able to prove, beyond reasonable doubt, all the elements of the crime listed under CALCRIM 2044 Jury Instructions:

In the context of PC 529, the term “falsely personated another person” means you falsely impersonated someone with the intent of deceiving someone.

The term in the legal definition “performed an additional act” is a primary factor that must be proven to be found guilty.

To perform an additional act means there has to be something more than just identifying yourself as someone else, or to present evidence that claims to prove you are that person.

The “additional act” under Penal Code 529 false impersonation must:

It should be noted there are a wide range of acts that could meet this legal requirement.

California Penal Code 529 is “wobbler,” which means the prosecutor has the discretion to file the case as either a misdemeanor or felony offense.

The decision on how to file the case is typically based on the specific details and your criminal record.

If convicted PC 529 as a misdemeanor, you will be facing the following penalties:

If convicted PC 529 as a felony, you will be facing the following penalties:

It should be noted a felony conviction will prohibit you from owing a firearm described under California Penal Code 29800 – felon in possession of a firearm.

It should be noted that Identity theft charges could potentially be prosecuted in the federal court system – which carries more severe penalties than a state-level case.

Our Los Angeles criminal defense lawyers can use a variety of strategies in an effort to obtain the best possible outcome on you PC 529 false impersonation charges.

Every case has a different set of facts and circumstances and we will need to first review the specific details to develop an effective plan.

If you go back to the elements of the crime that have to be proven for a conviction, the primary factor in a PC 529 crime is that you must commit an addition act other then just falsely identifying yourself as someone else.

This is a distinct and separate act, such as committing a criminal act and blaming it on the person you are impersonating. We might be able to show you didn't commit the required additional act.

No Liability or Benefit

Again, going back to the PC 529 elements of the crime above, in addition to proving committing an additional act to obtain a conviction, the act has to also create some form of liability for the person who was impersonated – or the act created a benefit for yourself.

We might be able to make a reasonable argument you impersonated another person as a prank or joke and there was no liability created.

We could also attempt to show you did not actually receive any type of benefit from impersonating someone.

If you have been accused of false impersonation in violation of California Penal Code 529, consult with our Los Angeles criminal defense attorneys at Eisner Gorin LLP.

We have a track record of success defending clients charged with a wide range of white collar crimes.

We need to closely examine the details and evidence in your case to develop a strategy.