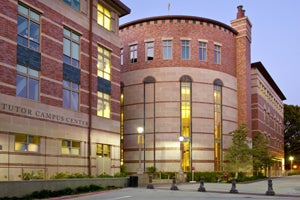 Our law firm represents students accused of sexual and physical assault arising on a college campus.

If you have followed the news in recent years, you have probably heard of a “Title IX hearing,” in the context of higher education.

These cases of sexual and physical assault arising from Los Angeles universities, including UCLA and UC Irvine, and others throughout the State of California may result in:

Young college students may have their lives derailed by unfounded and uncorroborated claims of sexual impropriety.

While elimination of bias and discrimination on the basis of sex is certainly a worthwhile goal, the investigation and enforcement aspect of Title IX, often conducted through specialized commissions and panels, has unfortunately offered students accused of misconduct little in the way of due process.

In recent years, many high profile instances of abuse of the Title IX process have been reported, in which accused students are subjected to a “kangaroo court,” scenario in which they are denied basic due process protections which would apply had the cases been brought in a formal court setting.

The federal government has listed on its website examples of its recent decisions, laws, case example and other legal work in the area of violations. See: U.S Department of Education Title IX.

How Does a Title IX Proceeding Get Started?

Title IX proceedings may be initiated whenever the school's administrative officers receive a report of sex-based discrimination by one student against another, or by faculty against a student.

In many instances, these complaints consist of:

Accordingly, Title IX proceedings will oftentimes present a cross-over issue: the student or faculty member's standing with the school may be in jeopardy but the accused may also potentially be subject to criminal liability in State court.

Both sets of sanctions are severe.  If found guilty by the Title IX administrative commission, a student may face expulsion, a faculty member could face dismissal, and the matter may be reported to the local police department for criminal investigation.

At the same time, depending on the nature of the allegations, the accused could potentially face time in State prison should the accusation be brought to the attention of the Los Angeles Office of the District Attorney.

The possible charges are very serious, and carry the possibility of lifetime sex crime registration under California Penal Code Section 290.

As mentioned above, the due process protections applicable to Title IX hearings on campus are significantly weaker than those that attain in formal State court proceedings.  This does not, however, mean that an accused student or faculty member must go it alone.

Title IX regulations require that, at a minimum, the accused be afforded the opportunity to be represented by an advocate in the proceedings.

Effective advocacy on behalf of the accused is key, particularly in the less formal setting of an administrative hearing, which has a lower standard of proof than in criminal court.

A Los Angeles Criminal Defense Attorney from Eisner Gorin can intervene immediately to start preparing a defense that will result in both a successful Title IX hearing, as well as causing criminal charges to be dropped before court.

With your, or your loved one's, future on the line, including career, education, reputation, and liberty, it is critical to intervene as soon as possible.

Our experienced criminal defense attorneys will:

The goal of our representation is to minimize any potential consequences to keep our client's record as clean as possible.  Once again, while Title IX hearings are not criminal proceedings, the consequences of a negative outcome can haunt an individual for years to come.

Aggressive and effective advocacy are a must in these high-stakes proceedings.

In the current social and political climate, especially with the effect of #metoo, Title IX offices at large and small colleges and universities alike are devoting significant effort to prosecuting alleged violations.

The allegations which form the basis for the Title IX investigation can range from minor instances of sexual harassment, to stalking and intimidation, all the way through date rape or forcible rape.

Investigation into these sex-related offenses requires significant time and resources with an eye towards assessing the credibility of the involved parties.

This can include searching social media for contemporaneous postings by the accuser, the accused, or third parties with knowledge of the events.

Private investigation into the allegations is key to undermine a false accusation.  If the Title IX administrators are presented only with the accuser's version of events, a negative outcome is likely.

Presenting a plausible alternative theory of the case is an essential element of effective advocacy which is as important in this administrative setting as in a criminal courtroom.

How Eisner Gorin LLP Can Help You

Advocacy on your behalf should begin as soon as you suspect that a complaint has been filed.

While it is never too late to begin asserting our client's rights, the best outcomes are achieved when experienced attorneys begin working the case during the investigative stage, well before the formal disciplinary hearing is held.

During the investigative stage, your attorney will have the opportunity to develop the case in consultation with you and your loved ones.

Any statements you provide to Title IX investigators can be prepared in consultation with your attorney to ensure that they are accurate, clear, and persuasive.

A common misconception is that simply knowing you are innocent is enough to establish that innocence in a contested proceeding.

While the truth may eventually become known, a poor presentation of the facts may result in significant consequences in the meantime which could have been avoided by presenting the best possible defense in the first instance.

Representation is particularly important in Title IX cases as the administrative burden of proof is significantly lower than that in a criminal court.

Many people are familiar with the “beyond a reasonable doubt” standard that applies to criminal trials.

This is the highest standard of proof in the law, and serves to safeguard the rights of innocent defendants who are accused of crimes.

Conversely, the standard of proof in a Title IX administrative hearing is typically a “preponderance of the evidence.”

Roughly translated, this means that the panel or tribunal must only find that the accusations are more likely than not true, a significantly lower burden.

A 2016 study by John Villasenor in the journal Law, Probability, and Risk titled “A probabilistic framework for modeling false Title IX ‘convictions' under the preponderance of the evidence standard,” found that a truly innocent individual subjected to a Title IX proceeding has a quantifiably higher chance of being wrongfully found guilty than a similarly situated defendant in a criminal trial.

At Eisner Gorin LLP, our attorneys have over 50 years' combined experience representing criminal defendants in California State courts and in federal criminal cases around the country.

We specialize in sex crime investigations and have causes numerous cases to be dropped before court arraignment, even when the client was arrested by the police for rape or molestation.

In the Title IX arena, we bring the same level of aggressive advocacy and attention to detail that characterizes our work in criminal cases.

Our goal is always to achieve the best possible outcome for our clients.  Firm partners Alan Eisner and Dmitry Gorin are both state-certified specialists in criminal law, and will pursue all available avenues to vindicate you in your Title IX case.

Whether you are a student, a parent, or a faculty member who has become involved in a Title IX investigation of disciplinary proceeding, we invite you to speak with one of our experienced attorneys today to begin preparing your defense.

Time is of the essence in these important proceedings, which is why we are always available to immediately begin protecting our clients' rights. Do not do it alone. Speaking to the police or college investigators, without your right to have a lawyer present, may lead to a poor outcome.

Our firm's goal is to dismiss the claims made against our clients, and keep their records clean, so their future is not stained by their alleged conduct in school. Contact our law firm at 877-781-1580.

Eisner Gorin Title IX defense lawyers are able to immediately consult and defend cases in all California college and universities listed below: