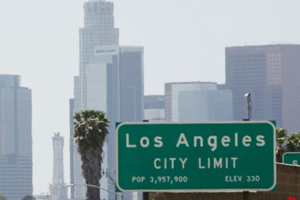 If you live in another state and arrested for DUI in Los Angeles, you can face harsh penalties.

If you live in another state and were arrested for DUI in Los Angeles, you could face harsh consequences both in California and your home state.

The state of California and 44 other states are partners in the International Driver's License Compact, meaning these states have agreed on the principle of One Driver, One License, One Record.

All the states involved will share information about your driving record.

If you are arrested and convicted for driving under the influence in California, you should expect your home state to impose DMV penalties, such as suspending your driver's license.

For people who are arrested in California that aren't residents of California, the process can feel especially daunting. Will you have to return to California for court?

Will the Judge put you on probation and order you to meet with a probation officer? Will the California DMV take action against your out-of-state license?

The good news is that, if you hire an experienced DUI lawyer to represent you, your attorney will help you navigate all the complexities.

At Eisner Gorin LLP, a Los Angeles DUI attorney at our law firm has track record of success defending out of state DUI clients.

Court Appearances for Out of State DUI Cases

Do you have to be present in a Los Angeles County Court during the DUI proceedings? The short answer is no, for most parts of your DUI case.

This also includes the DMV hearing. In California, if you are arrested and charged with a misdemeanor and you hire a private DUI attorney, you are not obligated to appear in court.

Judges will also allow you to complete your obligations, like alcohol education programs and community service, in your home state.

If you Los Angeles DUI case goes to trail, then you will typically need to appear in person.

However, your DUI can request that you be excused from appearing, but this is not always a wise defense strategy.

The police can't take away your out of state driver's license. Instead, they will warn you that your driving privileges in California will be suspended in 30 days.

From the date of your arrest, you have 10 days to schedule a DMV hearing with the California Department of Motor Vehicles in order to challenge the suspension of your driving privileges.

Your home state will be notified of your Los Angles DUI charge and they could choose to suspend your driver's license.

Your chances of being able to drive in California are typically greater with legal representation from an experienced Los Angeles DUI lawyer from our law firm.

If you are arrested for or convicted of a DUI, the DMV will still try to take action against your California driving privilege.

This means that during the period of suspension, you cannot drive within the state of California.

After the suspension period has ended, if you have been convicted of a DUI, then you will need to contact the DMV's Mandatory Actions Unit in order to get a waiver of the in-person alcohol education program and ignition interlock device requirements.

Once that waiver is granted, you will be able to lawfully drive in the state of California.

However, if you were to move to California within 3 years of the waiver, then the alcohol education program and ignition interlock device requirements would be imposed. You are only entitled to one waiver.

Fighting Your Driving Under the Influence Charges

It's important to note that the criminal DUI process is separate from the DMV process.

This means you will need to defend yourself against the DUI case in the Los Angeles County Courts.

If convicted for driving under the influence, you will face legal penalties based on California law. These penalties could include jail time, mandatory DUI school, driver's license suspension, and large fines.

Retaining an experienced Los Angeles DUI attorney from Eisner Gorin LLP can substantially improve the DUI process when you live in another state.

Our lawyers can make it convenient as we can handle most aspects of your DUI case so you will not have to travel back to Los Angeles.

In many cases, we can make most of the court appearances and coordinate with you by phone or mail.

We are skilled courtroom negotiators and may be able to secure a favorable plea bargain or even have the charges dismissed.

Your first step is to contact our Los Angeles DUI defense law firm to thoroughly review the details and circumstances of your case in order to start preparing a strong DUI defense strategy.

The Los Angeles DUI lawyers at Eisner Gorin LLP have achieved outstanding results for our clients facing any type of driving under the influence charges.

As former prosecutors, we know how LA County prosecutors will attempt to obtain a conviction. A few of our courtroom successes include:

After negotiating with the prosecutor and success at the DMV hearing which allowed our client to keep their driver's license without a suspension, the DUI charges were dismissed. Our client pleaded to a non-alcohol driving charge and paid a fine.

LAX Airport Superior Court – DUI Causing Accident Dismissed: In spite of a .09 BAC results at the police station, all DUI allegations against our client were dismissed.

Our client accepted a case settlement for a reduced charge of speed exhibition, which is non-alcohol related.

Our Los Angeles DUI lawyers were able to obtain this favorable plea agreement after demonstrating the problems of proof with the prosecutor.

Santa Clarita Superior Court – DUI Charges Dismissed: Our client was arrested for driving under the influence after a .10 BAC result. Our law firm was able to successfully negotiate with the prosecutor by demonstrating they had problems with showing proof. Our client agreed to a reduced, non-alcohol related charge of reckless driving.

At Eisner Gorin LLP, our Los Angeles DUI lawyers know how to proceed after you have been arrested in a timely manner in order to protect your legal rights and freedom. You only have 10 days from the date of your arrest to request an administrative hearing from the DMV.

We have an exceptional history of success at these hearings where our clients were able to retain their driving privileges.

Our law firm understands the legal consequences of a DUI conviction and will aggressively defend you against any type of drunken driving charges.

Our DUI defense law firm has represented numerous out of state clients over the years and can make the court appearances on your behalf.

This will allow you to continue your personal and professional life with minimal interruption.

Our Los Angeles DUI lawyers know driving under the influence arrest can be embarrassing and will do everything possible to handle your matter in a discreet manner.

The first step to fighting your charges is to immediately give us a call to review the details of your case and discuss immediate legal options.