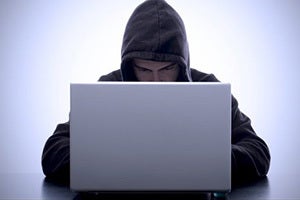 Penal Code 288.2 PC makes it a crime to send harmful or obscene material to a minor with intent of sexual arousal or to have sex with them.

California Penal Code § 288.2 criminalizes the sending or distribution to minors of harmful material of a sexual nature. The conduct at issue can occur over the internet, chat room, through the mail, by fax, or by any other delivery method.

Harmful material includes, but is not limited to, matter depicting a minor or minors engaged in sexual contact.

Penal Code § 288.2 also has an intent requirement. The person charged under this section must have:

In other words, Section 288.2 is directed at criminalizing the inducement of minors to engage in sexual conduct with adults via sending harmful material to those minors and often called sexting.

Our California criminal defense attorneys provide an overview of Penal Code 288.2 below to help readers understand all aspects of this sex crime.

In order to be convicted of sending harmful material to a minor with intent to seduce, the prosecutor has to be able to prove all the elements of the crime listed in CALCRIM 1140 jury instructions:

The prosecution has to also prove the material could be harmful, which needs to meet the following criteria:

A “prurient interest” is described as a shameful interest in nudity or sex. The material under Penal Code 288.2 could be a magazine, video, or other printed material. It also includes pictures, drawings, photographs, or movies.

When the harmful material sent to the minor actually depicts a minor or minors engaged in sexual contact, Penal Code § 288.2 can be punished as either a misdemeanor punishable by up to a year in the county jail or as a felony punishable by two, three, or five years in state prison.

When the materials in question are harmful, but not actually depicting a minor or minors engaged in sexual contact, the punishment is somewhat reduced. In these circumstances, a Penal Code § 288.2 conviction can result in either one year in county jail in the case of a misdemeanor conviction or 16 months, two years, or three years in state prison in the event of a felony conviction.

A felony conviction of PC 288.2 will result in a mandatory duty to register as a California sex offender.

Penal Code 290 PC, commonly known as the Sex Offender Registration Act requires anyone who were convicted of specific California sex crimes to register as a tier three lifetime sex offender.

If you fail to register as a sex offender under PC 290, you will face a separate felony offense and additional penalties.

There are a variety of defenses our sex crime defense lawyers can use to fight your charges of sending harmful material in violation of California Penal Code 288.2.

It may be difficult for the government to prove that a particular individual transmitted the harmful material when it was sent over social media or e-mail.

Other defenses include a lack of sexual intent with the communication or a lack of reasonable belief that the person to whom the individual was communicating was a minor. Another argument includes that the matter was not harmful as described above.

Typically, in the context of harmful material, it means matter that could be considered obscene.

It is certainly lawful for consenting adults to exchange sexually explicit materials with one another which, if sent to a minor, could well be considered harmful and therefore unlawful under Penal Code § 288.2.

We might also be able to argue you had no intent to seduce the minor, which is described as attempting to persuade a minor to engage in sexual activity between yourself and the minor.

California Penal Code § 288.2 is a serious California sex crime which can result in multiple years in state prison if the defendant is found guilty.

Our experienced Los Angeles criminal defense attorneys can defend an individual charged with these offenses at every stage of the proceedings, including before the case goes to court through a prefiling intervention.

If you, or someone you know, is charged with sending harmful matter, or under investigation for unlawful sexual conduct involving a minor, contact our defense attorneys for an initial consultation.

We specialize in defending your rights before court to minimize the consequences of these very serious felony accusations.