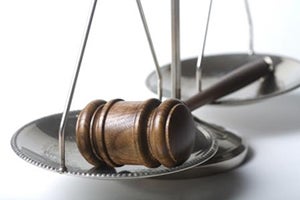 Our criminal lawyers representing California crime victims, such as in cases of driving under the influence and domestic violence.

Innocent people become a victim of a crime every day in California. Many victims have a false belief there is nothing that can be done after the defendant's criminal case was finished and often feel they didn't receive the restitution they deserve.

Not many victims of a crime in criminal cases hire their own lawyer, and most don't even know it was an option. Many believe the prosecutor on the case is their attorney who represents them.

However, a Deputy District Attorney, commonly known as the “prosecutor,” doesn't represent individual victims and rarely take much time to fully explain the rights of victims of crime.

Our knowledge of the court process, the prosecution team, and law enforcement investigative techniques allows our law firm to provide aggressive, and on-point representation for those seeking to be made whole and obtain compensation through restitution.

As stated, one major misconception is that the District Attorney's office or other prosecuting agency represents victims. They do not. The prosecuting agencies' client is the State of California, which often entails advocating for the interests of crime victims.

This is not always the case, however, and since the prosecuting attorney does not actually work for the victim, they can do, or more often fail to do, what the victim wishes would happen with the case.

To give readers a better understanding of victim representation in criminal cases, our California criminal defense lawyers are providing an overview below.

Retain a Civil or Criminal Attorney

One avenue for curing this mismatch is for the victim to retain a civil attorney. Our law can refer you or loves ones to the Injury Justice Law Firm for your civil representation needs in the areas of sexual abuse, domestic violence, and accidents causing injury.

They are exclusively a civil plaintiff's firm, which has obtained successful recoveries for victims for many years. In most cases a civil attorney will be familiar with the process in civil court and less familiar with criminal procedure and the practical considerations which prosecutors and criminal defense attorneys understand about criminal prosecutions.

The goal in civil representation is almost always to secure money damages for the victim. Conversely, many victims can benefit from retaining a criminal defense attorney to be their legal advocate throughout the criminal case process. Our Los Angeles lawyers will assist you in the criminal court process.

Restitution is a prominent area in which competent legal representation specifically for the interests of a crime victim can be of great benefit. Once a criminal case resolves, either through a negotiated plea or a jury trial, and the defendant is convicted, one of the first post-conviction issues to arise is restitution payment.

Specific types of damages which are recoverable in criminal restitution, which are narrower than those which apply in a civil lawsuit. However, every criminal defendant is required, at least under federal and California law, to pay victim restitution.

As the defendant has already convicted, liability is rarely if ever at issue. The major point of litigation is the amount of restitution which should be ordered.

A prosecuting attorney, while they will seek the restitution requested by the victim, is not a full-time advocate for the victim's interests and may compromise for a lesser amount of restitution against the victim's wishes.

Another area in which victim representation often makes a tangible difference is in the pre-filing intervention stage of a criminal investigation.

Either after a suspect is arrested and bails out, or after a report is made but before any arrest has taken place, there is an opportunity to persuade the reviewing prosecutor to file criminal charges.

A pre-filing intervention designed to result in prosecution focuses on the cooperation and willingness of a victim to testify, the objective independent corroboration for the victim's allegations, the criminal history and danger to the community of the perpetrator, and other aggravating factors which support bringing formal charges.

In some cases, a victim may want felony charges pursued where law enforcement initially treated the matter only as a misdemeanor.

In other cases, the reviewing prosecutor might be inclined to reject a case completely for prosecution before seeing the victim's attorney's formal legal position in support of prosecution.

Once a court case begins, victim representation can also be of use in ensuring that the victim's rights under Marsy's Law and other relevant provisions are observed.

Under Marsy's Law, also known as the "Victims' Bill of Rights," which became the law in California in 2008, victims have several rights in criminal prosecutions, including:

These rights are not typically asserted by most victims. Once our law firm represents a victim, we will communicate with the prosecutor, the court, and the probation department asserting all victim rights available under Marsy's Law.

A victim of a crime, while not the ultimate decision-maker in terms of whether a plea deal is offered or a case proceeds to trial, has a right to have input into the plea negotiation process as well as a right to notice of any court proceedings. A victim's attorney can appear in court and advocate for the safety, convenience, and respect of the victim.

This can include scheduling testimony at convenient times or even the issuance of a protective order should the defendant engage in threatening or otherwise unlawful conduct which is raising a concern to the victim or his or her loved ones.

Victim representation is a specialized practice which is not often handled by civil attorneys. An experienced criminal defense attorney with a good rapport with the prosecuting agencies as well as defense counsel can help make the complex and often intimidatingly opaque criminal prosecution process as painless as possible for victims, whether by advocating for a particular filing decision, a restitution award, or simply scheduling of a criminal trial.

We maintain regular contact with prosecutors and can object to the court regarding a plea bargain that we believe is not fair client. We can also make a specific request regarding an order of money to be paid to the victim.

If the defendant is sentenced to a California state prison, a percentage of money placed on their account can be set aside and paid to the victim in restitution. As stated above, in certain cases, we can offer you a referral to a civil attorney to file a civil lawsuit against the defendant.

If you or a family member has been a victim of a crime and is seeking representation by experienced criminal law specialists, contact our office today for an initial consultation. We will protect your rights and advocate for the best possible outcome in your case.