Every motor vehicle in the United States is inscribed with a unique identifier known as a Vehicle Identification Number or VIN. This number is necessary for various purposes, including tracking auto registrations, insurance coverage, recalls, warranties, incidents of theft, etc. 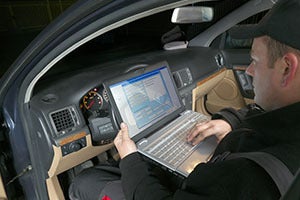 It's a misdemeanor crime to intentionally alter or change a vehicle identification number (VIN).

That's why, in the State of California, it's a crime to intentionally alter or change a VIN number per Vehicle Code 10750 VC. You could face up to a year in county jail if convicted of this misdemeanor crime.

VC 10750 says, “(a) Nobody shall intentionally deface, destroy, or alter the motor number, other distinguishing number, or identification mark of a vehicle that is required for registration purposes, or place or stamp any serial, motor, or other number or mark upon a vehicle, except one assigned the department.”

This says it doesn't prohibit the restoration by an owner of the original vehicle identification number when authorized or prevent the manufacturer from placing business numbers on new motor vehicles or parts.

To be convicted under this law, the prosecutor must prove that you intentionally defaced or destroyed the motor number or identification mark on a vehicle and committed the act without written authorization from the Department of Motor Vehicles (DMV). Let's take a closer look at this law below.

What Is the VIN, and Where Is It Found?

A vehicle identification number (VIN) is a motor number, serial number, or another distinguishing number, letter, or information.

They are used to identify a motor vehicle or a motor vehicle part and are also used for the purpose of vehicle registration. The VIN is a series of 17 characters (a combination of letters and digits) unique only to that vehicle.

The VIN is typically hidden in several other places in the vehicle, so it's only possible to change all the numbers if you know where to look for them.

As noted, Vehicle Code 10750 VC makes it a crime to knowingly change, replace, alter, remove, or obliterate a VIN without written authorization from the Department of Motor Vehicles (DMV). It's also a crime to put a false VIN on a vehicle or part under this section.

EXAMPLE 1: Tom is selling his SUV. In an attempt to pass it off as an older model year to match the mileage he put on it, Tom alters some of the digits on the VIN.

EXAMPLE 2: After Jerry's car is damaged in a flash flood, he deliberately scratches the VIN plate to make the VIN unrecognizable, so the CarFAX report can't identify it as having been in a flood.

When Would the DMV Authorize a VIN Change?

VC 10750 says it's a crime to alter or change a VIN without DMV authorization—meaning, by extension, it is NOT a crime when the DMV authorizes the change. This generally happens in the circumstances such as the following:

Some offenses that are related to VC 10750 and sometimes charged instead of or in addition to it are:

A violation of VC 10750 is charged as a misdemeanor offense. If you are convicted, the maximum penalties are $1000 in fines and up to one year in county jail. The judge can reduce the sentence to summary probation as an alternative to jail as the circumstances warrant.

What Are the Common Defenses to VC 10750 Charges?

To prove you committed a crime, the prosecutor must show that you acted with specific criminal intent. This element is often what makes or breaks the case against a defendant. In the context of VC 10750, you can't be convicted unless prosecutors demonstrate that you willfully altered or changed the VIN without DMV authorization. 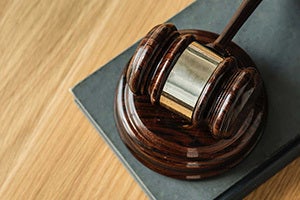 Other common defenses to charges under VC 10750 are discussed below. Perhaps we can argue that the VIN was previously altered. This defense shows that you were not the one who changed the VIN but that it was changed without your knowledge before you took possession of it.

Perhaps we can argue accidental defacement. You did not alter the VIN with specific intent, but it was accidental. For example, maybe you scraped the VIN plate while doing something else or were unaware you were affecting the vehicle's unique identifier.

Perhaps we can argue that you had DMV authorization. You can't be convicted of this crime if you can provide evidence that the DMV authorized the change.

If you or a family member was charged with altering a VIN on a car, then please reach out to us to look over the details and legal options. We could negotiate with the prosecutor for reduced charges or a case dismissal.

Eisner Gorin LLP is located in Los Angeles, and you can contact our criminal defense law firm for an initial case consultation by phone or fill out the contact form.