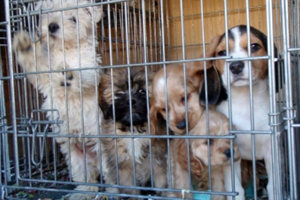 The state of California has some of the strictest animal cruelty laws in the United States. In fact, animal abuse is considered a serious crime with potentially harsh legal consequences. Any accusations of neglect or abuse of an animal are thoroughly investigated and aggressively prosecuted in Los Angeles County.

There is no doubt that valid animal abuse cases exist in Los Angeles County, but in some cases, animal abuse allegations are the result of unintentional circumstances. These include situations where you accidentally injured your pet at home or left them in your hot unattended car too long while shopping.

Additionally, strong political pressure from animal activism groups can sometimes influence police to open an investigation and pursue a criminal case. The term animal abuse can cover a wide variety of conduct. In basic terms, animal abuse occurs when any animal receives cruel treatment or neglect.

Abuse is when an animal is physically abused, while neglect is when an animal is deprived of their basic needs of food, water, or shelter. In Los Angeles County, there are many common examples of situations where you could be charged with animal abuse. One example is a situation where your job requires you leave home for several days at time.

During your absence, you leave your dog tied up in the back yard without access to food or water. Another example is a situation where someone owns numerous cats inside a trailer home and fails to provide sufficient care, leading to the cats being malnourished and living in unsuitable conditions of urine and feces.

If you have been accused of animal cruelty, you need to call the Los Angeles criminal defense lawyers at Eisner Gorin LLP immediately. If convicted, you will be facing harsh punishment, including jail time, large fines, and having you pets removed from your home. In some cases, you might even be prohibited from owning an animal for ten years.

If you are contacted a police detective, it would be in your best interest to politely decline to answer their questions as you might make an incriminating statement that will be used against you later. Now that we have discussed the basics of a potential animal abuse case, let's take a closer look at the legal definitions below.

As you can see, the legal definition clearly prohibits maliciously harming an animal in many different ways. It's also a crime to deprive animals of necessary food, drink, or shelter, or failing to protect them from severe weather conditions.

In addition, under California Penal Code Section 597.5, dog fighting is a form of animal abuse. You can be convicted of the crime of dog fighting if you own, possess, keep, or train a dog with the intent to participate in dog fighting, cause a dog to fight or injure another dog for amusement or financial gain.

The conditions include hot or cold weather without proper ventilation, lack of food or water, or any other dangerous condition. A violation of this offense is a misdemeanor crime, punishable by six months in county jail, and up to a $500 fine. Consult with a Los Angeles criminal defense lawyer at our law firm for more detailed information.

In addition to the acts prohibited under California Penal Code Section 597 discussed above, there are also a wide variety of other laws that qualify as animal abuse or cruelty. These laws include:

In order for a Los Angeles County prosecutor to obtain a conviction for animal abuse, they will have to be able to prove you maimed, mutilated, tortured, wounded, or killed a living animal, AND you acted maliciously.

Under California PC 597, animal cruelty is a “wobbler,” meaning the Los Angeles County prosecutor can file the case as a misdemeanor or felony offense. Their decision on how to file charges is typically based on the specific facts and circumstances and your prior criminal history.

In some cases, the animal could be permanently removed from your care and you might be required to pay the cost of housing the animal. Call a Los Angeles criminal defense lawyer at our office for more information on potential legal consequences.

If you are facing charges of any type of animal abuse or cruelty charges, our Los Angeles criminal defense attorneys can use a variety of legal defenses on your behalf. Any effective defense strategy will depend on the specific facts of your case. These potential legal defenses include:

It's important to understand that every animal abuse or cruelty case has its own set of unique facts and circumstances. Any effective legal defense strategy will first require a close review of all the specific details.

If you are a family member are facing accusations of any type of animal abuse or cruelty, it would be in your best interest to call a Los Angeles criminal defense lawyer at Eisner Gorin LLP as soon as possible.

Animal abuse charges are a serious issue and the legal penalties can be severe. We will review your case and discuss legal options.