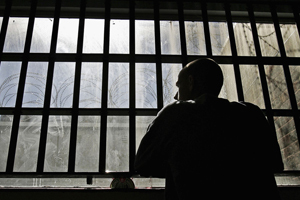 The California three strikes law adds more time in a prison if a defendant has a prior “strike” and commits a new felony crime.

The California three strikes law adds additional time in a California state prison if a defendant has a prior “strike” and commits a new felony crime.

By law, all violent or serious felony convictions will count as a strike offense. If a defendant has one prior strike offense and commits a new felony crime that is considered a serious or violent offense, their prison sentence on the new offense will be doubled.

If a defendant has two prior strike crimes and commits a new serious or violent felony offense, they can be sentenced to life in prison.

If the defendant has two prior strike crimes and commits a new felony crime that is not considered a serious or violent offense, they will typically just have their sentenced doubled.

If you have been accused of committing a third strike crime, you need to immediately consult with a Los Angeles three strikes attorney at our law firm to review all the details of the alleged offense and explore your legal options.

What is the Three Strikes Law and What Qualifies as a Strike?

The Three Strikes Law, which was first passed by California voters in 1994 and has received a few updates since, increases the harshness of sentences for repeat offenders with a prior strike.

A strike is a conviction for a serious felony or violent felony. Besides the offenses listed in those sections, felonies in which the victim suffered a great bodily injury, or in which the defendant used a firearm, or in which there was a gang enhancement, are considered strikes.

The more common strike offenses include:

Consult with a Los Angeles three strikes lawyer at our law office to review all the specific details of your case.

How Does the Three Strikes Law Affect A Person's Sentence?

If you have one prior strike and are later convicted of any felony, your sentence on the new felony will automatically be doubled.

If you have two prior strikes and are later convicted of a third strike, you will receive a sentence of 25 years to life in state prison.

If you have two prior strikes and are later convicted of a felony that is not a third strike, but either:

Then you will also receive a sentence of 25 years to life in state prison.

And if you have two prior strikes, including sexually violent offenses and sexual acts with children and murder, then any new felony will result in a sentence of 25 years to life in state prison.

If you have two prior strikes and are convicted of a new non-strike felony, and none of the above qualifications apply, then the new felony will be treated like a second strike and your sentence will automatically be doubled.

Additionally, the three strikes rule affects the custody credits that inmates can earn. Custody credits are time that you get credited towards your time served without actually serving the time.

For example, if you serve four days in custody, you can get an additional four days credited to you, such that you will be credited for eight days of custody even though you only served four. As a result, you end up only having to serve 50% of your sentence.

While this 50% rule applies to most cases, it does not apply to second strikers who must do at least 80% of their sentence. And if you are a third striker, you cannot earn any custody credits.

For more information about how a third strike offense could impact your sentencing, call our law firm to speak with an experienced Los Angeles three strikes defense attorney.

If you were convicted of a residential burglary and had no prior criminal record, that would be your first strike.

If, several years later, you were convicted of robbery, then the robbery conviction would be a second strike and you would have to serve double the time on your sentence.

If again, several years later, you were convicted of a kidnapping, you would automatically be sentenced to 25 years to life in state prison.

If you have a prior strike and are being charged in a new case, make sure that you ask your Los Angeles criminal defense lawyer to file a “Romero” motion. A “Romero” motion is a motion to remove the prior strike from your new case, so that a case that would be treated as a second strike is no longer treated that way.

Los Angeles County criminal courts will look at how similar the old offense is to the new offense, how much time has passed between the two offenses, and other circumstances of the new offense as well as the defendant's background, in determining whether to remove the prior strike from your new case.

This is an extremely important motion as it can save you years in State prison so, again, it is critical that you speak with your Los Angeles criminal defense attorney about this motion.

We have extensive experience representing clients at the sentencing hearing.

If you have been charged with a felony case and have one or two prior strikes on your criminal record, you absolutely need to immediately consult with a Los Angeles criminal defense lawyer to explore the possibility of filing a Romero motion.

This is a legal court procedure to remove the prior strike offense in order to prevent the increased sentence on the new criminal offense.

At Eisner Gorin LLP, an expert Los Angeles criminal defense attorney at our law firm are dedicated to aggressive legal defense of our clients.

Over our decades of criminal law practice, we have successfully obtained criminal case dismissals, acquittal, reduced charges, and probation in lieu of a jail sentence.

If you have been arrested for any type of crime that could be labeled as a “third strike” in the Los Angeles County criminal court system, our defense lawyers will take the necessary time to thoroughly review all the specific details, discuss legal options and a defense strategy.