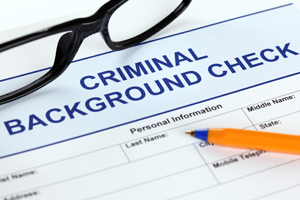 A PC 1203.4 expungement of criminal record is an option for defendants who have successfully completed probation.

Expungement of criminal records in California in covered under Penal Code Section 1203.4. If you have been convicted of a crime, it's typically very difficult to find a job and move forward with your life.

Most employers and landlords now routinely run background checks, which will reveal your past criminal history.

This clearly means if you have been convicted of crime, getting your criminal record expunged can have a impact on your quality of life.

So, what exactly does it mean to have your criminal record expunged?

In basic terms, it releases you from the penalties associated with your criminal conviction, meaning a potential employer in theory is prohibited from using your past conviction against you in their hiring decision or even asking you about it in the job interview.

Therefore, an expungement, pursuant to Penal Code Section 1203.4, can be an important step to make sure your life is not permanently impacted by a past criminal conviction.

It's important to stop here for a moment and make a very critical note that California has no legal process for an actual expungement, which would completely seal a criminal conviction.

Most people incorrectly refer to a section 1203.4 dismissal as an expungement, believing their past conviction will be removed or erased from their record.

This is a common myth and false. Instead, when a 1203.4 dismissal is granted, the court will vacate your conviction and enter a dismissal notation on your.

Once your conviction is dismissed, you can truthfully answer on an employment application that you have never been convicted of a crime.

However, many background checks will still show the conviction and dismissal, but the law prohibits an employer from using a dismissed conviction against you in hiring decisions.

See related information: Reduce a Felony Conviction to Misdemeanor and Early Termination of Probation in California.

If you were convicted of a crime in California and are seeking an expungement, call a Los Angeles criminal defense lawyer at Eisner Gorin LLP.

Our attorneys will need to closely review the details of your conviction in order to determine eligibility and legal options.

Expunged criminal records can certainly have an impact on your ability to obtain a job.

Now that we have covered the basic concept of an expungement, let's take a closer look below.

A California expungement of criminal records under Penal Code Section 1203.4 is an option for defendants convicted of either misdemeanors or felonies that have successfully completed probation and not served time in state prison.

The legal definition states, in part:

This means you are eligible to petition the court to get your criminal records expunged once you have completed your entire probationary period.

If the court decides to terminate your probation before the end of the probationary period, you can petition for an expungement when the probation ends.

If you were convicted of a misdemeanor offense or an infraction and not granted probation, you can petition to have your criminal record expunged after one year the court issued judgment.

Who Is Eligible for a California Expungement?

The following categories of people are eligible to expunge their criminal record under California under Penal Code Section 1203.4:

It's important to note that successfully completing probation means you completed all the terms of your probation, including paying all fines, restitution, completed any counseling programs, community service, attended all required court appearances, and did not commit any new crimes while you were on probation.

In some cases, even if you violated the terms of your probation, it might be possible to still have your record expunged.

The court will hold a hearing in order to determine whether to grant your request for an expungement.

Call a Los Angeles criminal defense attorney at our law office if you have any questions about expungement eligibility.

Who Is NOT Eligible for a California Expungement?

If you were sent to a California state prison sentence, you can't expunge your criminal record.

Additionally, there are certain criminal offenses that can't be expunged. This includes some sex crimes against children, including:

What Impact Can an Expungement Have on My Life?

Typically, one of the most significant impacts on your life after a California expungement is helping you obtain employment.

In many cases, you do not have to disclose a criminal conviction on an employment application and an employer is prohibited from discriminating against you for having your record expunged.

An expungement may also help you obtain a state professional license and could even help you avoid immigration issues.

After your conviction has been expunged from your record, it will still show you were arrested and convicted, but the conviction was dismissed in the interest of justice.

This is not the same as a factual innocence motion.

What a Penal Code Section 1203.4 Dismissal Does Not Do

After your California conviction has been dismissed under PC 1203.4, there are some limitations on what it can do for you, including:

In some cases, the issues listed above could possibly be resolved through other avenues of post-conviction relief, including a California Certificate of Rehabilitation or a California Governor's Pardon.

Call a Los Angeles criminal defense lawyer at our office for more details.

If you have a criminal conviction on your record and would like to seek an expungement, call a Los Angeles criminal defense attorney at Eisner Gorin to determine if you are eligible and to discuss the process.

If you meet eligibility requirements, you can petition the court to expunge your California criminal record after you have completed probation, or after early termination of probation is granted.

The length of time it takes to expunge your criminal record will vary, but our office can normally have the petition filed and heard in court within a couple of months.