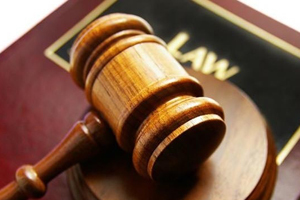 Conspiracy is a common federal offense and prosecutors will use the RICO Act to charge members with racketeering.

The general federal conspiracy statute is covered under 18 U.S.C. Section 371. Conspiracy is a federal crime involving:

In order to be charged with a federal conspiracy crime, it does not matter if the crime was actually carried out, only that the individuals conspired to commit the crime and then took steps to complete it.

If the crime was actually committed, an individual could face legal penalties for both conspiracy and the crime that was carried out. Conspiracy is a broad crime that can include many kinds of conduct.

Conspiracy is a common federal offense and prosecutors will often use the RICO Act to charge members of a criminal enterprise with racketeering.

Conspiracy and RICO crimes are interpreted very loosely and can result in innocent people, or someone who played a small role with no criminal history getting them criminally involved in a large scale drug trafficking or RICO case.

If you are under investigation or already charged with conspiracy, consult with a Los Angeles federal criminal defense lawyer at our office to review the details and evidence in you case to determine an effective defense strategy.

Federal conspiracy charges can include:

The main purpose of racketeering laws is to penalize organized criminal activities and crimes.

This can include a wide array of charges, such as arson, embezzlement, fraud, money laundering, robbery, extortion, gambling, bribery, kidnapping, conspiracy, and homicide.

Consult with a Los Angeles federal conspiracy attorney at our office for more information.

Racketeering is a federal crime, and therefore, it is prosecuted by the federal courts, rather than by California state courts.

The Racketeer Influenced and Corrupt Organizations Act (RICO) governs most federal racketeering charges and is part of the Organized Crime Control Act.

The purpose of this Act is to protect against and prevent organized crime in the United States.

Given the seriousness and complexity of a RICO case, it is essential that you have experienced legal representation throughout your entire case.

An experienced Los Angeles federal criminal defense lawyer at our law firm can advocate for you and help you to obtain the best possible result in your case.

In order for a federal prosecutor to prove a racketeering charge, they must prove the case “beyond a reasonable doubt” – meaning a doubt based upon ordinary reason and common sense.

In order to successfully meet this burden, the federal prosecutor must prove all of the following elements:

“Predicate acts” are crimes which are related and which involve common instructions, patterns, methods, or victims.

Consult with an experienced Los Angeles federal conspiracy attorney at our office to thoroughly review the details of your case.

Fortunately, several legal defenses are available to criminal defendants who have been charged with conspiracy or racketeering.

These defenses may include the following:

In some criminal cases, it may be possible to suppress the introduction of evidence critical to the prosecution's case if your federal criminal defense lawyer can establish that law enforcement violated the 4th Amendment in the way it conducted its investigation.

For example, if a law enforcement agency failed to obtain a warrant for certain forms of surveillance, any evidence gathered from that surveillance could be deemed inadmissible in court.

Likewise, if the police lacked appropriate justification for a traffic stop, any evidence gathered in the course of the stop would likely be excluded by the judge hearing your case.

Excluding evidence can significantly weaken the prosecution's case and even result in a case being dropped or dismissed in its entirety. In certain cases, we may be able to argue a First Amendment free speech issue.

Since conspiracy and RICO charges involve federal crimes against the United States, the potential penalties can be very serious and longstanding. Penalties may include:

In addition, a conviction will result in a permanent criminal record that could affect your ability to get a job, rent an apartment, vote, possess a firearm, or result in immigration consequences such as deportation.

Because of these potentially serious consequences, it is critical for anyone who has been accused of an offense related to conspiracy or the RICO Act to consult with a Los Angeles federal criminal defense lawyer as soon as possible.

A conviction for racketeering is very significant and can result in hefty fines, jail time, or both. Federal prosecutors tend to over-charge criminal defendants and often try to obtain evidence by unlawful means.

An experienced Los Angeles conspiracy and RICO defense attorney at our law firm will be able to examine all of the facts and circumstances of your individual case and can help you to formulate potential defenses.

Experienced legal representation can make the difference between going to jail and obtaining a dismissal.

Alternatively, our federal criminal lawyers may be able to assist you with obtaining a favorable plea deal from a federal prosecutor, thereby minimizing the long-term impacts of your case.

If you have been charged with a conspiracy or RICO case, skilled legal representation is essential.