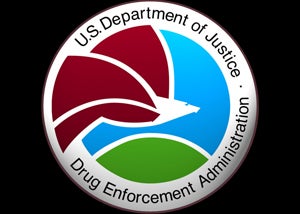 Many drug crimes that involve large quantities of controlled substances could be considered a federal crime.

Criminal cases involving federal drug violations can be extremely complex and may last for months or even years.

Any drug crime involving high quantities of controlled substances could be considered a federal crime.

The type of drugs covered under federal laws include:

Moreover, the bail structure in these cases is different than it is in state cases, and federal courts use different sentencing guidelines, many of which carry mandatory prison sentences.

Federal drug prosecutors in Los Angeles County are known for being particularly tough against drug offenders, and the federal criminal court system can be complex.

The personal and professional stakes couldn't be higher in a federal drug crime case.

Federal crimes oftentimes have more severe penalties associated with them than do crimes prosecuted at the state level.

Moreover, since colleges, universities, and employers nowadays look at prospective applicants' and prospective employees' criminal records and perform thorough background checks prior to making their decisions, a federal criminal record can have a serious impact on a defendant's educational opportunities and employability.

It's important to note there have been changes in federal sentencing under the First Step Act.

Therefore, if you are under a criminal investigation or already charged with any type of federal drug crime, you need to immediately consult with a Los Angeles federal criminal defense attorney at our law firm.

Our federal drug violation lawyers will need to review the details of your case in order to start building an effective defense strategy.

Federal law defines certain offenses related to the possession, sale, manufacture, cultivation, or trafficking of illegal drugs. Importantly, these laws apply not only to street drugs such as marijuana or heroin but also prescription drugs that are possessed illegally.

Some examples of federal drug offenses include the following:

The Federal Sentencing Guidelines provides the courts with guidance in these type of cases.

Additionally, federal prosecutors frequently wait until they have a obtained solid evidence before filing charges in an effort to secure a conviction at trial.

If convicted of a federal drug crime, the legal penalties are based on the type and quantity of the drug involved.

Other sentencing factors include whether a weapon was used and defendant's criminal history.

If the federal drug offense occurred in a school zone or close to a playground, the legal penalties can be enhanced.

Although federal drug crime cases are extremely fact-specific, all federal drug offenses have potential legal defenses associated with them.

An experienced Los Angeles federal criminal defense lawyer will be able to analyze the facts and circumstances of an individual case, as well as the available and potentially applicable legal defenses.

Some of the most common defenses used in federal drug cases include the following:

By asserting one or more of these legal defenses, an experienced Los Angeles federal criminal defense attorney may be able to obtain a dismissal of a federal drug crime case, or may plead for a lesser charge or lighter sentence.

Will Your Federal Drug Case Go To Trial?

Many defendants facing federal drug crimes cases wonder whether their case is going to go to trial. It is important for defendants to always carefully consider all of their options when deciding whether or not to reject or accept a plea deal, and each case will have specific issues that will affect the analysis.

That being said, defendants should understand that most cases do not go to trial and are resolved through the plea bargaining process. Further, a conviction could lead to forfeiture of property.

Importantly, however, the fact that a case is likely not going to trial does not mean that defendants should not retain a lawyer.

In addition, a carefully-crafted plea bargain can avoid any unforeseen collateral consequences of a guilty plea, such as immigration or professional consequences.

For this reasons, anyone accused of a federal drug crime should contact an experienced federal criminal attorney as soon as possible.

Federal drug crime cases are complex, and it is essential that you have legal assistance throughout your case.

An experienced Los Angeles federal drug crime attorney at our law firm will be able to discuss all of the facts and circumstances of your case with you and make recommendations about plea deals and possible defenses.

If you are convicted, federal drug offenses can carry mandatory prison sentences.