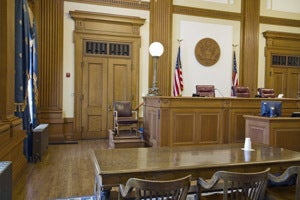 If you were convicted of a federal offense and believe it was the result of an error, you can appeal the conviction.

If you were convicted of an offense but believe the conviction was the result of an error, you may appeal your conviction.

If you were convicted of an offense but believe the conviction was the result of an error, you may appeal your conviction.

There are two ways for your case to reach the federal appeals process:

A federal case begins in a District Court. California is divided into four Federal districts:

If you choose to appeal your conviction and/or sentence from one of the District Courts, it will go to the United States Court of Appeals.

The United States Court of Appeals is divided into Eleven Circuits. California is part of the Ninth Circuit.

If you are appealing your case from one of the four districts in California, your case will therefore go to the Ninth Circuit.

The United States Supreme Court is the highest court in the country.

As stated previously, a case can also end up in the federal appellate process if it is a State case that involves federal issues.

When you are at both the trial and appellate stage of your case at the State level, you want to make sure that your attorney is aware of any Federal issues that could be used to allow your conviction to be appealed through the Federal appellate process.

Before beginning the Federal appellate process on a State conviction, all attempts at remedies in the State courts must have already been exhausted.

Once the possible State remedies have been exhausted, a habeas petition is filed in Federal district court to initiate the Federal appellate process.

Generally, for non death penalty cases, you have one year from the final review of your case in State court to file this petition.

Both the Federal appellate process for Federal convictions and Federal Habeas Corpus Review following a conviction in a California State court are complex legal processes with many rules and deadlines that need to be followed.

For these reasons, it is very important that you speak with an attorney as soon as you have been convicted and/or sentenced if you are interested in appealing your case.

If our federal criminal attorneys represented you on a federal case and you were convicted, our lawyers will guide you through the federal appeals process.

It's very important to note that an appeal in federal court has certain time limitations to file motions, writs and other documentation wit the federal court.

Due to these limitations, you can't delay your federal appeals process or you may lose your legal right to appeal your federal conviction.

A Los Angeles federal appeals lawyer at our law firm has extensive experience and knowledge in post conviction relief in federal court.

Call a federal criminal appellate lawyer at our law firm to thoroughly review all the details of your case and discuss potential legal options.