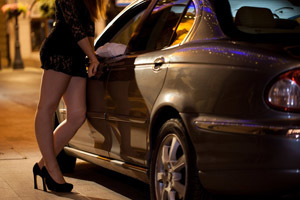 Penal Code 647(b) makes solicitation of prostitution a crime and describes as agreement to pay money in exchange for a specific sexual activity.

California Penal Code 647(b) criminalizes the act of soliciting an act of prostitution.

In many cases, the people who are accused of solicitation have been caught as part of a “sting” operation, where a law enforcement officer (or an agent of law enforcement) poses as a prostitute or client and waits for someone else to solicit an act of prostitution.

Importantly, the sexual act does not have to take place in order for the state to obtain a conviction – it is enough that the defendant offered money for sex or vice versa and that they intended to follow through on the bargain.

A closely related offense is:

If you have been accused of a prostitution related sex crime, you should immediately consult with a Los Angeles solicitation of prostitution lawyer at our law firm to thoroughly review all the details of your case in order to start building an effective defense strategy.

Solicitation of Prostitution Can Result in Significant Legal Penalties

People who are convicted of solicitation are often facing extremely serious legal penalties, including fines, probation, community service, and even jail time.

In addition, the penalties can increase if you have prior prostitution-related convictions on your record. Because solicitation cases are a sex crime, a conviction can have a significant impact on a person's reputation and may result in adverse social and personal consequences, as well.

Many people who are arrested for prostitution may feel like there is no hope for their case, as they were caught in the act by law enforcement.

It is important to realize that there may be legal defenses available that may result in the case being dismissed, a reduction in the offense of which you are accused, or an acquittal at trial.

A skilled Los Angeles solicitation of prostitution attorney can identify which specific defenses may apply in your case and some examples include the following:

While there are available legal defenses in solicitation of prostitution cases, in some situations, the best course of action for a defendant is to pursue a plea bargain with the prosecutor handling the case. A plea bargain involves agreeing to plead guilty to a lesser offense or a more lenient sentence.

Prosecutors are often willing to negotiate a more favorable outcome to avoid having to take a case to trial. It is imperative to have an experienced Los Angeles solicitation of prostitution defense attorney who can advise you regarding plea bargains and understands how to effectively negotiate with the prosecution.

If you have been accused of trying to solicit a prostitute in Los Angeles County, your reputation and freedom are on the line.

For this reason, it is critical to speak to an experienced sex crime defense attorney as soon as possible.

The lawyers of Eisner Gorin LLP are skilled criminal defense advocates who understand how to effectively navigate the criminal justice system and work hard to get our clients the best outcome possible in their case.