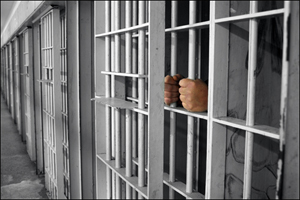 California warrants are issued for many different reasons. The most common are bench warrants and arrest warrants.

Having an active Los Angeles bench or arrest active warrant is a risky situation. Always looking over your shoulder or in the rear-view mirror is very stressful.

A routine traffic stop by police for speeding or a minor traffic violation will typically turn into an arrest. Warrants are issued for a variety of reasons. The most common are bench warrants and arrest warrants.

A bench warrant is often issued for a failure to appear in court or other violation of court orders, which could include failing to pay a fine, child support, or not completing a court-ordered sentence.

An arrest warrant is often issued by the court when law enforcement has shown probable cause to believe that an individual has committed a criminal offense.

Arrested in another state with an active Los Angeles County warrant? People who have an extradition warrant are commonly known as a "fugitive from justice."

Both are very serious and could result in immediate arrest. This means the police will take you into custody, possibly in front on your family or friends. It also means you will have to deal with the criminal charges and post bail for your release.

Therefore, rather than ignoring the situation or hoping you won't get caught, it's critical that you consult with a Los Angeles bench warrant lawyer immediately to review the circumstances of your bench or arrest warrant to determine the appropriate legal action.

You may be requited to appear in court, but with an experienced bench warrant attorney on your side, your chances of avoiding an arrest are much greater.

Having a warrant removed is a court legal action that can normally be completed pretty quickly if you retain a qualified defense lawyer.

Our law firm is very familiar with required court action to resolve this issue. We have successfully assisted numerous clients with outstanding warrants over of five decades of combined experience.

Bench warrants in Los Angeles are typically issued when someone disobeys a court order or a probation violation. It's a type of warrant ordered by a judge that authorizes the immediate on-sight arrest of anyone named on the warrant.

When you have been convicted of a criminal offense, the court will order certain terms you must meet as part of your sentencing. If you fail to meet the required terms, then you may be charged with a failure to comply.

You are now in contempt of court. There are many different reasons the court may issue a bench warrant, including:

This means at home, work, or just out with your friends. If police pull you over for any reason, they will run your car license plate and name. If the bench warrant appears in their system, expect to find yourself in custody and your car towed to the impound yard. Once release, you will discover very high impound fees to have you vehicle released.

A bench warrant attorney in Los Angeles at our firm can assist you with challenging the bench warrant and possibly have it recalled to avoid an arrest in the first place.

If you have already been arrested, our experienced defense attorneys can negotiate for a release on your own recognizance (without paying bail) or negotiate for a lower bail amount. We can also start the legal process of protecting you from criminal charges and a potential conviction.

Early intervention by one of our skilled lawyers can have a huge impact on the outcome. See Related: Differences Between Arrest Warrants and Search Warrants in Los Angeles.

An arrest warrant in Los Angeles is a legal document that authorizes law enforcement to arrest an individual immediately.

A judge will typically issue an arrest warrant after police have established sufficient probable cause that an individual has committed a crime, or immediately after grand jury indictment.

If you become aware that an arrest warrant has been issued in your name from any Los Angeles County court, you should act immediately by contacting our Los Angeles arrest warrant attorneys to review all the details in order to determine the best course of action.

There are many ways our experienced lawyers can help you resolve the issue and help avoid an arrest, including:

Have an arrest warrant in your name for a felony offense? A felony crime is much more serious than a misdemeanor crime. Punishment can include a minimum of one year in state prison, all the way to life imprisonment.

If arrested on a felony warrant, it's highly likely bail be ordered by the court, rather than qualifying for a release on your own recognizance. Consult with a Los Angeles warrant attorney at our law firm to review your options.

While less serious than a felony offense, misdemeanors are also a criminal offense.  If convicted, you could face county jail time, large fines, community service, and probation.

In California, many offenses are "wobblers," meaning they can be charged as a misdemeanor or felony offense, depending on the circumstances of the crime.

If you have been accused on violating your probation, a judge could issue an arrest warrant in your name.

A probation violation could include a number of actions, all considered violating specific conditions of your formal or informal probation. Some examples include:

If you have an outstanding warrant for a probation violation, give our law firm a call immediately. Our Los Angeles warrant lawyers will review the situation to determine what we can be done to help cancel the warrant, negotiate an OR release, reduce the bail amount, or challenge your probation violation charges.

It's much better to confront your arrest warrant head on, rather than wait and see if you get arrested later.

Your chances of a move favorable outcome will be much greater with early involvement of one of our probation violation defense lawyers.

We have learned through experience, many people who have active warrants issued for their arrest are not aware they are at risk being taken into custody.

However, as soon as you discover you may be in danger of being arrested due to an outstanding warrant, call our law firm to speak with an experienced Los Angeles bench warrant lawyer at Eisner Gorin LLP at (877) 781-1570 immediately.

Our attorneys will review your situation and explain how we can help.