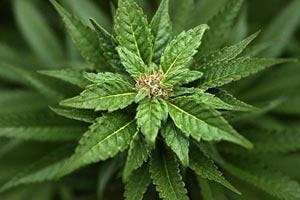 The Adult Use of Marijuana Act allows adults over the age of 21 to purchase, possess, and privately consume up to 1 ounce of marijuana.

In November of 2016, California citizens voted to pass the Adult Use of Marijuana Act. The Act, which was known on the ballot as Proposition 64, allowed adults over the age of 21 to purchase, possess, and privately consume up to 1 ounce of marijuana.

They can also transport and give away the same amount, but can't sell marijuana for a profit. Additionally, the law allows private cultivation of up to 6 marijuana plants.

Individuals can process and keep the entire harvest. Previously, without a medical marijuana recommendation, these activities were illegal and could lead to drug crime charges.

For individuals who are 18-20 years old, the legal penalties for possession of up to 1 once of marijuana or growing up to 6 plants have been reduced from potential jail time to just an infraction punishable by a $100 fine. Minors are still prohibited from using, possessing, or transporting any amount of marijuana.

However, under California Proposition 64, the potential legal penalties for these activities have been reduced to community service, counseling, and drug education programs instead of fines and jail time.

This is a dramatic reduction in possible criminal liability of a conviction. For example, under prior law, an individual could face a 4 year California state prison sentence for transporting more than 1 ounce of marijuana. Confused yet? There's more.

In addition, while recreational use of marijuana by an adult is now legal, it must be in an authorized area. If individual smokes marijuana in an unlicensed public site, they can legally punished by a fine.

Finally, it's important to note that marijuana is still considered a Schedule 1 controlled substance under federal law. Confusion surrounding the use and possession of marijuana remains despite the law's passage. So what exactly is the current state of marijuana laws in California?

Recreational Use of Marijuana

California has a long standing history with marijuana. With the passage of the Adult Use of Marijuana Act, California joins Alaska, Colorado, Oregon, and Washington in allowing for the use of recreational marijuana.

California's Adult Use of Marijuana Act also allows for businesses to engage in the regulated sale of marijuana. This process will occur across phases. Businesses are required to apply for licenses, and the first licenses will not be issued until January of 2018. It remains illegal for businesses to sell marijuana for recreational use at this time.

California passed legalizing medical marijuana decades ago. These laws allowed for doctors to prescribe marijuana as medication to qualified patients.

Under California's medical marijuana laws, an individual is only allowed to purchase marijuana with a valid script identifying the patient's condition entitling them to marijuana use.

Californians enjoyed the relatively widespread decriminalization of marijuana even prior to the passing of the Adult Use of Marijuana Act.

Since then, criminal laws relating to marijuana have become even more relaxed. Still, Californians must remember that they must abide by the laws.

This means that possession of a quantity of marijuana in excess of 1 ounce may be punishable by law. Those under the age of 21 are still subject to criminal sanctions. Most importantly, driving under the influence of marijuana is dangerous, and doing so may result in a DUI charge.

All of the states, including California that passed legislation legalizing recreational use of marijuana did so under the Obama Administration.

The administration enacted a policy in which it would not prosecute individuals for drug crimes if they were abiding by state laws.

The Trump Administration's position seems to indicate a total shift from the previous administrations, but there is little clarity as to how the federal government will actually approach enforcement in states that have legalized recreational marijuana.

In this more permissive legal environment, it is important to keep in mind that crimes related to the possession or sale of marijuana can still result in serious legal consequences that could affect your life for years. Some of these include the following:

In addition, a serious drug offense could have significant collateral consequences, including difficulty obtaining a job or renting an apartment, exclusion from the federal student loan program, and damage to your reputation in the community.

For this reason, it is critical for anyone that has been accused of drug crime in California to speak with Los Angeles criminal defense attorney as soon as possible. It is important to understand that an experienced criminal lawyer can often help you even if you even if there are no legal defenses available in your case.

In Los Angeles County, many first-time offenders are eligible for a diversionary program that, if completed successfully, will not result in a conviction being entered on your record.

California's marijuana laws, while more relaxed than the majority of states, can remain complex for the uninformed. If you are charged with the unlawful use or possession of marijuana, seek legal counsel. The knowledgeable criminal defense attorneys of Eisner Gorin LLP will review the facts of your case and help you challenge any marijuana-related charges. Contact us today by calling 877-781-1570.