Can You Challenge DUI Breathalyzer Results? 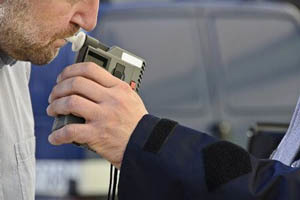 Breath tests results in DUI cases are not an exact science and can be challenged by an experienced DUI attorney.

People who are convicted of this offense are subject to extremely serious legal consequences, including significant fines, probation, community service, the loss of their driver's license, and even jail time.

In Los Angeles County, there are literally thousands of DUI cases filed every year. A major factor that prosecutors and juries consider in a DUI case is the defendant's breath test results at the time of arrest.

The most common method used to determine an individual's blood alcohol concentration is through the administration of a breathalyzer exam.

A police officer will, during the traffic stop, administer an exam if they suspect the driver to have been driving under the influence.

During the exam, the driver must breathe a continuous breath into the breathalyzer.

The machine will analyze the contents of the driver's breath and calculate the driver's BAC. A driver with a BAC above the legal limit of 0.08 will likely be arrested on suspicion of driving under the influence.

A second breathalyzer exam is usually administered at the police station. A driver who has a BAC over the legal limit will likely be formally charged with driving under the influence. Moreover, the results of the second breathalyzer are admissible at trial.

They may even beat the charges. Consequently, anyone who has been arrested under suspicion of drunk driving should have a DUI lawyer review their case, regardless of the results of any chemical testing that may have been performed.

Breath tests results in Los Angeles DUI cases are not an exact science and can be challenged by an experienced DUI attorney.

However, the results of these tests are the major factor used by prosecutors, judges, and a jury to convict countless individuals every year in driving under the influence cases.

Beating the Results of a DUI Breathalyzer

Many believe that the results of a breathalyzer exam are indisputable and that the fact that they “blew” means that their case is hopeless.

This is a misguided belief and has undoubtedly resulted in individuals being needlessly convicted of DUI over the years.

However, there are a variety of ways an experienced Los Angeles DUI attorney could challenge the DUI breath test results, depending on the specific facts of your case.

The results of your DUI breath test are typically the stating point in your case as it determines the serious nature of your drunk driving case.

Your DUI attorney may raise valid legal defenses that could throw the examination into question, thereby defeating the charge. Your lawyer may challenge the results by the following:

Call a Los Angeles DUI Attorney to Review Your Case

Different people process alcohol in different ways and there are several factors that can influence the results of a DUI breath test results. Some examples include their height, weight, and what food they ate within the hours of drinking and driving.

This is why you need an experienced Los Angeles DUI attorney from our law firm.

The experienced DUI attorneys at Eisner Gorin LLP recognize that, and they will zealously defend you in your DUI case.