Can You Pass the DUI Field Sobriety Test? 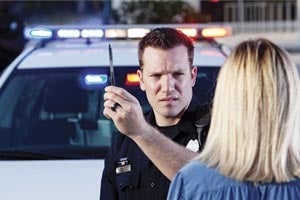 The standard field sobriety tests given by Los Angeles police give them certain clues that might indicate impairment.

Few things terrify drivers more than being pulled over during a night out in which they have consumed alcohol, even if only one drink. Driving Under the Influence - also known as DUI - is a serious criminal charge that may have a lasting impact on California drivers.

Before any field sobriety test are administered, it's important to remember that a police officer must first have probable cause to pull a driver over on suspicion of DUI. A driver suspected of DUI may be asked to perform one or several field sobriety tests.

Our Los Angeles DUI attorneys have been frequently asked if it is possible to pass DUI field sobriety test. There is no one simple answer as it will depend on a wide variety of factors.

However, many police officers will only make note of what they observed that indicate the person was driving under the influence.

Physical limitations, such as obesity or an injury can obviously have an impact on your ability to pass various field sobriety tests, and could be used as a defense by your DUI lawyer.

The standardized DUI field sobriety tests are supposed to be carried out in a certain way and under certain conditions. For example, they should be administered on a flat, well-lit surface.

These ideal conditions don't always exist. It's not uncommon for field sobriety tests to be given late at night on a dark side of a road or freeway with the lights of passing cars as a distraction.

A field sobriety test includes different physical and mental "exercises." A police officer may order the driver to perform these exercises so they can determine whether or not the driver is driving under the influence of alcohol, drugs, or prescription medications.

An officer reaches their determination based on the driver's performance. Officers often conclude that a poor performance indicates an impairment caused by the influence of drugs or alcohol.

Although the National Highway Traffic Safety Administration (NHTSA) has moved towards the standardization of field sobriety tests, states such as California are not required to adopt them.

As a result, field sobriety tests can be inaccurate and feature several errors. Still, both prosecutors and police use field sobriety results as evidence at trial.

You do not Have to Submit to a Field Sobriety Test

Contrary to popular belief, individuals who have been pulled over for suspicion of driving under the influence are not legally required to submit to field sobriety tests. In many cases in Los Angeles County, these DUI test are unreliable. The best way to pass a field sobriety test is to avoid one.

However, it's important to understand that your legal right to refuse these tests could have legal consequences as the DMV and a jury could rely on the results of these tests to determine guilt or an administrative finding to suspend your driver's license.

Many officers use several different exercises when administering a field sobriety test. These exercises include:

This is a non-exhaustive list. While several tests are used, only the first 3 listed are considered "standardized" by the NHTSA. Some field sobriety tests are difficult even for individuals who are not under the influence of alcohol or any substances.

Moreover, results are subject to the officer's interpretation and other outside influences. Therefore, the best way to beat a field sobriety test's results is to seek the help of an experienced Los Angeles DUI lawyer.

So, Can You Pass DUI Field Sobriety Tests?

As a result, these tests are used more as a tool to gather evidence than they are as a way to determine whether a driver is drunk. While refusing to submit to testing may result in your immediate arrest, it also may make the prosecution's case against you much weaker, potentially improving the ultimate outcome of your case.

It is important to understand that every situation is unique and that no course of action will always be the right one. For this reason, if you have questions about how to conduct yourself in a particular situation, you should consult with a criminal defense attorney familiar with the law in your jurisdiction.

What are the Legal Consequences of a DUI Conviction?

Different factors including whether an injury-causing accident occurred, the number of previous DUI offenses, and blood alcohol concentration (BAC) can also impact the extent of consequences for a DUI conviction. It is important to note that BAC is calculated in alcohol-related cases.

An individual under the influence of drugs or prescription medication may also be charged with DUI. Drivers convicted of DUI may face some of the following consequences:

Field sobriety tests are one method officers use to conclude whether or not a driver has been driving under the influence of drugs, alcohol, or medication. Although Los Angeles is a fun city, a DUI is anything but fun. Contact the experienced legal team at Eisner Gorin LLP if you or someone you care about has been charged with DUI.

Our skilled Los Angeles DUI defense attorneys will review the facts of your case and zealously defend against the charges against you.