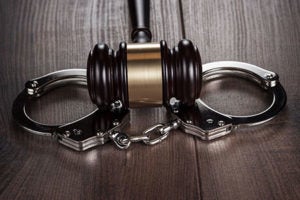 Under penal Code 166 PC, there are many different acts that could be considered a "contempt of court," such as loud behavior.

There are a wide-range of acts that are considered a “contempt of court,” which include loud and excessive noise during a court hearing, refusal to be sworn in as a court witness, and willfully disobeying a court order.

In Los Angeles County criminal courts, the most common form of a California Penal Code 166 contempt of court charges are connected to intentional violations of a court order, including domestic violence related issues on restraining orders, protective orders and stay-away orders.

It should be noted that PC 166 doesn't apply to violations of a condition of probation which are also a willful disobedience of a court order. This type of violation would be dealt with separately in a probation violation hearing.

The primary difference between the two statutes is that PC 166 also covers disrespectful behavior during a court proceeding. A common example in Los Angeles County of a prosecution for violating a court order under penal Code 166 includes a situation where a boyfriend has been charged with domestic battery on his girlfriend in violation of California Penal Code Section 243(e).

While his criminal charges are pending in court, he was ordered by the judge to stay away and have no contact with his girlfriend. However, he starts sending her text messages of apology and attempts to reconcile their relationship and even drives over to her house. In this example, the boyfriend could face prosecution for contempt of court for willfully violating the stay away order from the court.

A contempt of court charge is typically a misdemeanor offense punishable by up to 6 months in a Los Angeles County jail and a fine up to $1,000, but there are some aggravating factors of contempt that would result in more serious legal penalties.

If you have been accused of contempt of court, contact the experienced Los Angeles criminal defense lawyers at Eisner Gorin LLP to review the details of your situation and provide you with legal advice moving forward.

Now that we have covered a general overview of PC 166 contempt of court laws, let's take a closer examination at the legal definition, penalties and potential legal defenses below.

In order to be convicted of contempt of court for violating a court order, the Los Angeles County prosecutor has to be able to prove, beyond reasonable doubt, specific facts that are commonly known as the “elements of the crime.” These include the following:

A “lawful written order” is important to understand in the context of PC 166 contempt of court. If it can be determined the order was not valid or in excess of jurisdiction, you can't be convicted of contempt of court. It must also be proven you personally knew about the order and acted in a manner that was specifically prohibited.

The last element of the crime deals with the “willful” violation of the order and can be the moist critical point.

A contempt of court requires willful disobedience. This means you knew about it and violated it anyway on purpose. For example, let's say the court ordered you to have no contact and stay away from your wife after a domestic violence incident. However, you start sending her text messages.

This behavior would be considered “willful” as you were specifically ordered to refrain from contact her, but you willfully chose to violate that order. On the flip side, if you just happen to run into her at the grocery store by chance, but made no attempt to communicate, then you would not be considered to have willfully violate the court order.

If you fail to comply with the conditions, you can be ordered to appear in court to show why to failed to provide support and why the court should not sentence you. Your criminal defense attorney could negotiate with the prosecutor to avoid severe legal penalties or jail time.

Typically, a violation of California Penal Code 166 contempt of court laws is a misdemeanor offense that carries up to 6 months in a Los Angeles County jail and a fine up to $1,000. However, there are certain type of violation that will carry more severe penalties.

For example, a violation of a domestic violence protective or stay-away order carries up to one year in the county jail. Any further violations become a “wobbler,” meaning the prosecutor can charge the case as either a misdemeanor or felony offense. A felony conviction carries up to 3 years in a California state prison and a $10,000 fine.

Finally, as discussed above, violating a restraining Order under California Penal Code Section 273.6 is a similar, but PC 166 is a broader statute that applies to the violation of any court order or any action considered contempt of court.

Penal Code 273.6 only covers the violation of protective orders and the prosecutor will make the decision on how to charge you criminally.

If you have been accused of contempt of court that violated California Penal Code Section 166, our criminal defense lawyers have a range of strategies we may use to obtain the best possible outcome. Some of the most common include:

No intent: In some cases, we may be able to argue there was no specific intent to violate the court order. Perhaps you didn't appear in court because you made an honest mistake on the court date. Perhaps you came into contact with your spouse accidentally or by chance while ordered to stay away.

It's critical to note that an honest mistake is not the same as an intentional violation of a court order.

No knowledge: Obviously, if you were not aware of a court order, you can be convicted for a willful violation of that order. Perhaps our lawyers could show you simply had no knowledge of the court order. For example, maybe it was mailed to an old address or you were not properly notified of a court hearing.

If we can cast doubt that you were reasonably unaware of the existence of the court order, you have a good chance of avoiding a conviction.

False allegation: It's not that uncommon for someone to be falsely accused especially in situations where are relationship has turned bad. Perhaps the protected party in a domestic violence protective order is out for revenge and falsely accused you of violating the court order to stay away.

Our lawyers may be able to prove to allegations are simply false and were motivated out of anger or jealously.

In certain cases, we may be able to argue a First Amendment free speech issue.

If you are facing contempt of court charges in violation of California Penal Code 166, you could be facing severe legal consequences. Our Los Angeles criminal defense attorneys have experience in dealing with PC 166 charges and will work aggressively to obtain the best possible outcome of your case.

The first step is a case review of the specific details on your situation in order to develop a strategy to defend you.

Our law firm serves clients throughout Southern California, inlcuding Los Angeles County and San Fernando Valley. Contact our office at 877-781-1570 for a consultation.