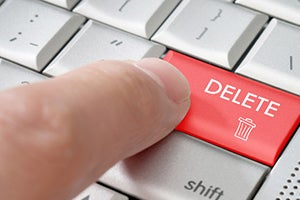 PC 135 makes it a crime to willfully destroy or conceal anything about to be produced as evidence in an investigation, inquiry, or a trial.

In other words, it's a crime to tamper with any type of evidence you know is relevant to a legal investigation or a Los Angeles County court case. Penal Code Section 135 is not often prosecuted, but when someone is charged, it typically surrounds a criminal investigation or a pending family law issue.

It's important to note that you must know the evidence is going to be used as evidence against you and you destroyed or concealed it “willfully,” meaning it was intentional.

For example, if you own a business and are aware there is an investigation for income tax fraud and you destroy accounting records, you could face criminal charges under Penal Code 135.

Another example of when you could face charges of destroying or concealing evidence includes a situation where you intentionally conceal financial records that were to be used to determine alimony in a divorce case.

Penal Code 135 can also apply to police officers or detectives who intentionally conceal or destroy evidence that might be favorable to a criminal defendant.

Evidence can include just about anything, such as legal documents, photos, videos, text messages, cell phones, drugs, drug paraphernalia, articles of clothing or weapons used in a crime.

If you have been accused of destroying or concealing evidence in violation of PC 135, you need to remain silent and contact the Los Angeles criminal defense lawyer at Eisner Gorin LLP to review your situation. Let's review the legal definition, penalties and legal defenses below.

As stated above, it's critical to note that in order for the Los Angeles County to obtain a conviction for destroying or concealing evidence, they must be able to prove, beyond any reasonable doubt, the “elements of the crime,” which include the following:

It should be noted that in order to be convicted of California Penal Code Section 135, you must have been successful at destroying or concealing the evidence. If you attempted and failed to destroy evidence, it's not a crime.

In other words, in most cases, just the attempt is not a crime. In order to commit a violation of Penal Code Section 135 PC, you must have destroyed or concealed evidence that is relevant to a legal proceeding, including the following:

In many criminal cases on destroying or concealing evidence, the Los Angeles County prosecutor may find it difficult to prove you acted “willfully and deliberately.” If the prosecutor is able to secure a conviction, you are guilty of a misdemeanor offense and could face up to 6 months in a county jail, and a fine up to $1,000.

Additionally, a PC 135 conviction could lead to other penalties such as:

It should be noted that a violation of PC 135 only applies to lawful legal proceedings, not an independent private investigation or proceeding.

It's critical to stop and note here that if you are currently under a criminal investigation for destroying or concealing evidence, you need to politely decline to answer any questions from police detectives. Rather, call our Los Angeles criminal defense law firm immediately.

Our Los Angeles criminal defense attorneys can use several common legal defenses for a violation of destroying or concealing evidence, under CA Penal Code Section 135. The first step is a thorough review of all the facts and evidence in your case. Some of the most common legal defenses include the following:

Mistake of fact – As stated above, you can't be convicted of PC 135 unless it can be proven, beyond reasonable doubt, you knew you were destroying or concealing evidence that was going to be used in a legal proceeding.

If we are able to cast some reasonable doubt on this critical element of the crime, you can probably avoid a criminal conviction

Evidence was not destroyed – As stated above, under California law and unlike most other California crimes or other states; you must have been successful in destroying or concealing the evidence in order to be found guilty of violating Penal Code Section 135. In other words, there is no crime if only an attempt was made, but unsuccessful.

In some cases, our criminal attorneys might be able to show that the evidence was not actually destroyed or concealed, thus you can't be found guilty.

If you are under investigation or already charged with destroying or concealing evidence in violation of California Penal Code Section 135, you need to contact the top-rated Los Angels criminal defense lawyers at Eisner Gorin LLP.

Our law firm has a track record of success and will aggressively fight to obtain the best possible outcome on your case.