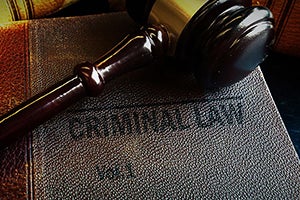 Pre-trial motions are tools used by the criminal lawyers and prosecutor in an effort to set boundaries for trial, if one occurs.

In both federal and California State criminal cases, pretrial motion practice is a critical component of an effective defense. Which, if any, motions are appropriate to bring before the court will depend on the particular facts, circumstances, and allegations of the individual case. However, certain categories of motions are frequently litigated in criminal cases.

After a preliminary hearing and before a criminal case proceeds to trial, the prosecutor and the criminal defense lawyer will typically appear before a judge and make pre-trial motions, which are arguments that certain evidence should be kept out of the trial, certain people can't testify, or the case should be dismissed.

For example, if you have been denied a right to a speedy trial, then your criminal lawyer can file a motion asking the court to dismiss your charges.

This is known as “Serna motion,” which is a motion to dismiss a misdemeanor or felony case due to a speedy trial violation.

Pre-trial motions are tools used by the government and the defense in an effort to set the boundaries for trial, should one take place: What physical evidence and testimony can be used? What legal arguments can and cannot be made? Is there any reason that the defendant should not be forced to stand trial?

While specific possibilities are countless, some examples of pre-trail motions that could be made include:

This post will give a broad overview of some common pretrial motions. Readers should keep in mind, however, that this list is not exhaustive and the determination of whether to file a particular motion, or motions, in an individual case requires a fact-intensive appraisal of the case in consultation with a California criminal defense lawyer at Eisner Gorin LLP.

In the United States, everybody is subject to the rule of law, including federal agents and local police. This means they have limits on what they can do while investigating a crime and are prohibited from engaging in unreasonable searches and seizures.

This rule applies to searches and seizures of people, vehicles, homes, place of employment, and just about any other place where they have a reasonable expectation of privacy. If police break the law while investigating, it may be possible to keep the evidence they obtained from being used in court by filing a motion to suppress evidence.

When law enforcement violates a suspect's constitutional rights, the appropriate remedy is often for courts to exclude evidence gathered in violation of those rights from the criminal case.

A violation of one or more constitutional rights can be alleged in a motion to suppress.

For example, the Fourth Amendment guarantees the right to be free from unreasonable searches and seizures. What is and is not a reasonable search, particularly when conducted without a warrant, is a complex topic in its own right.

Assuming that a search was in fact unreasonable, and harmful evidence of the client's guilt was obtained during the search, the defense attorney will file a motion to suppress the evidence. The court will most likely schedule an evidentiary hearing at which witnesses, typically including the arresting officers, will testify to establish the facts and circumstances surrounding the search.

The criminal defense attorneys will then make legal arguments about whether law enforcement acted consistent with the defendant's rights. Even in a case where the evidence of guilt is overwhelming, a strong suppression motion can result in dismissal of the accusations against the client.

Another commonly filed motion in criminal cases is a motion to compel discovery.  Prosecuting agencies, whether State or federal cases, have a constitutional obligation to turn over certain pieces of information to a criminal defendant.

Readers may be familiar with the Brady case, which held that material, exculpatory evidence must be provided to the defendant prior to trial to ensure a fundamentally fair process.

Brady and other subsequent cases define the prosecutor's discovery obligations. However, disputes can arise in the discovery and investigation process of a case where the prosecution has information they refuse to turn over.

This is not necessarily a bad-faith attempt to prejudice the defendant. Often, the prosecutor will truly believe that they are not obligated to turn over a certain piece of evidence. When the defense disagrees, their remedy is a motion to compel discovery which asks the court to order the prosecution to disclose the sought information.

California law provides significant privacy protections to law enforcement officers, including a presumption that any information contained in their personnel files will remain confidential.

However, in some cases, such as those involving allegations of racial bias, excessive force, or fabrications in an official report, certain information such as past disciplinary incidents may be highly relevant to the defendant's case.

Courts strike the balance between the officer's right to privacy and the defendant's right to critical discovery materials by conducting a Pitchess hearing. First, the defendant brings a motion before the court explaining the basis for the request to disclose the law enforcement personnel records.

Effective motion practice is critical to maximizing the defendant's chances of a positive outcome. Well-written and argued motions can be dispositive, meaning they determine the outcome of the entire case.

If you have been accused of a crime, let our criminal defense lawyers review the specific details of your case to determine whether your rights were violated by law enforcement. We are committed to protecting your legal rights and to holding law enforcement accountable.

If you are interested in learning more about effective motion practice and how it can improve your chances of success, call our criminal defense law firm for a consultation at 877-781-1570.