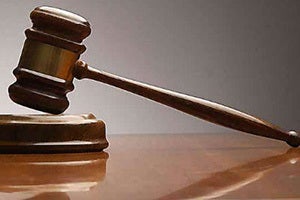 Our Los Angeles criminal law firm can use a wide range of effective strategies to fight your criminal charges.

In order to convict someone charged with a crime in California, the prosecutor must prove guilt beyond a reasonable doubt. Every defendant will have an opportunity to present a defense, normally with assistance from their criminal defense lawyer.

Experienced criminal attorneys will typically attempt to find weaknesses in the prosecutor's case to decide on a strategy for best possible outcome.

These are numerous criminal defenses available, but all will depend on the specific facts and circumstances of the case. It should be noted every case is unique and will first require a thorough review of the details.

Clearly, not every defense will apply to every crime. Our California criminal defense lawyers provide a description below of the most common legal defenses.

A criminal accusation in California State court must be proven beyond a reasonable doubt by the prosecution.

This is the highest standard of proof in the law and means essentially that the evidence presented must exclude all reasonable alternative theories of liability and must leave the jury with an abiding conviction of the truth of the charges. The defense of reasonable doubt is almost always argued, even when other more specific defenses are also presented.

Even if a jury is convinced that there is some evidence of guilt, an experienced defense attorney will articulate why the jury is legally bound to acquit if the prosecution's high burden of proof has not been met.

To be criminal, conduct must be voluntarily undertaken, if not intentional, depending on the nature of the crime.

A pure accident, even if it results in injury or property damage, cannot form the basis of a criminal act. That said, some conduct, such as driving under the Influence, is criminal even if the defendant does not intend to commit a crime or cause harm to others. See CALCRIM 3404.

In some cases, the identity of the perpetrator is seriously in doubt. This can arise where identification is made by eyewitnesses who did not have a good vantage point or are biased, or where there are conflicting identifications between different witnesses.

Evidence in criminal cases is often seized pursuant to a search warrant. More commonly, however, searches occur without warrants are sustained through the many exceptions to the warrant requirement of the Fourth Amendment to the United States Constitution.

When the justification for the search - whether pursuant to a warrant or not - is questionable, a defense attorney brings a motion to suppress. Evidence seized in violation of the defendant's constitutional rights may not be used against him or her.

If the suppressed evidence is critical to the prosecution's case, raising the constitutional issue may in effect serve as a complete defense to the charges.

The doctrine of duress holds that a defendant is not liable for criminal acts committed under threat of imminent physical harm to him or herself or his or her close family members.

In the classic scenario, a defendant is charged with robbing a bank but only did so because a third party put a gun to the defendant's head and made it clear that if the defendant refused to rob the bank, he would be killed.

Duress has limits, however.  For instance, no amount of duress is a defense to murder. See CALCRIM 3402.

The government may not prosecute someone for conduct the government itself induced. This is known as entrapment and is a complete defense to many crimes.

However, if the defendant was predisposed to the criminal conduct and the government merely provided them with an opportunity to do the wrongful act that they would have done anyway, this is not entrapment.

For example, when the government's agents pose as narcotics dealers and arrange for a purchase by the defendant, no entrapment has occurred.

Insanity is a complete defense to most crimes. When someone is legally insane, they are unaware of the nature and consequences of their actions and therefore cannot form the mental state required to be guilty. A finding of not guilty by reason of insanity does not, however, result in the release of the defendant.

Typically, a person found to be legally insane is committed to the State Hospital for mandatory psychiatric treatment in an effort to restore his or her sanity. See CALCRIM 3450.

Certain crimes require that a defendant know, or reasonably should know, certain critical facts. For example, the crime of trespass requires that the defendant knowingly enter onto someone else's property without permission.

Suppose the defendant reasonably believes that he has permission to enter a certain piece of property when in fact that permission had been revoked without his knowledge. This is a reasonable mistake of fact which would form a defense to the trespassing charge. Certain mistakes of fact are unreasonable, however, or cannot be asserted for public policy reasons.

For example, the defendant charged with pimping a minor cannot rely on his reasonable mistake of fact as to the prostitute's age because pimping is an inherently unlawful activity for which the defendant does not get the benefit of his good-faith mistake. See CALCRIM 3406.

In rare situations, commission of a crime is necessary to prevent a greater harm either to property or to a person. For instance, driving at an excessive speed is unlawful and can even be a misdemeanor if sufficiently reckless.

However, if the driver is doing so to reach the hospital to save the life of his critically ill passenger, he may have a necessity defense. In another scenario, a defendant might trespass onto a neighbor's property to avoid a rabid dog chasing him down.

The trespass defendant would have a necessity defense as the trespass is a lesser harm than being mauled by the rabid dog.  See CALCRIM 3403.

Self-defense - Defense of others

The use of reasonable and proportionate force to protect oneself or another is usually a complete defense to an assault-type criminal charge. The key question is whether the force used was reasonable under the circumstances.

If an individual at a bar shoves you on the shoulder - a misdemeanor battery - it would not be reasonable to immediately produce a pistol and shoot the aggressor in the head. On the other hand, pushing the individual back to create enough space to exit the situation might be reasonable. A self-defense claim is necessarily fact-specific. See CALCRIM 3470.

Similar to insanity, the defense of unconsciousness or intoxication is viable where the defendant was unable to form the required mental state to commit the crime. Unconsciousness can occur due to a medical condition where intoxication refers to foreign substances entering the body.

A further distinction exists between voluntary and involuntary intoxication. It is common sense that someone who intentionally takes mind altering chemicals does not get the benefit of his or her resulting intoxication when he or she commits crimes.

Conversely, someone whose drink is “spiked,” is not generally held responsible for their unlawful conduct which results from their involuntary intoxication. See CALCRIM 3425 through 3427.

In some cases, a set of facts will lead a criminal lawyer more than one defense option. Again, every case has a unique set of facts and circumstances that will first require a close review in order to determine the most effective strategy.

If you are face criminal charges, consult with our experienced Los Angeles criminal defense attorneys to review your case and options. Our skilled lawyers will be able to explain the applicable law and protect your rights. To learn more about defenses to crimes, contact our criminal defense law firm at 877-781-1570.