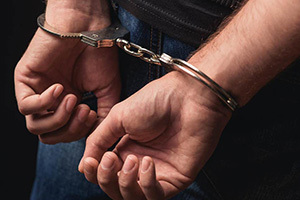 The first source of authority used by judges in setting bail is typically the county bail schedule.

In California criminal cases, one of the most common issues faced by defendants and their loved ones is whether and how to post bail to secure the defendant's release from custody.

Posting bail is a crucial part of the criminal case process.

Unlike in federal court where release on the promise to appear in court is based on collateral secured from sureties, in California criminal cases, particularly felonies, cash bail is almost always the order of the day.

Most people charged with state crimes in Los Angeles area are entitled to bail.

The judge will set a bail amount that is designed to guarantee that a defendant will appear in court after they have been released.

In some ways, posting bail could be considered a security deposit, meaning as long as the defendant shows up in court when scheduled, the bail will be returned.

If they fail to appear, then the court will keep the money. Anyone who has been charged with a minor crime or non-violent misdemeanor are frequently granted an own recognizance release.

There are many ways to post bail, including defendant's family or friends pay the full bail amount, or they retain a bail bondsman to post a bail bond by paying a fee and giving him collateral.

Once bail is posted with the court, the defendant is released from jail. Posting cash bail is often a necessity for defendants facing serious criminal charges in California state courts.

In order to give readers some useful information on bail schedules, our California criminal defense lawyers are providing an overview below.

What is a Bail Schedule?

The first source of authority relied upon by judges in setting bail and prosecutors in requesting bail is typically the so-called bail schedule.

This is a document promulgated by the Superior Court of each county in California which sets forth presumptive bail amounts for every felony offense which can be charged under the:

Technically, the bail schedule is only determinative of the bail amount which the defendant must post to be released from custody after an arrest by law enforcement, but before the first appearance before a judge.

This also applies when an amount of bail is attached to a warrant for the defendant's arrest approved by a judge.

However, the reality is that the bail schedule often guides judge's determinations of the appropriate bail amount long after the case is brought to court.

Requesting “schedule bail” as a prosecutor is seen by many judicial officers as an inherently reasonable request.

The bail schedule in general sets specific dollar amounts for specific offenses which are roughly proportionate to the amount of potential prison time the defendant would face if convicted of the given offense.

For example, bail for a robbery, burglary, or serious assault will generally be higher than that for a grand theft.

There are many exceptions to this general rule, however, based on specific offense characteristics and the history of the defendant or arrestee in question.

A serious of miscellaneous enhancements can also be applied including allegations that a hate crime was committed, that the defendant has pending charges in another court, and that any of the offenses alleged against the defendant would expose them to a life sentence if convicted.

The calculation of schedule bail begins with the amount prescribed for the offense of arrest.

When a defendant is arrested for more than one offense, the amount of bail under the bail schedule is the greatest amount among the offenses.

Again, there are exceptions. If there are multiple victims, the amounts can be added together rather than taking the highest amount.

If the offenses were committed on separate dates, the amounts of bail may also be added together.

The next step is to determine if any enhancements apply.

The list of enhancements which can increase the presumptive amount of bail is extensive. If the defendant is alleged to have committed the offense for the benefit of a criminal street gang, bail is increased.

Use of a weapon results in increases in bail in varying amounts depending on if the weapon was a firearm, whether it was merely possessed or used, whether anyone was injured with the weapon, etc.

If the case involves fraud or embezzlement, enhancements apply if the alleged loss amount exceeds certain thresholds.  Likewise, in the case of a narcotics arrest, if the amount of narcotics involved exceeds a certain amount, bail is enhanced.

Characteristics related to the arrestee's prior history are also relevant in calculating schedule bail.

Prior convictions for violent offenses and for offenses which fall under California's three strikes law can significantly increase bail.

If the defendant served a prison term within the preceding five years, bail is also increased.

Below is a list of some local California bail schedules by County:

Once a defendant reaches their first court hearing, a bail hearing can be requested.

A bail hearing is a legal proceeding where a criminal court judge decides whether to release a defendant from custody while waiting for trail.

The judge can depart from the schedule bail, either by increasing or decreasing the amount of bail.

They also consider factual findings about the risk to the community if the defendant were to be released, the likelihood the defendant will return to court if released on bail, and by weighing the evidence presented by the prosecutor and defense attorney.

There are efforts in the legislature and among advocacy groups to eliminate California's cash bail system completely.

At the present, however, cash bail remains the rule in California courts and the bail schedule remains the primary source of authority for setting bail in the first instance.