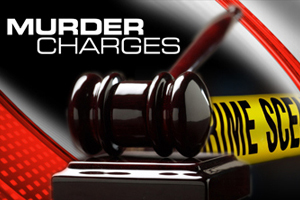 Penal Code 187 PC murder is described as the unjustified killing of someone with malicious aforethought, meaning having intent to kill.

Murder criminal charges are covered under California Penal Code Section 187. It's defined as an unlawful and unjustified killing of another individual with malicious aforethought, meaning having intent to kill.

The intent to kill can be express or implied:

If you or a member of your family have been accused of the violent crime of murder, you need to immediately consult with a Los Angeles murder attorney from our law firm to review all the details.

Remain silent. Do not make any statements to police! Early intervention by our criminal defense law firm can have a huge impact on the outcome of the case.

While the definition of murder may seem straightforward and clear, there are some terms used therein that could use some explanation and defining.

A homicide refers to the killing of another individual, whether lawful or unlawful, meaning a homicide criminal charge could include murder, manslaughter, or a justified killing (self-defense).

Murder is always unlawful and the most aggravated type of a homicide. Murder charges will also almost always be deemed a deliberate criminal act.

Speak with a Los Angeles murder attorney at our office for more information.

In order for the Los Angeles County prosecutor to prove malice aforethought in a murder case, they will attempt to prove that:

In response, an experienced Los Angeles murder defense lawyer will take steps to prove that there was no anger, motive, resentment, or ill will towards the victim, thereby making it clear that the act was not premeditated or deliberate.

It is absolutely vital that you provide all details to your attorney, so that they may have the ability to link the circumstances around the incident and your alleged involvement, and prepare a solid defense strategy.

A defendant could face first-degree murder charges in Los Angeles County if they killed another individual willfully, deliberate, premeditated, by lying in wait, inflicting torture, used destructive device or explosive, weapon of mass destruction, or ammunition designed to penetrate armor.

They may also face first-degree murder charges by the felony-murder rule, which lawfully creates murder liability for the defendant and any accomplices who kill another individual during the commission of a dangerous felony crime.

The felony murder rule could apply during the following felony offenses:

Contact a Los Angeles murder lawyer at our law firm to review your specific charges.

Every murder case as its own set of unique circumstances and evidence. It's critical to thoroughly review all the details in the case to start building an effective strategy on your behalf.

Second-degree murder is defined as a willful, but neither premeditated nor intentional act of murder.

The most common cases of second-degree murder charges in Los Angeles County would be any murders that occur by any deliberate act that was not intended to kill the victim.

It could be a murder that occurred as a result of willing recklessness or misconduct by the defendant. Shooting a firearm into a crowded room and killing another person, even if this was not your intention, would be classified as a second-degree murder.

The special circumstances that could lead someone to being charged with capital murder could be if:

Another special circumstance could include murdering a witness to prevent them from testifying, committing murder for the benefit of a street gang, or discharging a firearm from a vehicle (drive-by shooting).

Other capital murder cases would include murdering another individual due to their race, religion, or country or origin.

If convicted of capital murder charges in Los Angeles County, the defendant could be sentenced to a California state prison for life without the possibility of parole or the death penalty (capital punishment).

A skilled Los Angeles criminal defense attorney from our law firm can use a variety of common legal defenses on your behalf, based on the circumstances and evidence in your murder case.

Our lawyers may be able to use a self-defense or defense of others argument if you reasonably believed you or another individual was in imminent danger of being killed, suffer great bodily injury, raped or robbed.

Our defense attorneys may be able to prove the killing was accidental, that at exact time of the killing you did not have any specific criminal intent to harm the victim or you were not acting in a negligent manner.

Our experienced Los Angles murder lawyers may be able to show the police did not follow proper Miranda procedures or used tactics to force a confession.

Our law firm may also be able to prove the police did not follow proper procedure and obtained evidence on your case which were in violation of your Fourth Amendment right to be free from unreasonable searches and seizures.

If a judge grants our motion to suppress evidence, the Los Angeles County District Attorneys Office may have no other option than to dismiss the murder charges.

Finally, a Los Angeles criminal defense lawyer from our law firm may be able to plead not guilty by reason of insanity.

We might be able to prove our client only killed because they did not understand the nature of their act or had no ability to distinguish between right or wrong.

In one case in the Van Nuys Superior Court, our client was facing 25 years to life in a California state prison if they were convicted of first-degree murder.

After extensive arguments in court, the jury unanimously found our client was insane at the time. He will be housed in a mental institution until he regains sanity.

Get Help by Calling a Los Angeles Murder Attorney

Facing a murder accusation in Los Angeles County can be overwhelming as the consequences of a conviction will be life-changing.

You will need an aggressive and experienced Los Angeles criminal defense lawyer by your side at every step of the legal process to protect your legal rights.

Early intervention into your case is absolutely critical to the outcome. Our murder defense lawyers will conduct an independent investigation to uncover all the facts on your case. Witnesses need to be interviewed.

Negotiation with the prosecutor may be possible to avoid filing of formal murder charges.

If you or family members are facing murder charges, contact us immediately at 877-781-1570.