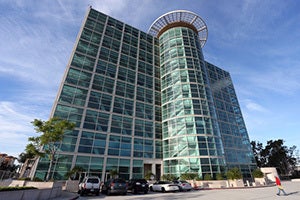 Specifically, client was alleged to have harassed his former therapist with whom he had a falling out.

In the first case, client was alleged to have written a derogatory review on the therapist's Yelp page. In the second, he was accused of having sent a direct email message to the therapist. When she received these messages, the therapist reported client to law enforcement and he was arrested.

In the first case, the defense filed a demurrer to the misdemeanor complaint arguing that the Yelp review constituted protected speech activity under the First Amendment to the United States Constitution and that therefore, as applied to his conduct, the statute prohibiting violation of the restraining order would be unconstitutional.

After reviewing the extensive legal arguments presented by the defense, including issues of viewpoint discrimination, vagueness, and overbreadth, the prosecution chose to voluntarily dismiss the case rather than defend against the demurrer.

In the second case, the First Amendment argument was not available as client was alleged to have directly contacted the protected person rather than publishing information to the public at large.

However, a thorough review of discovery materials revealed a technical deficiency in the original restraining order's proof of service. The deficiency raised a substantial doubt as to whether client had in fact been served with the restraining order prior to making the allegedly violative contact with his former therapist.

Once again, the prosecution chose to voluntarily dismiss the case rather than defend the deficiency in a possible jury trial.  Ultimately, despite having been charged in two separate misdemeanor cases, client received no punishment and suffered no negative consequences to his criminal record.

How Can You Violate a Restraining Order in California?

California Penal Code 273.6 states it's a crime to violate the terms or conditions of a restraining order. However, it's important to note, there are a certain elements of the crime that has to be proven in order for someone to be convicted of violating a restraining order or order of protection.

For example, it has to be proven you were the subject to a valid and legal restraining order. Los Angeles County criminal courts have determined that an order can't be violated if it's invalid. This means a judge must have properly issued the restraining order. It will become invalid if the court didn't have proper jurisdiction to issue it, or if there were no valid legal basis.

California law not only mandates that you were aware of the existence of the restraining order against you, but you must also be provided an opportunity to read it.

You can receive notification of a restraining order against you in various ways. For example, the court can notify you in person if you were present, or police can give it to you personally – or you can be simply notified in person by police.

However, if you accidentally cross paths with her at the gym or grocery store, this would not normally be considered a violation – but you are required to take immediate action to comply with the terms of the restraining order. This means you need to leave the location immediately.

It is possible to be arrested for an accidental violation, but you would be responsible to prove it was an accident, and took immediate action to follow the terms of the restraining order.

Penalties for Violating a Restraining Order in California

If it can be proven you intentionally violated a legal restraining order, you could be facing criminal penalties. Violation of a restraining order in California is typically a misdemeanor for a first offense. A conviction can result in up to one year in county jail, fines, and probation.

Additionally, violating a restraining order California might also lead to other criminal charges, such as criminal threats, trespassing, or stalking.

In order to avoid harsh legal penalties for violating a restraining order, it's critical that you clearly understand the terms and conditions set by the court. Judges consider a willful violation of a restraining order a serious matter and will sentence you accordingly if they believe you intentionally ignored them.

We will protect your legal rights and discuss potential strategies for the best possible outcome. Contact our Los Angeles criminal defense law firm at 877-781-1570 to learn how we can help you.