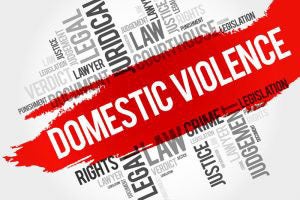 Los Angeles prosecutors filed felony domestic violence charges against an LAPD officer, who was accused of causing serious injuries on his girlfriend.

He was arrested by Los Angeles County Sheriff's Deputies and booked at the Santa Clarita Valley Station.

His bail was originally set by the judge at $50,000, but later increased to $240,000 after the felony criminal charges were filed. He is scheduled to for arraignment in Los Angeles Superior Court.

Ricardo Hernandez, 33, is facing three felony counts of domestic violence and a special allegation of inflicting “great bodily injury.” Corporal injury to a spouse is defined under California Penal Code 273.5.

A spokesman from the DA's office said the officer is facing allegations of causing serious injury on his girlfriend on three separate incidents that started in April 2019. If he is convicted of all the charges, he is facing up to 10 years in a California state prison.

The LAPD released a statements saying these allegations are taken very seriously by the department and that police officers are not above the law – and they have no tolerance for domestic violence within the department.

LAPD is conducting an internal investigation and said if the allegations are proven, he will be facing harsh consequences. The police officer was relieved of this duties.

How Is Corporal Injury to a Spouse Defined in California?

The crime of “corporal injury to a spouse” is described under California Penal Code 273.5 as follows:

PC 273.5 applies if the victim is a current or former spouse, cohabitant, someone with whom the defendant has a dating relationship, or a parent of their child. Within the definition above, “willfully” simply means it was on purpose – not an accident.

A “traumatic condition” means the injuries were caused using physical force and include severe bruising, broken bones and internal bleeding. It should be noted the injuries on the victim don't have to be serious. For example, even a minor injury such an abrasion or small cuts could be sufficient to support a charge of corporal injury on spouse under Penal Code 273.5.

In order for a prosecutor to prove their criminal case under Penal Code 273.5 PC, they will have to be able to prove your actions caused the victim to sustain a traumatic condition, which is considered to be the result of an injury - if it was a natural and probable result of the injury - and a direct and substantial cause of the traumatic condition - that wouldn't have happened without the injury.

In order to be convicted of corporal injury on a spouse in violation of PC 273.5, the prosecutor has to prove all the elements of the crime, including:

If victim sustains a great bodily injury, the prosecutor could allege a “GBI” enhancement that would elevate the charge as a “strike” under California's Three Strike laws.

If you are convicted of a felony case of corporal injury on a spouse under PC 273.5, the penalties include two, three, or four years a California state prison, a fine up to $6,000, and formal felony formal probation.

A conviction will also typically include a restraining order or protective order issue against you that will prohibit contact with the victim for up to 10 years.

Anyone who personally inflicts great bodily injury on someone else other than an accomplice in the commission of a felony, or attempted felony, will be punished by an additional and consecutive term of imprisonment in the state prison for three years.

Common examples of an injury that would qualify as a “GBI” include broken bones, concussion, wound that requires stitches, and a black eye. It should be noted that causing a significant injury to yourself or accomplice doesn't qualify for a GBI sentencing enhancement.

A great bodily injury enhancement will only apply if an injury is more severe than an injury that would have normally resulted from the underlying offense, such as these California offenses:

It should be noted that a key feature in a GBI sentencing enhancement under Penal Code 12022.7 is that it adds time to your sentence. The standard is three additional years, but could increase if the injuries are severe and if the victim was elderly or a minor.

Under California's three strikes law, a GBI enhancement will not only counts as a strike, but you could also face an additional and consecutive 3 to 6 years in state prison.

Our experienced Los Angeles domestic violence attorneys can use a wide range of legal defenses to have your charges dismissed or reduced to a lesser offense. Every PC 273.5 corporal injury to a spouse case is unique will require a close review of the details. Common defenses include the following.

We may be able to make a self-defense argument if you had a reasonable belief that you were in imminent danger from suffering a bodily injury and believed you had to immediately use force to defend yourself, but didn't used more force than necessary. Perhaps we could show you suffered cuts or bruises that occurred from the incident. In California, you have the legal right to defend yourself.

You are only guilty of Penal Code 273.5 corporal injury only if you “willfully” caused injury on the victim. If you caused the injury by accident, it's not sufficient to support a PC 273.5 charge. Perhaps we can make a convincing argument to the prosecutor that will result in a case dismissal or a reduced to a lesser offense, such as domestic battery under California Penal Code 243(e)(1).

It's not that uncommon for someone to be falsely accused and wrongfully arrested for a domestic violence incident. Some false allegations of domestic violence have been made due to jealously, revenge, or in the heat of a child custody battle as they are viewed as an advantage in the case.

Perhaps we could obtain useful evident by interviewing witnesses.

If you were accused of corporal injury on a spouse under penal Code 273.5. our Los Angeles domestic violence lawyers are committed to obtaining the best possible outcome on your case. We have a track record of success in all types of domestic violence cases in all Los Angeles County criminal courts.

We are skilled courtroom negotiators and might ab able to prevent formal charges be filed against you through pre-filing intervention.

Call our criminal defense law firm for a consultation.