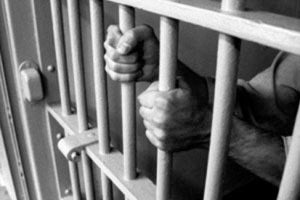 The cases of wrongful convictions in the United States included serious felony crimes, such as murder, manslaughter, and other sexual related crimes.

Proving that a defendant is innocent is difficult. However, after a defendant is convicted, it is next to impossible to prove their innocence. At Eisner Gorin LLP, our job as Los Angeles criminal defense lawyers is to examine cases thoroughly and assess them: how can we tell that a client who claims to be innocent is actually innocent?

What can we do to prevent an innocent client from going to prison for multiple years? According to a study at California Berkeley School of Law, their Wrongful Convictions Project showed there were over 200 wrongful convictions in California since 1989.

The cases of wrongful convictions included serious felony crimes, such as:

The vast majority of defendants who were wrongfully convicted spent a substantial amount of time in a California state prison before their conviction was overturned.

The study showed that many of the wrongful convictions came from defendant's who were framed by law enforcement in the Los Angeles Police Rampart scandal in the late 1990's.

It's important to note that the study also revealed that California has the highest number of exonerations in the United States. It used two separate definitions of a wrongful conviction. One was when a defendant's conviction was reversed and they were acquitted after a retrial.

The other was situations when all criminal charges were dropped by the prosecutor or court after they were convicted. It has been estimated that wrongful convictions in California has resulted in the falsely convicted spending over 1,300 combined years of incarceration.

Additionally, the cost to California taxpayers was around $130 million in incarceration and other fees.

Wrongful Convictions in the United States

For more information about wrongful convictions and how we may be able to assist you through the criminal appeals process, call a Los Angeles criminal defense attorney at our law firm to review the details of your case.

At Eisner Gorin, LLP, our Los Angeles criminal defense lawyers have a track record of success defending the falsely accused. For example, in a rape case in Los Angeles Superior Court in late 2016, an alleged rape victim met one of the defendants on Instagram.

After exchanging direct messages, they made plans to spend some time with each other. During this time, they engaged in consensual sex and remained in contact through their Instagram accounts, where the alleged victim also followed several of the defendant's friends.

During group messaging, including live personal chats, plans were made to meet each other. Soon thereafter, the defendant picked up the alleged victim along with two of her friends. They drove over to party at his friend's house, where they smoked marijuana and drank alcohol.

The friend's of the alleged victim decided to leave the party, but she chose to stay and continue partying. About a week later, the alleged victim filed a police report claiming seven of the boys at the party kidnapped, raped, and took sexual advantage of her throughout the entire weekend.

All of the boys, who were under 21 year's old, were interrogated about the allegations. In spite of their denial of the rape claims, they were eventually arrested and placed in custody. Many of the defendants were facing life sentences.

At this point, our Los Angeles criminal defense law firm was retained to represent one of the seven defendants. During our own independent investigation, we were able to obtain evidence from the alleged victim's social media account.

This evidence revealed she made several posts about engaging in sexual conduct with numerous people and even shared some nude photographs with her followers. Additionally, our investigation clearly established significant discrepancies between her story in the initial police report and other evidence.

For example, there was video surveillance from inside a Walgreens Store, where she and a defendant purchased some alcohol together. The footage showed they were casually walking together, laughing, with not a care in the world. This evidence established the fact she was not being held against her will, as she had claimed to police.

Just before the preliminary hearing, the criminal defense team was also able to obtain a crucial video that established the alleged victim was lying. In this video evidence, she was clearly shown engaging in consensual sex with a group of defendants.

This video evidence established without any doubt she was not kidnapped, held against her will, or raped. After she was shown the video, her story substantially changed, but she still refused to admit the entire story was a lie. As her voice trembled, she claimed not to remember the video.

She was reminded by the defense lawyer there were 7 innocent lives at stake because of her story, then asked to admit she was not telling the truth. She broke down and said “I don't know.”

However, her testimony was denying the obvious truth the sexual activity with the defendants was clearly consensual. She was exposed as a liar and had already admitted not wanting to get in trouble at home, or with the police for being an habitual runaway. She obviously had a motive to just make up a false story, but this was not investigated by the Los Angeles County prosecutor.

On the last day of the preliminary hearing, all of the forcible criminal charges were reduced, and all the defendants were released from jail. This meant that instead of being convicted of kidnapping, sexual abuse, and rape, our client was set free after he entered a no-contest plea to a misdemeanor sentence.

This was due to the fact she was only 15 years old at the time of the sexual activity, and our client was 19 years old. This Los Angeles rape case is just one example that shows the difficulty of defending false charges if the police and prosecutor don't thoroughly examine the evidence.

In this case, they just accepted what an underage accuser said without a crucial review of her statements. False accusations take away from the many real victims and undermine the fairness of the judicial process. These falsely accused young men sat in a Los Angeles County jail for many months without bail before obtaining a release.

At Eisner Gorin LLP, our Los Angeles criminal attorneys will aggressively fight for you to prevent an improper conviction from occurring. In the previous year, in addition to the rape case example above, our law firm has had numerous other cases involving an innocent client.

This includes a major federal racketeering case where our client was found to be not guilty. When your freedom and way of life is threatened because of something that you did not do, it's critical to hire the best criminal defense lawyers to protect your rights.

If you have already been convicted, contact us to discuss the criminal appeal process. We may be able to assist you. We will fight for you tirelessly to ensure that you will not be forced to spend your life in prison for a crime you did not commit.