Under California law, fraud is defined as an intentional deception made for unfair personal gain or causing harm or loss to another person. To that end, the state has dozens of laws on the books criminalizing many types of fraud.

Fraud is primarily considered a "white-collar crime" because it is a non-violent crime based on deceit.

Nevertheless, many fraud crimes are punishable by huge fines and lengthy prison sentences if you are convicted. Some fraud crimes are always prosecuted as felony offenses, while others are "wobblers," meaning they can be charged as misdemeanors or felonies. 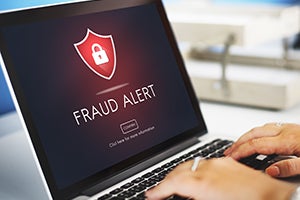 Fraud is described as deliberate deception for an unfair gain or to cause harm to someone.

Almost none are strictly misdemeanors. Additionally, many instances of fraud are also federal crimes, and in some cases, you could face both state and federal charges.

Put simply; you can violate one of the criminal fraud laws whenever you use deception or deceit to commit an act resulting in an unfair or undeserved benefit or causing harm or loss to someone.

Typically, fraudulent acts are motivated by financial gain or an attempt to avoid criminal exposure. However, numerous acts of fraud are charged and penalized under different state laws, and many have other motives. Many would fall under the category of theft or federal offenses.

Additionally, the government might be legally allowed to seize any money or property involved in fraudulent activity. The following is a brief general overview of some of California's most common fraud crimes.

Insurance fraud typically occurs when you attempt to obtain insurance payments or benefits for which you do not qualify. Common types of insurance fraud include, but are not limited to, the following:

California enforces strict repercussions for anyone who willfully deceives or makes false statements regarding a real estate transaction. Among the more common types of real estate/mortgage fraud include, but are not limited to, the following:

This fraud category involves using another person's identity or personal information fraudulently or forging official documents to make them appear authentic for the purposes of financial gain. Common types of fraud in this vein include the following:

Other Types of Fraud in California

Many other fraudulent activities are crimes in California but do not fall under the above categories. These include, but certainly are not limited to:

Contact our California criminal defense lawyers to review the case details and legal options if you have been accused of fraud-related crimes.

You can contact us by phone or using the contact form. Eisner Gorin LLP is based in Los Angeles, California.