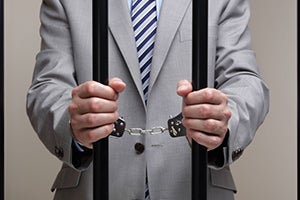 Our law firm has a record of success defending clients charged with various white collar crimes in California state and federal courts.

There is a common misconception that these white collar crimes are less serious than street crime such as robbery, assault, or burglary when in fact crimes such as fraud that involve a large financial loss can result in years or decades in State or federal prison.

One distinguishing feature of many white collar prosecutions is the sheer volume of discovery materials. Many of these cases involve a continuous course of alleged conduct spanning many years.

Especially when the alleged fraud or other wrongdoing occurs in the context of a business or a government agency, the evidence of said misconduct will often take the form of hundreds, if not thousands, of pages of documents.

These documents include bank statements, insurance claims, contracts, etc. in addition to the witness statements, police reports, and other items which are always involved in a criminal case. Document review and comprehension therefore becomes critical in a white collar case.

To successfully defend the client, defense counsel must digest and understand the documents as well, or preferably better, than the investigating agency and the prosecutor. While the devil is always in the details in criminal defense, this is particularly true in California state or federal white collar cases.

White collar cases typically involve a claimed financial loss. The alleged victim could be a private individual, an insurance company, or a government agency.

The amount of the claimed loss will frequently determine the seriousness of the case and will translate into the punishment sought by the prosecuting agency.

Challenging the claimed loss is therefore key. Just because the government initially claims a large loss amount figure does not mean those losses are provable, which is why establishing the true loss amount is a major area of litigation in white collar cases.

This is particularly important in federal white collar cases, where the loss amount attributable to the defendant has a very tangible impact on the sentencing guidelines.

Beyond document review, effective communication with the client to understand the details of what are often complex business organizations is critical. As in all criminal cases, the defendant's knowledge or intent is an important element which the prosecution must prove.

This is typically accomplished through circumstantial evidence. In a white collar case, the government will try to demonstrate that the defendant engaged in wrongdoing through a paper trail of fraudulent or misleading documents attributed to the defendant.

Most fraud charges will require the prosecutor to prove you knew you were providing false information or that you were intentionally deceiving the victim.

If your criminal lawyer can show that you didn't have the mindset required for conviction by the fraud statute, then the prosecution can't typically prove their case beyond a reasonable doubt.

In some cases, however, the defendant simply made a mistake or was unaware that information they provided to a third party was inaccurate.

Defense counsel can take the position that while certain inaccuracies may have been present in documents prepared by the defendant, there was no intent to defraud and therefore no crime occurred.

Shoddy bookkeeping or corner-cutting by business owners can be misconstrued by a prosecutor as an attempt to engage in a fraudulent scheme where, in fact, a judge or jury can be persuaded that the business person was simply negligent in keeping records.

Some of the most common California state and federal offenses of white collar and fraud include the following:

If the case proceeds to a jury trial, the defendant will require an advocate who can effectively communicate their innocence to a jury. In white collar cases, this requires an ability to break down complex business issues and documentary evidence in a digestible form that demonstrates reasonable doubt that the defendant is guilty of the charged conduct.

An effective advocate will make ordinarily dry topics such as submission of claims for insurance reimbursement accessible to the jury such that they fit into a larger theory of the case which is compelling. Accomplishing these goals requires the thorough preparation described above because of the voluminous documentary evidence involved in white collar cases.

We will thoroughly investigate the circumstances surrounding your case, advise you of your rights and explain your legal options. We have an long successful track record in pre-trial defense, and will aggressively work with the prosecutor on alternatives such as plea bargains and dismissal of charges.

If your case goes go to trial, our attorneys will aggressively represent your interests to obtain the best possible outcome. In the case of a conviction, we will examine all post-trial options including appeals and sentence reduction.

If you or someone you know is under investigation for, or has been charged with, a white collar offense such as fraud or embezzlement, effective representation is necessary to immediately intervene on your behalf.

At Eisner Gorin LLP, we have a track record of successfully defending complex white collar and fraud crimes in both State and federal court. Our experienced criminal defense attorneys are available to consult with you immediately.