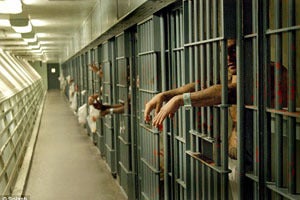 Penal Codes 203 and 205 PC mayhem is described as conduct that maliciously deprives someone a member of their body.

Mayhem charges are covered under California Penal Code Sections 203 and 205. This violent crime is closely related to assault and battery laws, but the primary focus in on the severity of the victim's injuries.

Mayhem is considered a serious offense and aggravated mayhem even worse. Under PC 203, the injuries sustained by the victim are typically disabling or disfiguring.

Mayhem is generally described as:

This means it disables, disfigures, or makes it useless.

It should be noted that a disfiguring injury can be considered permanent for the purposes of charging under PC 203, even if the injury is later repaired by surgery. Aggravated mayhem charges are covered under California Penal Code Section 205.

It's described as intentionally causing another person a permanent disability or depriving them of a limb, member, or organ.

In order to prove mayhem, the prosecutor just needs to prove you maliciously committed the act, but not that you had specific intent to disfigure the victim. In other words, one act is “malicious,” while the more serious charge is “intentional.”

If the victim dies, then first degree murder charges will be filed under California Penal Code Section 187.

An example of when mayhem charges could be filed includes a situation where someone uses a knife to commit a robbery. During the robbery, a struggle between the robber and victim begins and the victim sustains a disfiguring cut on their nose with the knife.

If you have been accused of mayhem, you could face serious legal consequences if convicted. Therefore, you need to consult with a Los Angeles criminal defense attorney at Eisner Gorin LLP immediately.

We will need to review the specific details in order to develop and effective strategy to defend you. Now that we have a covered a general overview of mayhem charges, let's take a more thorough look at the legal definitions, penalties, and defense below.

It's important to note the meaning of some key terms in the legal definition above. Your conduct is considered “maliciously” when you intentionally commit a wrongful act.

The term “disables” means you injured the victim severe enough that it leaves them with a disability considered more than a minor injury, but it does not have to be permanent.

A “disfiguring” injury can be considered permanent even if it's possible to be repaired later by doctors. A disfiguring injury could include burns, such as throwing acid on the victim.

Elements of the PC 203 Mayhem Crime

In order for the Los Angeles County prosecutor to obtain a conviction, they must be able to prove all the elements of the crime. These include:

It should be noted that you can still be convicted on mayhem even if you didn't intend to severely injure the victim. If you need additional information, contact a Los Angeles criminal defense lawyer at our law firm.

As you can see above, the key term for aggravated mayhem is “intentionally.”

As stated above, this means the difference between California Penal Code Section 203 mayhem, and Penal Code Section 205 aggravated mayhem, is your intent. PC 203, simple mayhem, you only need to have only acted with unlawful intent, but not necessarily have intent to inflict severe injury.

Therefore, in order for a Los Angeles County prosecutor to convict you for aggravated mayhem under PC 205, they would need to be able to prove, beyond any reasonable doubt, you had specific intent to dismember or disfigure the victim's body.

Mayhem and aggravated mayhem are considered a felony crime in California. If you are convicted on mayhem, in violation of California Penal Code Section 203, the legal penalties include:

It should be noted your legal penalties can be enhanced if the victim was 65 years-old, or older, blind or deaf, disabled, paraplegic, or a minor under 14 years old.

If you are convicted on aggravated mayhem, in violation of California Penal Code Section 205, the legal penalties include:

As stated above, since both types of mayhem charges are a violent felony crime, a conviction can be considered a “strike” under California's Three Strikes Law.

Our experienced Los Angeles criminal defense attorneys can use a variety of common legal defenses against charges of mayhem or aggravated mayhem.

Every case is unique and requires a thorough review of the details in order to plan an effective strategy. The potential legal defenses include:

Self Defense – In some cases, our criminal lawyers might be able to make a self-defense argument. California law allows you to act in self defense or defense of another person if you had a reasonable belief you were in imminent danger of suffering bodily injury, reasonably believed you had to use force to defend against the danger, and didn't use any more force than necessary to defend yourself.

For example, if you are being robbed at knifepoint and you strike the robber over the head with a bottle, causing a severe disfiguring injury, you should not be convicted of mayhem.

Accident – In certain cases, our attorneys could make the argument that the severe disabling injury inflicted on the victim was an accident. Remember, one of the main elements of the crime is that your conduct is considered “malicious” when you intentionally commit a wrongful act.

We might be able to show that you were not acting maliciously and the injuries were an accident. If our lawyers can cast some reasonable doubt, you might be able to avoid a mayhem conviction.

False Accusation – In Los Angeles County, it's not uncommon for someone to be falsely accused and wrongfully arrested for a crime they did not commit. This can occur in a wide range of situations.

For example, it may be possible that the person who actually committed the crime is attempting to avoid responsibility and the legal penalties associated with a conviction. Therefore, they will attempt to give police detectives a false allegation that you committed the offense.

In other situations, the person making the false accusation could suffer from mental illness or even accuse you out of anger or jealously.

If you are facing allegations of mayhem or aggravated mayhem, you need to contact a Los Angeles criminal defense lawyer at Eisner Gorin LLP right away.

The consequences of a felony conviction for violating California Penal Code Section 203 or 205 can be life-altering.

If you are under criminal investigation and contacted by law enforcement for questioning, politely decline to answer their questions without first speaking to a lawyer.

Our attorneys will closely examine the details of your case and discuss your potential legal options.