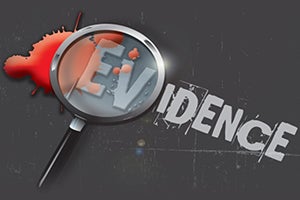 PC 132 and 134 males it a crime to offer or prepare false evidence and this types of offense falls under the category of "obstruction of justice."

The crime of offering and preparing false evidence is covered under California Penal Code Sections 132 & 134, which fall under the broad category of serious obstruction of justice crimes.

Both statutes are designed to punish people who purposely interfere with legal matters, including police investigations and authorized legal proceedings. Both are felony crimes. While these laws are similar, each criminalizes a different type of unlawful conduct.

Penal Code 132 makes it a felony crime to knowingly “offer” into evidence any type of written material, instrument, that was forger or altered.

Penal Code 134 makes it a crime to “prepare” false evidence with the intent for it to be introduced in court, even if you never actually presented it in court. The Los Angeles County criminal justice system depends on the accuracy of evidence that is used to convict individuals facing criminal charges.

Many felony convictions are life-altering for defendants, thus the integrity of any physical evidence is critical in legal proceedings. This means offering or preparing false evidence is a serious felony matter and could result in a California state prison of up to 3 years.

As stated, PC 132 and PC 134 have similar language, but both are designed to legally penalize anyone who has specific intent to falsify written records to help them with their court case. These falsified records could include letters, pictures, texts, emails, or other relevant documents.

A common example in Los Angeles County where you could be charged with offering and preparing false evidence includes a situation where you offer a letter to be used as evidence in a traffic court that has a forged signature.

Another example includes a situation where you pay someone to create a fake pink slip showing you own a car you don't legally own and then present it to the California Department of Motor Vehicles (DMV) as proof of ownership.

Therefore, if you have been accused of offering and preparing false evidence, you need to remain silent and consult with the Los Angeles criminal defense lawyers at Eisner Gorin LLP. We need to review the details to plan an effective legal strategy. Let's take a closer look below at the legal language.

It's important to note you could still be found guilty of preparing false evidence under PC 134 even in situations where evidence is never used in an actual legal proceeding.

In other words, it's a crime to simply prepare false evidence if the intent to use it was fraudulent. It's also important to note you can't be convicted on violating PC 132, offering false evidence, unless it's presented in an authorized legal proceeding.

This doesn't just include preliminary hearings and criminal trails, but could also include a civil trial, traffic court, small claims trials, arbitration, mediation, motion hearings and other type of hearing or an investigation that's allowed by law.

Probably the most common situations of preparing false evidence occur in Los Angeles County Traffic Courts where some submit altered evidence to fight a traffic ticket.

You must know the evidence is false or forged when you offered it in a legal proceeding. If you need additional information, call our Los Angeles criminal defense law firm.

In order for the Los Angeles County prosecutor to convict you of offering false evidence under California Penal Code Section 132, they must be able to prove beyond reasonable doubt, all the “elements of the crime,” including the following:

The “false evidence” you presented could include just about anything such as receipts, photographs, videos, audio recordings, letters, documents, urine test, fake wills, among other items. A “legal proceeding” applies to ANY authorized hearing or investigation discussed above.

“Knowing” the evidence was false simply means at the time you presented it in a legal proceeding, you knew it was false and your intent was to deceive the court.

The elements of the crime for preparing false evidence under California Penal Code Sections 134, include the following:

As stated above, it's important to note preparing false or forged evidence can include any “matter or thing” to be used as genuine if your intent was to deceive, which is the most critical element of the crime.

If you are convicted of offering or preparing false evidence under California Penal Code Sections 132 or 134, you are guilty of a felony crime. The legal penalties include 16 months, 2 or 3 years in a California state prison, and large fines.

The Los Angeles County judge has the discretion to sentence you to probation and up to 1 year in a county jail, fines, or both jail and fines.

Our Los Angeles criminal defense attorneys have a wide range of potential legal defenses available if you have been accused offering and preparing false evidence in violation of California Penal Code Sections 132 & 134.

It's important to note that every case is unique with its own set of circumstances and evidence. This means our lawyers will need to first thoroughly review the specific details in order to plan a defense strategy best suited for your case to achieve the best possible outcome. However, the most common legal defenses include the following:

Reasonable belief the evidence was valid: As covered under the elements of the crime above, the prosecutor has the burden to prove you knew the evidence was false or fraudulent. In other words, it requires proving your state of mind.

Our lawyers might be able to present an argument that it was reasonable to have a mistaken belief the evidence you offered in a legal proceeding was valid and true evidence, even though it turned out later to be false. If we can show you didn't have knowledge it was false, you can probably avoid a conviction. This is commonly known as the “mistake of fact” defense.

Lack of intent: Likewise, the prosecutor has to be able to prove you intended to use false or fraudulent evidence in some type of legal proceeding with the specific purpose to deceive the court. This also requires proving your state of mind. In some cases, intent can be difficult to prove beyond any reasonable doubt.

In some cases, perhaps our attorneys could argue you were stressed and overwhelmed by the whole legal process and simply didn't have an intent to deceive, rather a reasonable mistake. If we can cast some doubt on this critical element of intent, you may be able to get the charges reduced to a lesser offense or dismissed.

Entrapment: In certain situations, our criminal defense lawyers may be able to use an entrapment defense strategy. Entrapment is described as inducing someone to commit a crime they would have otherwise not committed using threats or harassment.

Perhaps we can argue the false evidence you produced was the result from being pressured by law enforcement. For example, in cases where confidential informants (CI's) are used, police and prosecutors will sometimes pressure them to produce evidence. If we are able to show entrapment or prosecutorial misconduct occurred, there is a chance of avoiding a conviction.

If you have been accused of preparing or offering false evidence that violates California Penal Code Sections 132 or 134, you are facing significant life-changing penalties if convicted. Remain silent and don't speak to law enforcement.

Our Los Angeles criminal defense lawyers are Certified Criminal Law Specialist and have decades of combined experience and a track record of success. We are committed to obtaining the best possible outcome on your case.

It starts with an initial phone so we can review all the details and legal options. Eisner Gorin LLP serve clients throughout Los Angeles County and the San Fernando Valley.