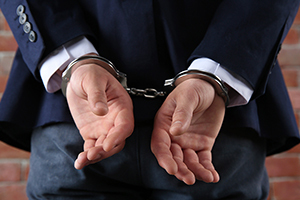 Conduct that would be considered “criminal harassment” in California is criminal threats, stalking, cyberstalking, and domestic violence related incidents.

Criminal harassment charges are pursued by a prosecutor in a criminal court with intent to impose a penalty for committing a crime.

This is different than “civil harassment” where someone is seeking financial compensation for damages or a court order to stop a certain type of behavior.

Criminal threats under California Penal Code 422 is generally described as making willful threats to commit a crime which will result in great bodily injury or death.

A PC 422 conviction can result imprisonment in a county jail or a California state prison.

Stalking under California 646.9 is generally described as willfully, maliciously, repeatedly following, harassing or making a credible threat to another person with intent of placing them, or their family, in reasonable fear for their safety.

A PC 646.9 conviction can also result in imprisonment in a county jail or a California state prison.

Cyberstalking, which is a form of PC 646.9 stalking, refers to the intimidation, harassing, or bullying someone using electronic communication, such as email, text messages, or a telephone.

Again, the harassment or threatening someone has to reach a point where the victim, or family members, are in reasonable fear of their safety.

Criminal harassment charges are a serious issue with potentially harsh legal consequences. You will need an experienced criminal lawyer to have the best chance at a favorable outcome.

To give readers a better understanding of the different types of criminal harassment charges, our California criminal defense attorneys are providing a detailed overview below.

It should be noted that criminal harassment charges are often closely related to domestic violence.

Domestic violence is abuse or threats of abuse when the person being abused and the defendant are married, divorced, separated, dating or used to date, living together or used to live together, or related.

The domestic violence laws say abuse is physically causing harm, or attempting to injure someone intentionally, recklessly, or sexual assault.  Abuse is also described as making someone reasonably afraid they will be harmed, such as making threats.

It also includes conduct like harassment, harassing, stalking, threatening, disturbing their peace or destroying their property.

It should be noted that domestic violence doesn't always have to be physical. For example, abuse can be verbal, emotional, or psychological. In other words, criminal harassment can occur in many forms, such as a variety of tactics to control and have power over abused person.

Under California Penal Code 646.9, the crime of stalking is defined as:

The stalking laws describe “harassment” as any form of willful conduct directed at someone that serves no legitimate purpose other than to seriously annoy, alarm, or torment person. In other words, by law, there is a wide range of behavior that can be considered harassment.

It should be noted that stalking can occur in many ways other than just personal contact. For instance, behavior through social media, or repeated phone calls or text messages can also be considered stalking if the makes the victim threatened.

In order for the prosecutor to convict someone of PC 646.9, they must be able to prove all of the elements of the crime listed under CALCRIM 1301 Jury Instructions:

Penal Code 646.9 stalking is “wobbler,” meaning the prosecutor has the discretion to file the case as either a misdemeanor or felony crime. The filing decision is normally based on the circumstances of the case and the defendant's criminal history.

A PC 646.9 misdemeanor stalking conviction carries a sentence of up to one year in a county jail, a fine up to $1,000, and most likely a restraining order prohibiting contact with the victim.

If convicted of felony staking, the penalties include 16 months, two or three years in a California state prison, a fine up to $10,000.

If defendant has prior conviction for stalking or other certain felonies, the penalty will increase to up to five years in prison, and a requirement to register as a Penal Code 290 sex offender.

There are several ways a criminal defense lawyer can fight the stalking charges, such as making an argument there was not a credible threat, conduct did not rise to the level of harassment, or the conduct was not willful or malicious.

Cyberstalking, which is a form of criminal harassment, is the intimidating or harassing someone using electronic communication such as the Internet, email, text messages, or a telephone.

The harassing or threatening someone must reach a point where the victim is in fear of their safety, or safety of their family.

Some common example of cyberstalking includes where someone constantly sends threatening or harassing emails or text messages, sexting, or sending offensive images, and posting fake or damaging information about the victim of social media websites.

Cyberstalking is also a wobbler and the penalties are the same as a PC 646.9 stalking conviction. In some cases, a defendant could also face domestic violence charges, such as Penal Code 273.5, and they may be required to register as a sex offender.

California Penal Code 422 defines the crime of criminal threats as:

Anyone who willfully threatens to commit a crime resulting in great bodily injury or death to someone with intent that the statement, made verbally, in writing, or using electronic communication, is to be taken as a threat, even if there is no intent of carrying it out, which, under the circumstances it was made, was specific as to convey a threat causing them to be in fear of their safety.

In simple terms, the crime of PC 422 “criminal threats” occurs when someone willfully communicates a threat to someone that they will take some type of action resulting in harm to the victim.

In order to be convicted on PC 422 criminal threats, the prosecutor must be able to prove all the elements of the crime listed under CALCRIM 1300 Jury Instructions:

Penal Code 422 criminal threats is also a “wobbler” and can be filed as either a misdemeanor or felony crime. If convicted of a misdemeanor, the penalties include up to one year in a county jail, and a fine.

If convicted of PC 422 felony criminal threats, the penalties include up to three years in a California state prison, and a fine up to $10,000. Also, it will be counted as a “strike” under California's Three Strikes Law.

Potential defenses for a Penal Code 422 criminal threats charge include that the threat was not specific, vague, or ambiguous.

It might also be possible to argue that the victim could not have been in reasonable fear of their safety, or the defendant was wrongfully accused by an alleged victim who has other motives.

If you have been accused of any type of criminal harassment, you need to consult with our experienced criminal defense lawyers who need to review the details and options moving forward.

Early intervention into your case by our legal team can make a huge difference in the outcome of the case. We may be able to use prefiling intervention in an attempt to avoid the formal filing of charges.