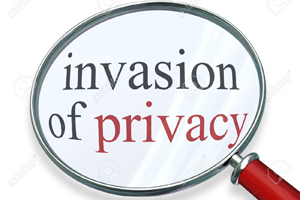 If accused of eavesdropping in California, you could be facing civil lawsuit and criminal penalties under Penal Code 632 PC.

Invasion of privacy cases receive widespread media attention. Many news outlets cover the issue of very private, graphic photographs and videos made public on social media without the consent of both parties. Civil and criminal cases typically follow.

Reality star Rob Kardashian is accused of posting nude photos of his ex-girlfriend Blac Chyna after their break-up. A restraining order is reportedly being sought.

Similarly, Dani Mathers, a former Playboy model, was prosecuted and convicted of photographing a woman in a public shower, ordered to do community service, and placed on probation.

Such serious criminal consequences are common. If you have been accused of eavesdropping, you could also face a civil lawsuit from the individual who is the alleged victim.

California Penal Code Section 637.2 provides eavesdropping victims an opportunity to pursue a civil suit for damages against the individual who eavesdropped on them.

The individual who is pursuing a claim of economic damages caused by the eavesdropping can sue for up to three times the amount of damages they suffered or $5,000, whichever amount is greater.

In fact, even if the alleged victim did not even suffer any economic damages, they can still sue the other individual for up to $5,000.

There are exceptions to private recordings being distributed without consent of both parties.

The Los Angeles criminal defense law firm of Eisner Gorin LLP fields calls regularly from civil lawyers asking whether the secret recordings their clients obtained can be used in a lawsuit.

Admissibility in court comes down to whether the recordings are lawful.

California Penal Code Section 633.5 states it lawful for a crime victim to record the subject making threats of harm. The listed crimes are:

As an example, if a party to a divorce is threatening physical harm, then the recording would probably be admitted in the proceedings.

However, if the party states they will hide all assets, and there is no threat of physical violence, the recording would have a tougher time qualifying for the exception.

It seems prudent to advise a client to not make or distribute secret audio and video recordings, no matter how bitter the feud, unless there is a risk of physical harm.

A criminal prosecution for distributing private information may follow if a police report is filed and the victim is desirous of prosecution.

Let's examine the California laws dealing with invasion of privacy.

Back in 1967, California lawmakers passed what is commonly known as the “Invasion of Privacy Act.” This law utilizes criminal penalties to deter individuals from invading the privacy of another. Certain forms of eavesdropping are a crime.

Basically, it's a crime to use an electronic device to monitor or record a private conservation, but let's take a look at the legal definition.

In order for eavesdropping to be considered a criminal offense, there needs certain elements of the crime. These include:

Confidential communications are any communication carried on in circumstances that may reasonably indicate that any person involved desired it to be confined within the parties.

However, it excludes any communication that is made in a public gathering, such as proceedings open to the public or any circumstance where the two parties may reasonably expect their conservation could be overheard or recorded.

There are some exceptions where it's legal to record conservations. When the Invasion of Privacy Act was passed, they made an exemption against eavesdropping for law enforcement officers.

It's legal for police to record conservations without the knowledge of the suspect as part of their official duty during a criminal investigation. Any evidence obtained in this manner is admissible in court.

Another exception includes law enforcement authorizing a witness in a potential criminal case to record conservations with a suspect, even though they know they are being recorded.

Law enforcement could authorize a minor to call a suspect in an attempt to have them make incriminating statements. If evidence is obtained in this manner, it will be admissible in court and typically leads to a conviction.

As stated above, under California Penal Code Section 633.5, private citizens can be exempted from eavesdropping laws if they are recording conservations with the intent to gather evidence of certain crimes.

This exemption will apply if the individual recording is a party to the conservation and they are recording to get evidence they reasonable believe is related to the commission of specific crimes by the other party. These crimes include:

Under these circumstances, if a private citizen records the call, then the recording could be admitted as evidence in court to prosecute a defendant for one of the listed crimes.

To avoid any potential criminal or civil penalties, you should never record conservation without notifying the other individual and make sure any authorization is given during the recorded conservation.

Additionally, when speaking with another person on the phone, never make any incriminating statements to criminal offense as you might not know the other person has permission to record the phone call without your consent.

If you have been accused of any type of violation of invasion of privacy laws, you need to immediately contact a Los Angeles criminal defense lawyer at out law firm.

Our lawyers will need to thoroughly review all the details in order to determine immediate legal options.