Under Penal Code 198.5 PC, California's criminal law principles of the “Castle Doctrine” and “stand your ground,” there is no duty to retreat if you come into contact with an intruder inside your home.

In other words, you are legally allowed to use force against any intruder who breaks into your home, or is attempting to force their way inside. 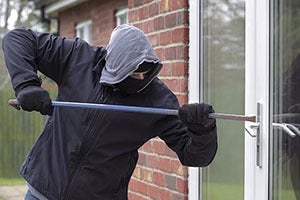 In California, there is no duty to retreat if you come into contact with an intruder inside your home.

Under this definition, this means there is a legal presumption a resident had reasonable fear of great bodily harm or death, in a situation where:

A “legal presumption” means the resident is given the benefit when using force against an intruder. If the intruder is killed, it could be considered justifiable homicide.

What if intruder is NOT inside the residence?

It's important to note the Castle Doctrine does not apply if the intruder is not inside the residence, or trying to enter the residence.

However, the stand your ground law is a defense that can be used for someone who used force inside or outside the residence.

What Is the Common Law Principle of Self-Defense?

Every state in the union as well as the federal government in its criminal law recognizes the common law principle of self-defense.

Though the specific wording varies from jurisdiction to jurisdiction, the general rule is that an individual is not guilty of a crime where:

What level of threat justifies a particular response is an issue of fact that may ultimately determined by a jury.

In California, for example, the:

In effect, it would be unreasonable and therefore not self-defense if the defendant, in response to the aggressor's threat to poke him in the chest, pulled out a gun and shot the aggressor dead.

What is the California's “Stand Your Ground” Law?

Two more recent doctrinal developments further clarify the right to defend oneself. The first is the “stand your ground” doctrine. 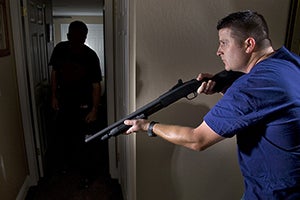 If you are faced with an imminent threat of injury, you can "stand your ground" and use reasonable self-defense.

At common law, an individual faced with a physical threat frequently had a legal duty to retreat to a place of safety or repose.

In the most common example, if the defendant saw someone approaching with a stick intent on hitting them, the defendant was expected to run away rather than meet the threat with reciprocal force.

This of course assumed that the defendant could safely retreat given the surroundings, the type of threat involved – stick is very different than gun, for example – and other factors.

Do I have a duty to retreat before using force?

States including California have come in more recent times to disfavor this duty to retreat, or attempt to retreat, before employing force in self-defense.

This principle even extends to pursuing the assailant to the extent necessary to end the threat of great bodily injury or death.

What is California's Castle Doctrine?

A second development in self-defense law which concerns employing self-defense force specifically inside a residence is known as the “castle doctrine.”

The name is derived from the common law maxim that “a man's home is his castle.”

As stated above, codified in California Penal Code § 198.5, the castle doctrine renders: 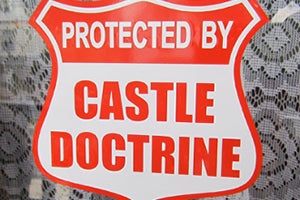 Proportional and reasonable force may be used to respond to an imminent threat of injury or death in any location.

Keep in mind the general rule that proportional and reasonable force may be used to respond to an imminent threat of great bodily injury or death in any location.

The castle doctrine creates a legal presumption that if:

To simplify, the castle doctrine recognizes that all burglaries, home invasions, or other similar attempts to unlawfully enter another person's residence create an inherent risk of great bodily injury or death to the occupants.

Therefore, the first part of the normal self-defense analysis is considered satisfied as a matter of law and the degree of threat to the occupants is assumed to be the highest possible – great bodily injury or death.

This, in turn, permits the occupants to:

In the most common application, this means that under the Castle Doctrine a resident of California is justified in most circumstances in firing a gun at a burglar.

Under normal self-defense rules, the resident would face arguments that the degree of threat was not high enough to justify a deadly response or that the resident did not reasonably believe themselves to be in danger at all simply by virtue of the unlawful entry by the burglar.

Contact Eisner Gorin LLP If Charged with a Crime

Keep in mind that the castle doctrine creates a legal presumption, not an absolute rule.

In some cases, the prosecution may be able to overcome the presumption with substantial evidence that the resident was not in fact in fear of imminent harm. 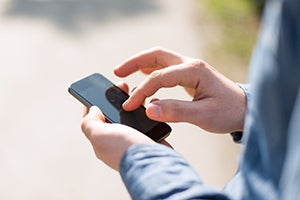 Call our law firm for an initial consultation to review the details of your case.

These cases must still be assessed on a case-by-case basis and the issues may ultimately be determined by a jury.