What are the Federal Visa Fraud Laws?

Visa fraud cases have significantly increased in the United States as government policies make it more challenging to enter the country. Many people enter the country using a visa obtained by using false information. 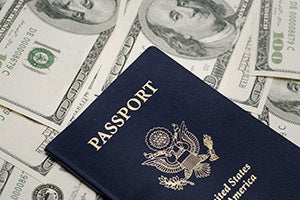 There are numerous actions that can be federally prosecuted for visa fraud and misuse of a permit.

While most immigrants will follow the proper procedures to obtain a visa and legally enter the country, many others will commit fraud illegally because they would likely be denied going through the normal process.

When government authorities become aware that someone has allegedly committed visa fraud, they will usually send them a notice of deportation and a hearing.

At the deportation hearing, the accused will be allowed to defend against allegations of visa fraud. If the court rules against them, they will be deported and not acquire a legitimate visa to enter the United States again.

If you are not a citizen of the United States, being authorized to enter, stay, and work in the U.S. is considered a solemn privilege and trust.

That's why attempting to use fraudulent paperwork to prove your right to enter or stay in the country is a serious federal offense.

If you are convicted of fraud and misuse of visas, permits, or other documents, as outlined in 18 U.S.C. 1546, you could face severe fines and up to 25 years in federal prison. Our Los Angeles criminal defense attorneys will review below.

What Constitutes Visa or Permit Fraud?

Title 18 U.S.C. 1546 details numerous specific actions that can be prosecuted as fraud and misuse of visas, et al. These include:

Visa fraud is often discovered when someone attempts to enter at a port of entry such as a border crossing or an airport. The United States Customs and Border Protection (CBP) is the immigration agency that will review a visa.

If they believe visa fraud has occurred, they will send the person to a secondary inspection. They will process their fingerprints, review pictures and immigration records, and ask the suspect several questions.

If they determine that the visa is fraudulent, they will issue an expedited removal order or arrest them on visa fraud charges.

What are the Penalties for Fraud and Misuse of Visas?

To convict someone of visa fraud, the government has to prove beyond a reasonable doubt that the defendant had possession of a forged, counterfeited, altered, or fraudulently made visa, and they knew it was forged.

Any instance of visa or immigration documentation fraud carries severe penalties under federal law, including fines and prison time. The severity of the sentence depends on the type of offense:

What are the Related Federal Offenses?

The crime of fraud and misuse of visas, permits, or other documents falls into the broader criminal category of passport and visa fraud. This refers to a group of federal laws regulating the documents related to travel in and out of the United States.

Quite often, visa fraud occurs in tandem with several other crimes, so it's not uncommon for multiple charges to be filed against a defendant. Examples of related offenses include:

What are the Common Defenses to Visa and Document Fraud?

As noted, for federal prosecutors to convict you of for fraud and misuse of visas et al., they must demonstrate two things beyond a reasonable doubt:

Thus, the most common defenses to visa or immigration crimes revolve around showing that you didn't know the documentation was fraudulent or that there was no intention to defraud.

For example, the attorney might argue that you received/purchased the visa from someone else but believed it legitimate. 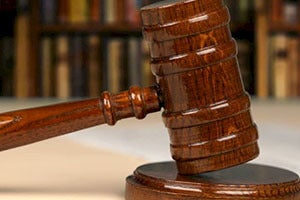 There are several common defenses against allegations of visa fraud and the misuse of a permit.

Perhaps we could argue you were aware the paperwork was fake, but you had no intention of using or distributing it. Maybe the issuing agency made a mistake made on the visa that nullified it. In other words, there was no intent to defraud.

There are a lot of foreign countries with businesses openly advertising they can expedite the process of obtaining a green card to the United States.

Many immigrants are simply unaware these businesses often produce fraudulent documents. Simply put, if we can show they didn't know the documents were fake, then there is a good chance of avoiding a conviction.

If you have been charged with Visa fraud in federal court in Southern California, contact our office to review the details and legal options. Eisner Gorin LLP is based in Los Angeles County, and you can reach us for an initial consultation at (310) 328-3776 or fill out our contact form.