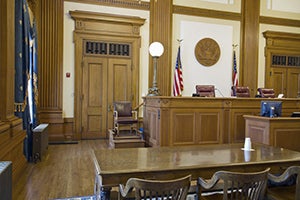 At our law firm, domestic violence charges are one of the most common criminal defense issues our clients face. Typically, but not always, the accuser and the alleged attacker are in a dating or marital relationship, and often cohabitate.

Domestic violence scenarios can start during a bad breakup, an argument over infidelity, or even a run of the mill verbal argument which escalates and gets out of hand.

Many different parties can initiate a law enforcement response. Often the alleged victim will call 911, though we have had many cases in which the person eventually accused of committing domestic violence was also the individual who summoned the police.

In other cases, a third party such as a neighbor or a bystander will become concerned enough to call the police. By their very nature, domestic violence accusations typically involve two intimate partners in a closed-door setting. These are the classic he-said/she-said scenarios.

For that reason, law enforcement and prosecuting agencies look to objective evidence to corroborate the claims being made against our clients.

If the alleged victim claims they were struck in a certain part of the body, there should be bruising or red marks. If they claim property was destroyed, there should be evidence of that at the scene.

When accusations cannot be corroborated by objective, independent evidence, we have a significant opportunity for a successful pre-filing intervention.

Many defendants are arrested on suspicion of a domestic violence offense are charged with corporal injury to a spouse in violation of California Penal Code Section 273.5 a potential felony offense.

Another common charge is domestic battery in violation of California Penal Code Section 243(e). However, in many cases, circumstances exist where the Los Angeles County prosecutor might be willing to reduce the charges to a lesser offense during a plea negotiation.

When some defendant pleas to a reduced charge, it can help them avoid the many negative consequences of a domestic violence conviction.

The Victim Can't Drop the Charges

It's a common myth the alleged victim can simply drop the charges after they called the police and you were arrested. In fact, they can't. In Los Angeles County, you can be arrested and prosecuted for domestic violence charges even if the victim doesn't want you arrested.

The prosecutor holds the final authority on whether to file charges and can proceed with the criminal case even if the victim decides they won't even show up in court.

The prosecutor assigned to the case is the only one who can drop charges. The alleged victim is considered a witness in a government prosecution.

Pre-filing intervention is the process of advocating with law enforcement and prosecuting agencies to have a case dropped. In domestic violence cases, there are often uncooperative alleged victims and significant motivations to exaggerate or outright falsify criminal accusations.

An effective presentation of the issues of proof as well as significant mitigating factors about:

Immediate intervention after a police report or arrest is made is the best strategy to avoid the expense and risk of a formal court filing.

Even if formal charges have been brought, effective representation is key to achieving the best outcome. In our experience, presentation of mitigation early in the process can help secure no-jail settlements and reduced offenses.

Often in domestic violence situations the prosecutor may want to avoid dealing with a victim who has recanted the initial statement to law enforcement and may therefore be open to a beneficial settlement. In cases where a settlement cannot be reached, a jury trial is our client's ultimate remedy.

Our experienced domestic violence trial attorneys can cross-examine the alleged victim about inconsistencies in his or her story, motivations to exaggerate or lie, and the lack of corroborating evidence supporting the accusation. Do you have a history of domestic violence?

It should be noted that California Evidence Code 1109 allows the introduction of prior domestic violence acts to prove a current act. Such evidence can prove highly prejudicial. Consult with our Los Angeles domestic violence lawyers for details.

Our criminal defense lawyers have handled numerous domestic violence investigations and already filed misdemeanor and felony cases in Los Angeles. The following real case scenarios may give you an idea of how these cases begin, and how they typically resolve:

In one recent case, client and his estranged wife continued to live in the same residence. One night, fueled by alcohol consumption and jealousy over the erroneous belief that her husband had begun an affair with a new girlfriend, the estranged wife called law enforcement and claimed that client had assaulted her and her friend in the shared residence.

The estranged wife claimed significant injuries including choking as well as property damage in the house. Law enforcement arrested client at the scene on felony domestic violence charges, and he was required to post a bail bond before being released from custody.

Our firm was retained within 48 hours of client's release to conduct a prefiling intervention. We took detailed statements from client focusing on the alleged victim's motivations to lie, her alcohol consumption, relevant third-party witnesses, and the issues of proof.

Notably, we were informed about the alleged victim's claims of specific injuries and property damage which were unsupported by the objective evidence in the case. After several written and verbal contacts with law enforcement and the prosecuting agency reviewing the case, charges were dropped completely before court. Client was never charged, much less convicted, of any crime despite being initially arrested for a felony.

In another case, our criminal defense law firm represented a young man who had been arrested for felony domestic violence following a violent altercation between himself and his girlfriend.

The alleged victim had visible marks on her body consistent with her claim that she was choked and struck numerous times. Our client was a student with a promising future who had no prior history of criminal conduct. However, based on the substantial physical evidence in the case, felony charges were initially filed in Superior Court. Our law firm was retained for court representation.

Over the course of several months, our firm engaged in aggressive settlement negotiations with the District Attorney's office. Thankfully for client, we were able to reach a misdemeanor resolution with probation and community service which avoided jeopardizing client's academic career as well as his immigration status.

By focusing on the mitigating factors in the case, especially our client's previously clean record, and presenting a compelling case for an early disposition, client avoided a lifetime as a convicted felon as well as significant time in custody.

The preceding scenarios highlight a key point about domestic violence investigations and court cases. When you or a loved one has been arrested for felony domestic violence charges, early intervention is key to maximizing the chances of avoiding a formal filing in court.

Even if charges have been filed, effective representation can result in a positive outcome such as reduced charges and a sentence of probation. Even where the evidence against our clients is strong, we work to contextualize the conduct by highlighting the background and character of our clients as mitigation.

Just because you are charged with a felony in court does not mean you must accept a felony conviction or jail time.

If you or a loved one is under investigation or has been charged with a crime, contact us at 877-781-1570 immediately to discuss your options.